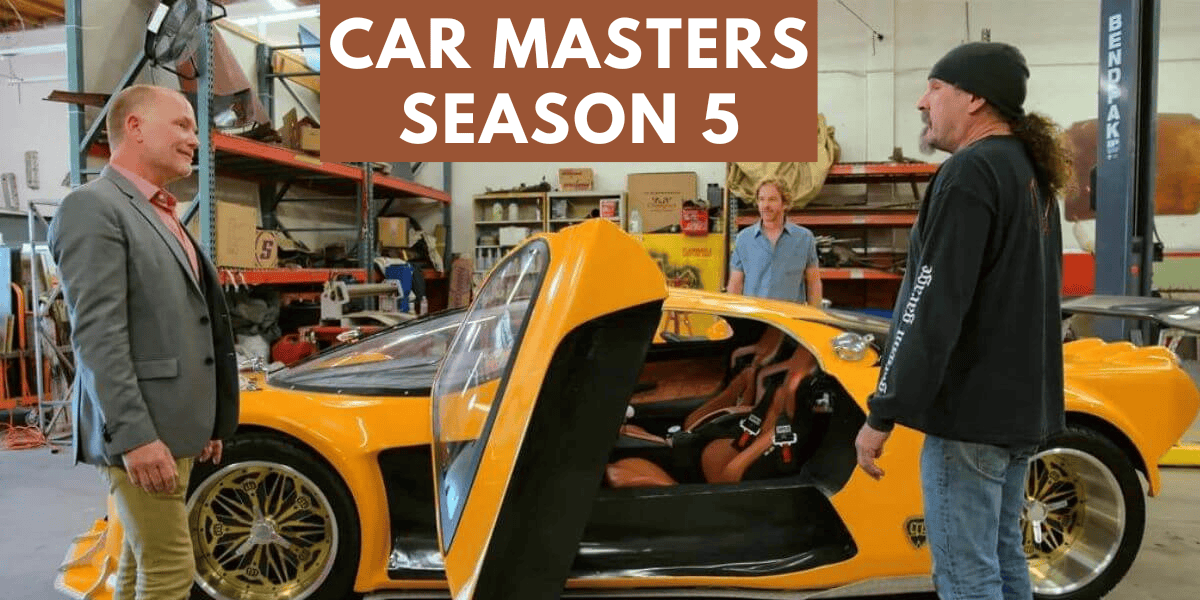 This show is for you if you enjoy seeing ancient vintage cars transformed into brand-new contemporary vehicles. Car Masters: Rust to Riches, as the name implies, takes old, rusted automobiles and gives them a brand-new appearance in order to increase their resale value and generate significant profits for their business.

The story is set in a genuine garage in California called Gotham Garage, which has made numerous props for television shows and film studios throughout the years.

It’s an American reality show that came out on Netflix in the year 2018. This show is about the people who work at the Gotham Garage and how they use their own ideas to fix up old cars. Mark Towle is in charge of the garage’s team.

He is one of the leaders who never gives up on a project, no matter how hard it is. Mark would take on new projects in each episode. This show doesn’t pay much attention to the drama or personal lives of the crew. 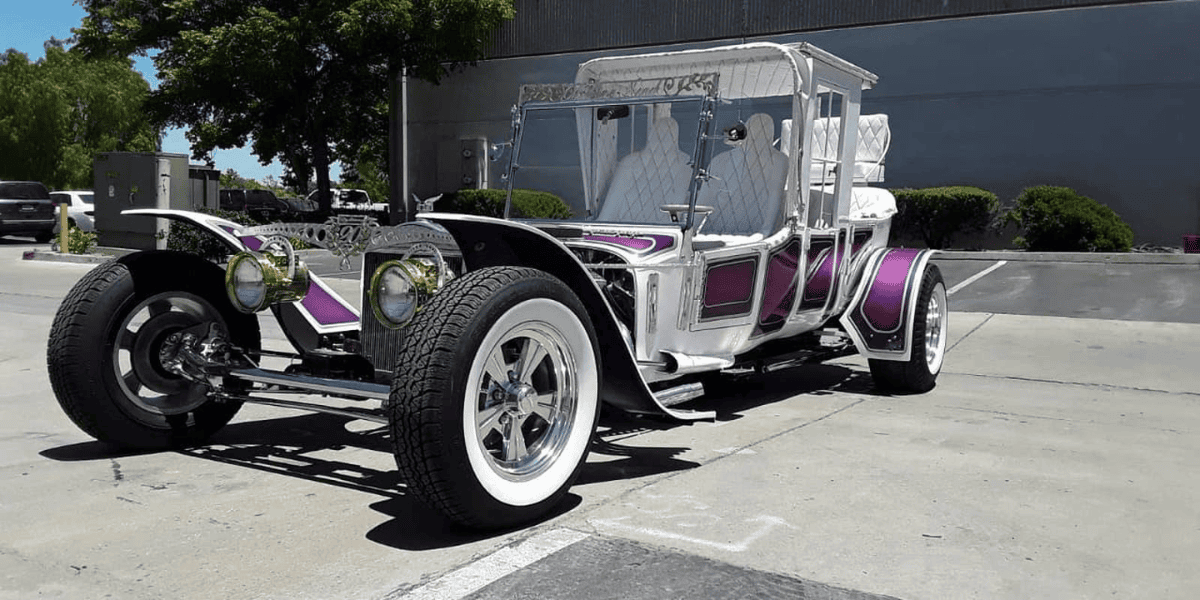 This show became so popular because it has such a high level of creativity that has never been seen anywhere else. This show is great for car fans because they do projects for many different kinds of cars. You might even be able to see a model of car you’ve never heard of.

Mark likes to push his creativity, so every time a car is fixed up in this garage, it’s a one-of-a-kind job.

In season 5, there will be even more creativity that can’t be imagined. Mark Towle and his team will give the old cars a new look that they deserve, and their garage will make even more money.

Car Masters: Rust to Riches season 5 would definitely take on a lot more unique projects that would make fans interested in their skills. Fans, as well as the cars, will notice some changes at the Gotham Garage. The show is set in California, where a lot of people who like cars live, so it caught their attention. The company that makes this show is called Mak Pictures.

The fourth season of the series has only recently been made available, having done so on July 27, 2022. It consists of eight exciting episodes. We believe that there will be a fifth season of the show due to how popular it is, and we anticipate that it will premiere sometime around the year 2023. However, as of this moment, Netflix has not offered any kind of formal confirmation.

Now, fans of this show shouldn’t let themselves get discouraged because there has been no official comment made regarding the fifth season. However, this does not necessarily imply that the show is going to be canceled.

The amount of money that a series is bringing in for the network, the size of its audience, and how well it has been received by critics are some of the factors that determine whether or not a series will be renewed.

And fortunately for both us and the show, it fulfils all of those requirements. Therefore, there is a strong likelihood that Netflix will decide to renew this show for a fifth season in the not-too-distant future.

The third season of this show is the only season that has ever received some negative reviews, however, the positive reviews have completely drowned out the negative ones. The future of this event appears to be as bright as the cars after Mark Towle and his crew have finished restoring them, provided that the show continues to function as smoothly as it has been doing for such a long time. 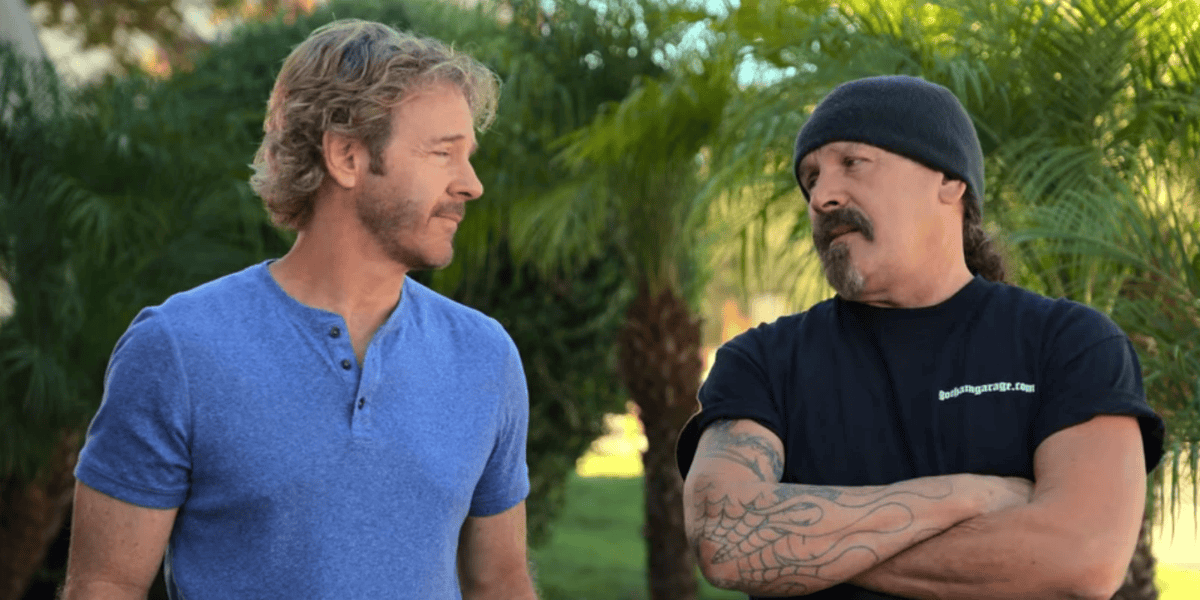 Mark Towle will undoubtedly return in season 5 because he is the proprietor of Gotham Garage, the shop where Car Masters: Rust to Riches is filmed. With the assistance of his talented and dedicated team, Mark Towle is able to transform old automobiles into new ones. Without them, Mark would find it difficult to run such a large business by himself. Therefore, in addition to Mark, his team will also be there.

The team’s innovative and diligent individuals, who ensure that the project runs well and everything goes as planned, consist of:

Constance Nunes: The only female employee of the Gotham Garage, she specializes in engines. Being the sole female in a male-dominated field is never easy, but Nunes managed to win over her admirers by taking her job very seriously. She brings so much expertise and experience to the table.

Michael “Caveman” Pyles is a handyman who has amassed a large fan base due to his prowess, sense of humor, and active lifestyle. The show goes on thanks to the caveman. When it comes to transforming automobiles, he is a creative genius. He enjoys bikes as well as automobiles.

One of the primary actors in the show is the fabricator and machinist Tony Quinones. Tony has a highly upbeat demeanor and enjoys making others feel comfortable. In each episode, you can see him working really hard. He has been a part of the series since the beginning. Every episode included beautiful artwork created by Tony as a result of his inspirations and ideas.

Shawn Pilot: Contributed to the film “Three Kings.” He initially appeared in “Will.I.Am of the Black Eyed Peas,” episode 2 of season 2. Shawn is the one who negotiates contracts and tracks down the most qualified customers for the fully restored car.

If season five of Car Masters: Rust to Riches materializes, Nick Smith might also appear. Towle invited Smith because he wants to advance his business. Smith is a businessman and the proprietor of a website that hosts online auto auctions. The skilled fabricator’s Brian and Jake, who work with Nick, will also join in the fifth season. They are all anticipated to have significant roles in the upcoming season.

There may be further new characters in Season 5 who have not yet been revealed.

What Can You Expect From Season 5 of Car Masters?

However, we can expect to see some new faces in the fifth season of Car Masters: Rust to Riches. This season will likewise have eight episodes, as have all of the previous ones. We can also expect a slew of unimaginable projects and imaginative restorations of vintage automobiles.

The fifth season of The Car Masters: Rust to Riches will feature eight episodes, as has been the case with all previous seasons. Season 5’s projects are still a mystery to us, but you can bet they will be top-notch.

Currently, there is no trailer for the fifth season but you can enjoy the previous season 4 trailer which is mentioned below-

Read more: Riverdale Season 6: When Is Season 6 of ‘Riverdale’ on Netflix?