Even though season 1 of The Kardashians on Hulu just ended a few weeks ago, fans of the show got a sneak peek at season 2 this week. This confirmed the big news that Kim Kardashian’s boyfriend Pete Davidson will be joining the cast.

The short trailer, which announced that the show would be back in September, showed all the drama that would happen because of Blac Chyna’s lawsuit against the family, Kris Jenner’s possible health scare, Kylie Jenner had her second child, and Khloe Kardashian and Tristan Thompson’s breakup.

With only a few months to go before we see one of the most famous families in the world again on TV, here’s what we know so far about season 2 of The Kardashians and how to watch it in the UK.

When Did the Second Season of the Kardashians Start Filming?

The second season of The Kardashians seems to have started filming almost as soon as the first season ended, which is exciting.

In June 2022, just a few weeks after the first season of The Kardashians ended, Kylie Jenner shared a look behind the scenes on the set by posing by a golf buggy and two trailers used during filming (you can also see the director’s chair).

Who is in Season 2 of the Kardashians?

The core cast of The Kardashians never changes, unlike other reality shows like The Real Housewives. Even though there may be new people on the show, like their kids or people they like, the Kardashian/Jenner family is at the center of the show.

Kim Kardashian is, of course, in charge of the show. The owner of The Skims and soon-to-be lawyer isn’t the family’s matriarch or even the oldest sibling, but she helped build the family’s reality TV empire, and she may be the most well-known member of the family.

Kourtney and Khloé are the only other Kardashians on the show. Kourtney’s brand Poosh keeps making her name synonymous with health and wellness, and Khloé’s clothing company Good American keeps growing.

Even though the show is called “The Kardashians,” there are just as many Jenners in the cast. Kris Jenner(Instagram) kept her last name even after she and Caitlyn Jenner got a divorce. Maybe this was a smart choice since the name Kris Jenner is synonymous with top-notch entertainment management.

Kendall and Kylie Jenner, the two youngest, have pretty much spent their whole lives growing up in front of the camera. They went from being young kids to being adults who could do things on their own. Kendall is one of the best models in the world, and Kylie has built a $1 billion beauty business. Not too bad for two women.

If you’re hoping to see Rob on this season of The Kardashians, you shouldn’t get your hopes up. Also, if you look at the trailer, you might not see as much of Scott Disick, who has been a Kardashian for a long time.

The Plot of the Kardashians Season 2

By the end of season 1, it was clear that Khloé had been through the most trouble. When Kim found out that Tristan Thompson, her sister’s on-again, off-again boyfriend, had another child with someone else, she told Khloé right away.

The youngest Kardashian sister must have been crushed by the news, and it’s understandable that she needed a moment to pull herself together. It seems like season 2 will be about her trying to move on after her heart was broken.

People also got to see Kourtney and Travis Barker get engaged in season 1. Well, it looks like the happy couple will spend most of season 2 planning their wedding. We don’t know yet if Scott’s feelings will be a part of this story arc.

Kim’s first season was mostly about her trying to become an attorney while being a mom, getting divorced, starting a new relationship, and running her business. It looks like that’s what people will see from her in season 2 of the show.

season 2? count us in 🤍 see you september 22 on @hulu, Disney+ internationally and Star+ in Latin America. pic.twitter.com/zyItvMqMwq

In an interesting twist, viewers won’t just hear from her boyfriend Pete Davidson like they did last season. Instead, they’ll see him onscreen with her in the next few episodes.

Most of the time, the Jenner sisters don’t talk about their problems on camera, and it looks like season 2 will be the same. Kylie will try to live her best life after having her second child, and Kendall’s new hair color will surprise viewers.

Kris comes next. The “momager” will have her own health crisis that she will think about telling her kids about.

Oh, and let’s not forget that the family is being sued in season 2. The lawsuit for millions of dollars mentioned in the teaser seems to be the one that Rob Kardashian’s ex-girlfriend Blac Chyna filed against them. (Those who don’t know much about the case should read The Washington Post’s (opens in new tab) coverage.)

When Will Season 2 of the Kardashians Come Out?

The second season of The Kardashians will start on Hulu in the US on September 22, 2022.

The first season of the reality show started in April 2022 and had 10 episodes that came out every week.

Is There a Teaser for the Kardashians Season 2?

This week, Hulu released a trailer for the second season of The Kardashian, giving fans a sneak peek at Pete Davidson’s first appearance on the show. You can look at it here. 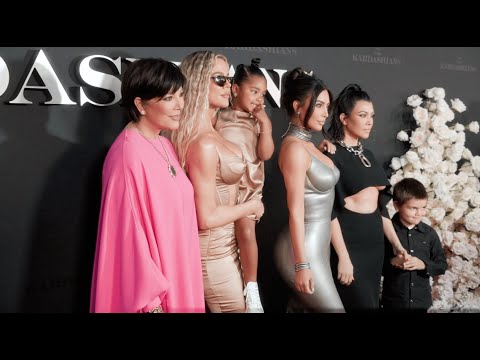 How Can I Watch Season 2 of the Kardashians in the UK?

In the US, you can watch The Kardashians on Hulu. Fans in the UK will be able to watch the first and second seasons of the show on Disney Plus.

You can find The Kardashians on Star, which is part of Disney Plus. Star is where more mature shows like Family Guy, Modern Family, Atlanta, and 24 are found.

Will There Be a Second Season of the Kardashians?

On July 11, Hulu announced that season 2 would come out on September 22, less than six months after the first season. The Kardashians moved their reality show to Hulu because the streaming service could give them a faster turnaround time.

When Will the Next Season of Kardashians Air?

When will the second season of The Kardashians come out? Yes, the next episode will air on September 22, 2022, just over a month after the last episode of the first season.