Fear has many different meanings, and each person has their own. Some people think of fear as being afraid of ghosts, while others have phobias. Some people relate to fear on an emotional level, like the fear of losing loved ones, which can cause a lot of pain. Others relate to fear on a physical level, like the fear of diseases like cancer, AIDS, and Covid. Let’s discover some of the scariest things in the world.

In a strange way, truth is stranger than fiction. Every now and then, you might catch a glimpse of something that will make your skin crawl. It could be something made by nature, a thought, a pandemic, something made by people, or your fear.

Most Terrifying Things in the World

The world is full of both amazing things and scary things. Here is a list of the scariest things in the world, in case you don’t know about them. 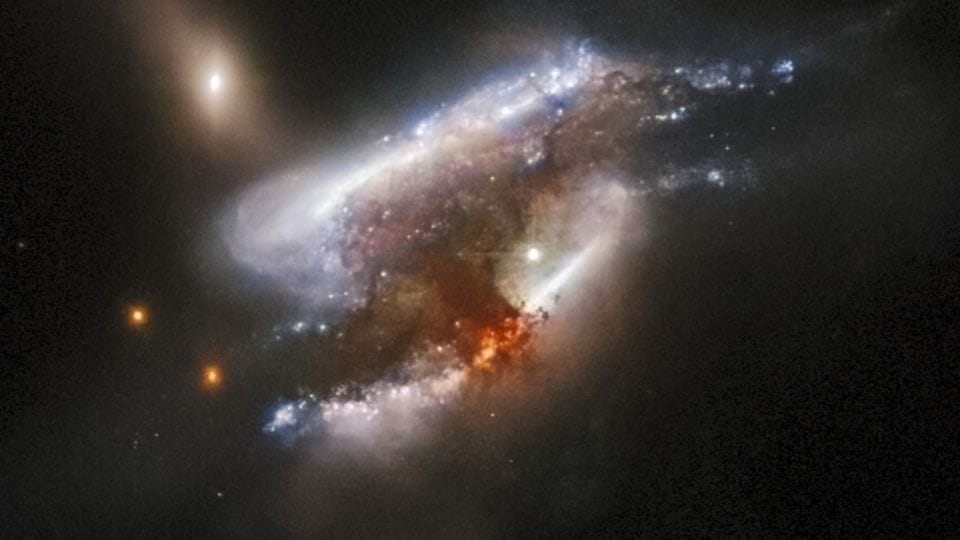 The universe always has something new to show us. Every now and then, something happens in the universe that blows everyone’s mind. From huge light shows to dying stars and everything in between, the universe is the most interesting place. It can also be scary at times.

One of the scariest things to ever happen was when three galaxies crashed into each other. 2007 was the first time people saw it. Even though it’s very common for two galaxies to crash into each other, a crash of all three is very scary. 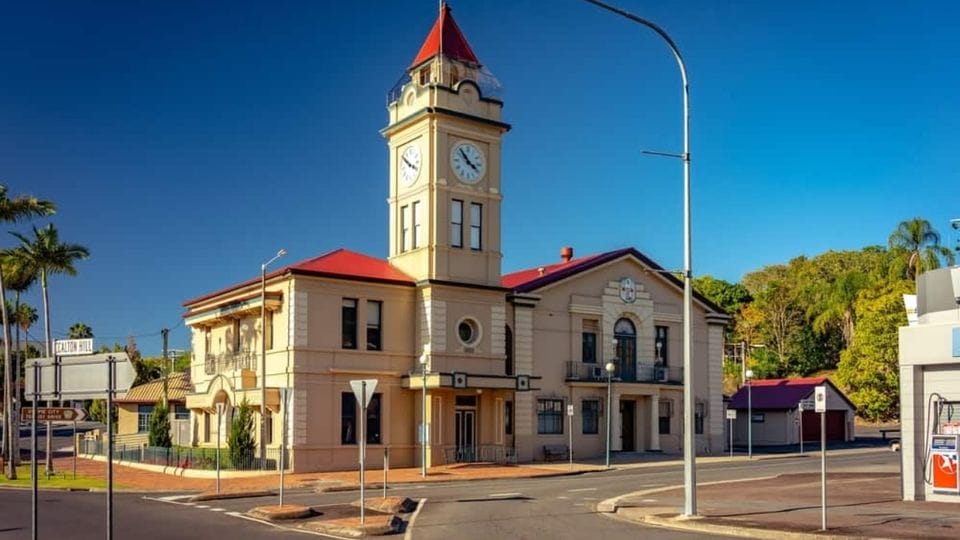 The Gympie is a plant that grows in Australia. Its sting is so strong that it can last for months. The scariest thing about this plant is the poison it makes. This plant has hairs on it that sting and causes a lot of pain all over the body.

This dangerous plant can be found all over the rainforest. They are so beautiful to look at that you might want to take a picture of them. But be careful, their poison may hurt you more than you can imagine. 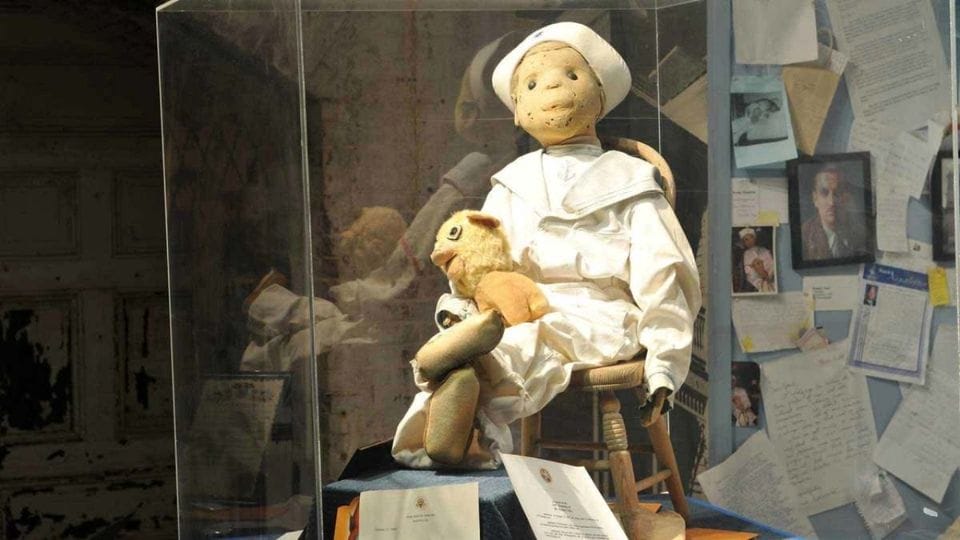 Many stories, myths, and legends say that cursed objects can make people sick with all kinds of bad things. And do you know what’s the scariest thing about these curses? You might not even know you have been infected.

A hex or spell put on something could be called a curse. It could be hurt by touch, an object, or something else. It can also be done by looking directly at someone. A curse can sometimes affect not only you but also your children and grandchildren. 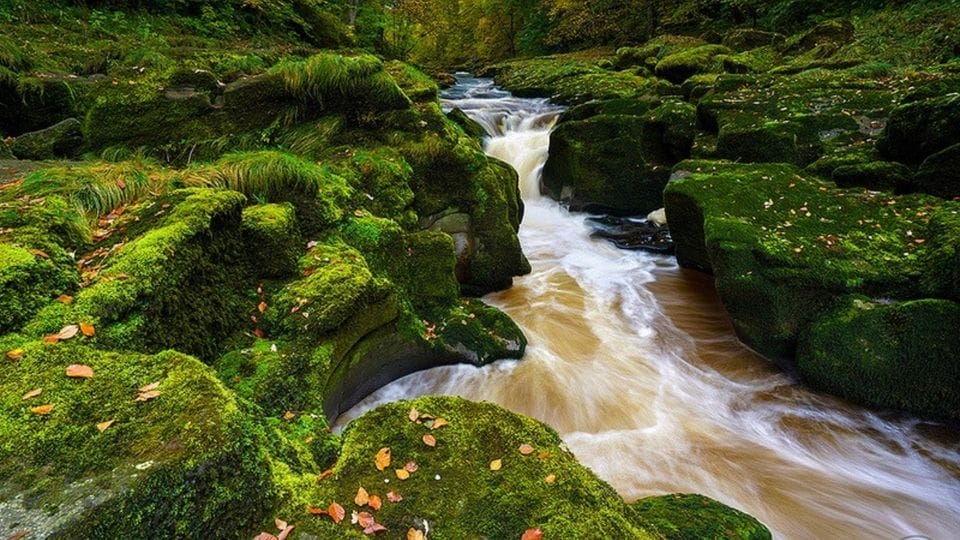 In the English county of Yorkshire, between Barden Tower and Bolton Abbey, there is one of nature’s most dangerous traps. It might look like a small mountain stream about six feet long. The water looks quiet. But if someone falls into the strong undercurrent, they may be pulled under and drown.

Local legend says that anyone who has ever set foot in this stream has been pulled under by the current. 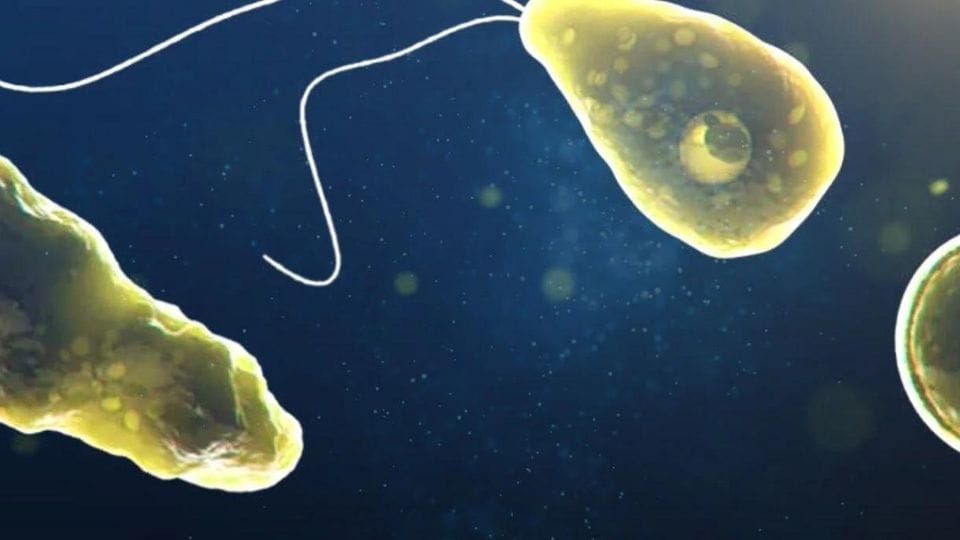 Yes, you did hear correctly. The scientific name for the amoeba that eats brains is Naegleria. If you swim in dirty water, this parasite can get into your body through your nose.

The amoeba moves from your nose to your brain, causing a lot of swelling. Some places in Louisiana have already found evidence of this in their tap water. 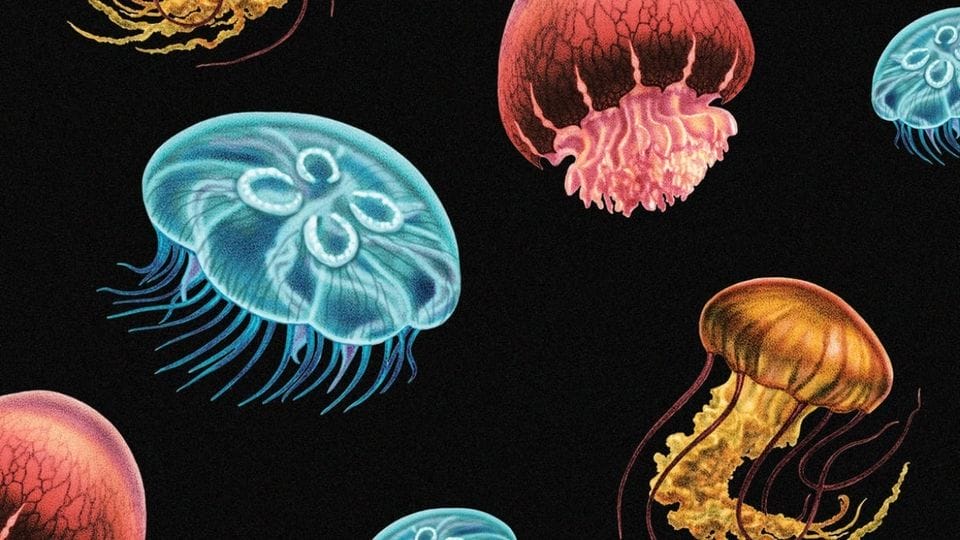 Jellyfish are one of the most dangerous animals on Earth right now. Reports, cases, and studies show that when a jellyfish stings you, it can cause minor redness, a rash, and fatal paralysis. It is known that jellyfish are the most poisonous marine animal.

The Irukandji syndrome can happen if you get stung by an Irukandji jellyfish. Many scientists have said it feels like the end is near. 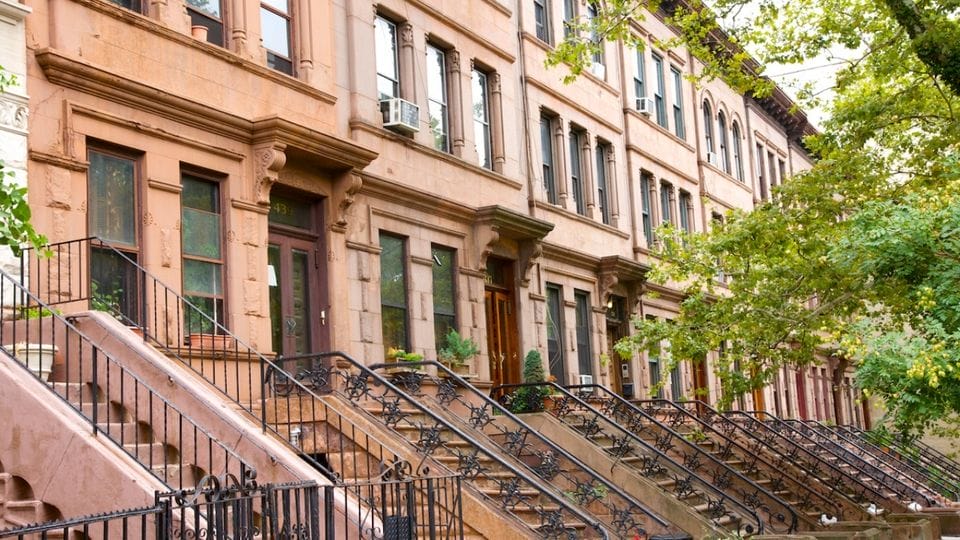 Acrophobia, or the fear of heights, is a real fear that a lot of people have. People who are afraid of heights usually don’t look down at the ground from their terrace or even from the second or third floor of their building. They say that just looking down makes them feel like they’re going to fall off and hurt themselves.

People who are afraid of heights also have a hard time going on rides or doing adventure sports. But if this fear gets out of hand, it could be unhealthy and make no sense. If you have acrophobia, it’s best to do something about it as soon as possible.

The Church of Bones 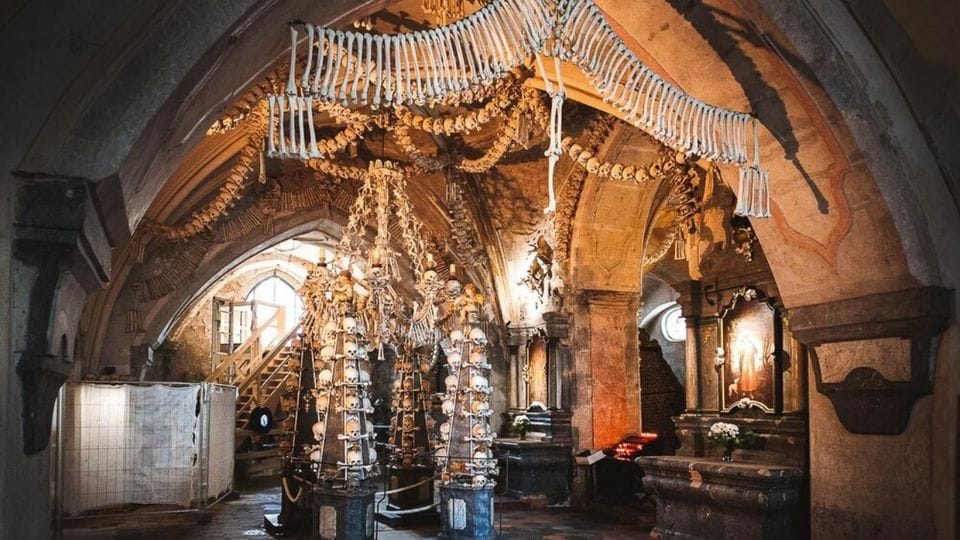 It is something else that might make you jump. The Sedlec Ossuary is the name of a church in the Czech Republic. This place is scary because the inside of the church is made of human bones.

So, why did this happen in a church, which is a holy place? People say that there were so many people in the cemetery that they couldn’t all be buried at once. The leaders of the church said that if their bones became part of the church, it would bring them closer to God. 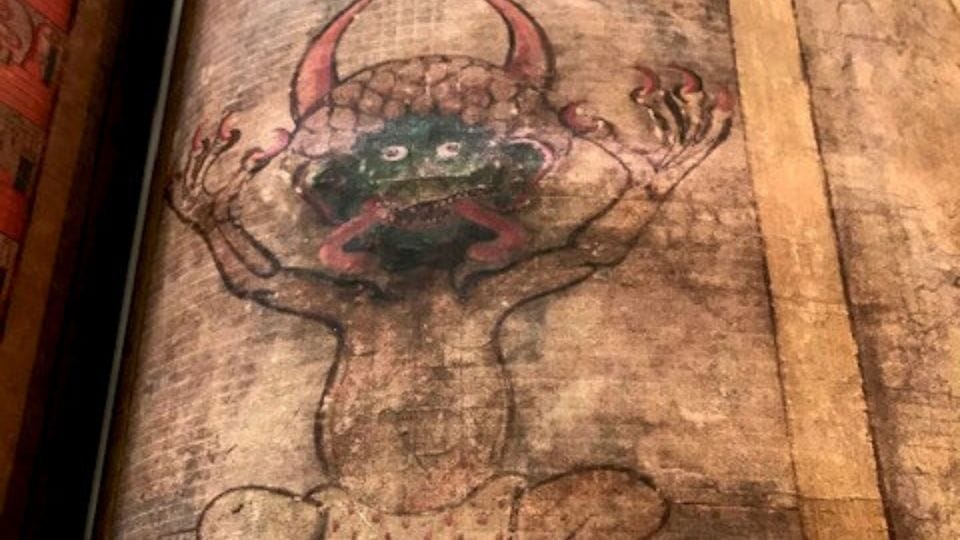 Codex Gigas is another scary event that might keep you from getting a good night’s sleep. This book is a legendary Latin manuscript that is also called the Devil’s Bible. It is said to be the result of a deal between a monk and Satan.

In the 13th century, a monk was about to be put to death for his crimes unless he could write an impressive piece in one night. In order to do this impossible thing, he sold his soul to Satan and made this 3-foot-long, 165-pound book. The Devil’s Bible is a real piece of writing. 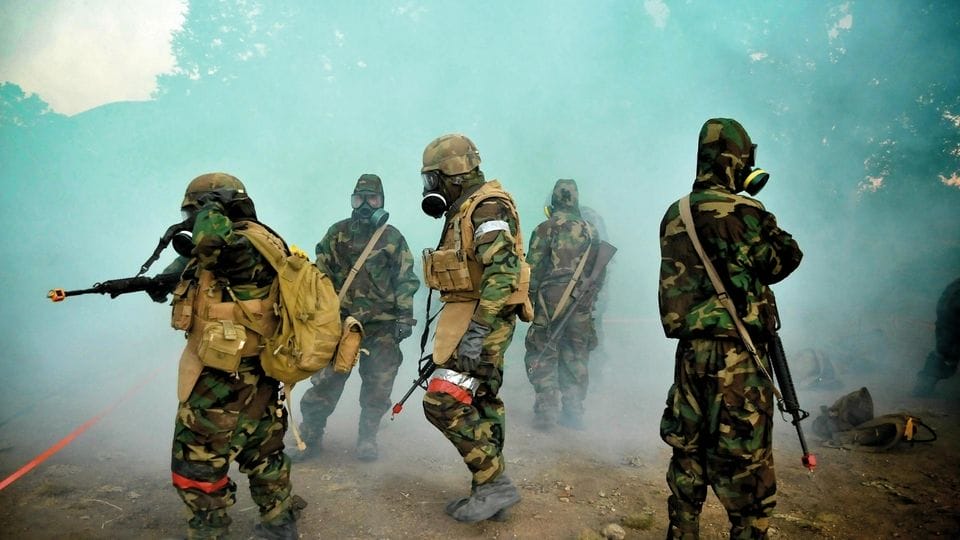 People think that all wars are scary, but there’s something different about biological warfare.

The idea of making bio-weapons goes all the way back to ancient times. But there is also evidence that the 14th-century outbreak of tularemia in the Eastern Mediterranean was a form of biological warfare.

What Happens if Someone Touches a Gympie Gympie Plant?

Even when its leaves are dead, the Gympie-Gympie is still able to sting. The tips of the silica hairs can break off when they are touched. The hairs can get stuck in the skin, which can cause pain and sensitivity for a long time. Many people have said that a sting hurt them for months.

Who Among You Has Dived the Strid?

Even though there don’t seem to be any hard numbers about how many people have died in the Strid, a local legend says that no one who has been brave enough to go into the water has ever come out alive. Even so, people still like to walk along the hiking trail that leads to the Strid.

Are Jellyfish Harmful to Humans?