Web of Make-Believe Death, Lies, and the Internet is a 6-part anthology series from doc director Brian Knappenberger, Luminant Media, and Imagine Documentaries. It tells stories of people caught in the dark and twisted web of modern misinformation and digital deception.

The series explores the repercussions of “SWATing,” racial racism, an IRS robbery, and Russian election influence. When a typical American household encounters misleading information, the reality is skewed.

The novel has great characters and twists. Web of Make-Believe: Death, Lies, and the Internet is a documentary series directed by Brian Knappenberger.

Reviews of Web of Make-Believe: Death Lies and the Internet

Each of the five stories is different and scary. As you watch this, you will likely feel angry, annoyed, and helpless. Still, you should watch this Netflix show about real crimes.

Early on, you’ll learn that even if something doesn’t start online, it can get very dangerous very quickly on the internet.

Web of Make-Believe has great production quality and well-explained instances. They often reveal much. They usually interview the story’s protagonists. This includes cops, victims, and victim friends.

In one example, a true criminal is confessing all she did. When this gets out, I fear for her safety. She didn’t fare well with the alt-right. Now that she’s free, everyone will come after her.

Even though Web of Make-Believe is a documentary, it could also be filed under horror because it shows in great detail how so-called harmless internet pranks and so-called political websites have led to scary behaviour.

The best example of the show’s strategy is the episode “I Am Not a Nazi,” which looks at how a woman only known as Samatha became a powerful member of the alt-right.

We see every step of how she became a member of the white supremacist movement, and Samantha herself admits that she is both weak and to blame.

By the time she turns away from her tribe (she ended up being a key witness against the white supremacists who started the Charlottesville riot in 2017), we can see how the flood of hate speech on popular websites like YouTube and Twitter pushed her further into hatred than she ever thought she could go.

In the same podcast, a Unicorn Riot member speaks about doxxing white supremacists and ruining their lives online.

Unicorn Riot is on the right side of history, but this incident raises an unsettling issue about online weaponization.

Other episodes reflect this ambivalence, such as a disturbing look at “SWATing,” or making bogus emergency calls to send a SWAT unit to an innocent person’s home.

Even while the music depends on “synthesizers of dread” and the darkly illuminated reenactments make the program seem like a more visual 1980s-style Unsolved Mysteries, we’re left with a sophisticated look at what’s occurring on computer screens throughout the nation right now.

You might want to think about how long this show is and how long it will take you to watch it all before you start. It might be better to watch Web of Make-Believe in small chunks than to watch it all in one sitting. 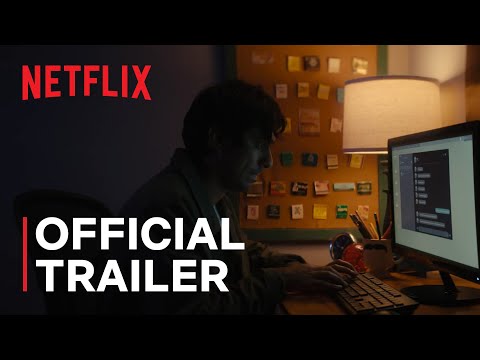 Episodes range in length from 46 minutes to 1 hour and 4 minutes, with most of them being on the longer end. To watch all six episodes will take about 5 hours and 39 minutes. But since this is a collection of short stories, you can also choose which ones you want to read. You don’t have to see all of them.