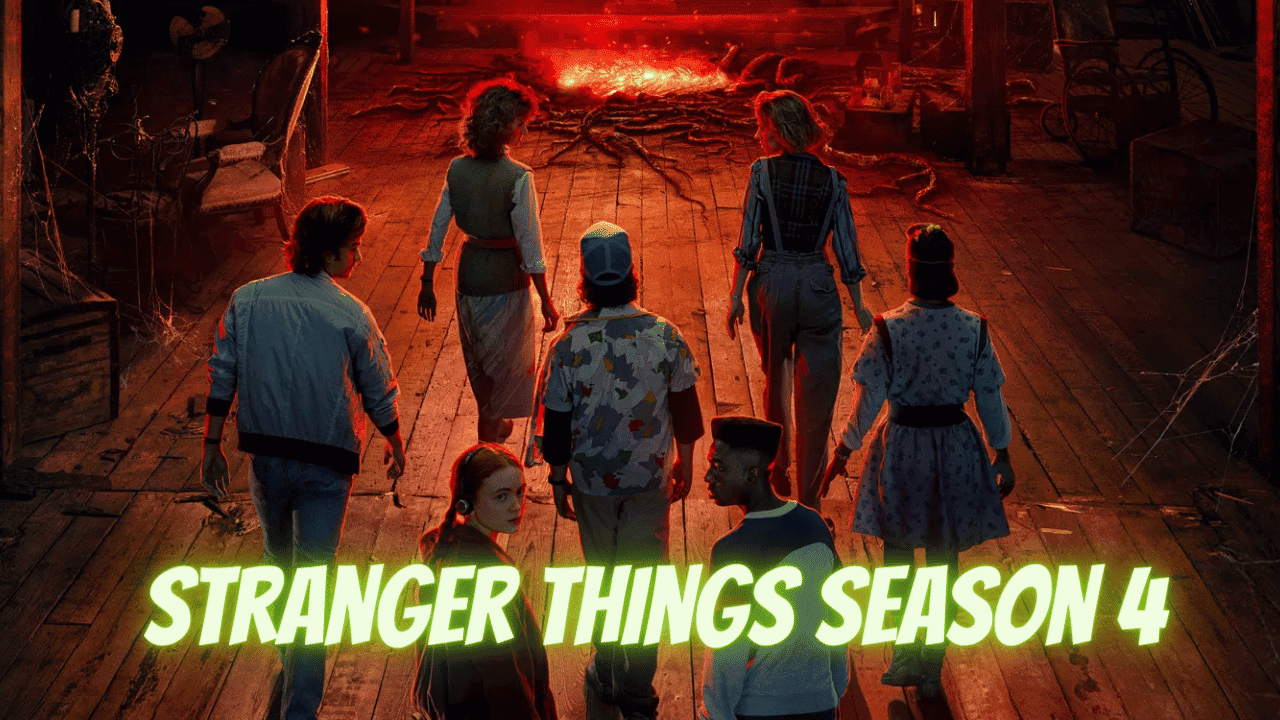 We may still be holding out for an official premiere date, but the streaming giant has unveiled a few more details about the much-awaited Stranger Things Season 4. Fans have a new teaser video to look forward to.

Eleven was confined by an unidentified figure in the first teaser, as the Hawkins gang scoured a gloomy, enigmatic room with a flashlight. The remainder of the crew entered the Creel house, which belonged to Robert Englund (Freddy Krueger legend), which is shown in the new footage, which aired at Netflix’s TUDUM event. 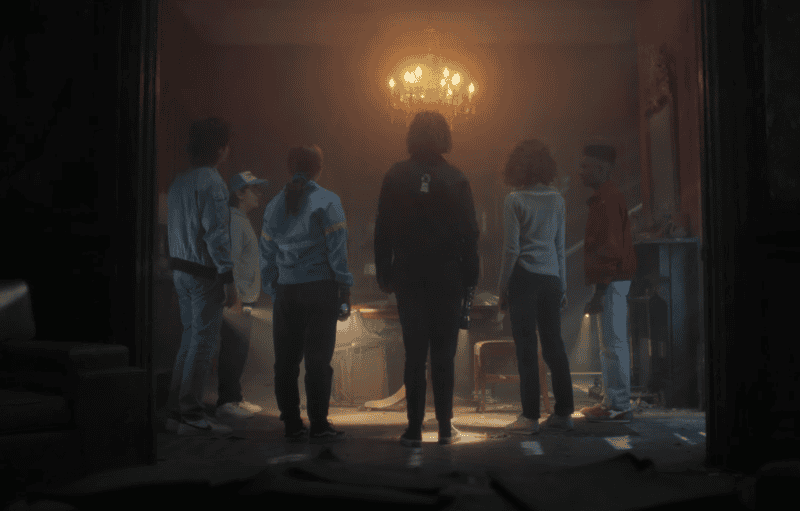 The fourth installment of the much-awaited series will be set to debut in 2022. The announcement was followed by a brief teaser that included a sneak peek of Season 4 footage.

Netflix hasn’t specified a precise release date for season 4. Audiences will have to wait for extra info on when the new season will come out. Stranger Things 4 filming was halted in 2020 because of COVID-19 constraints, as was the case with many other projects. Stranger Things Twitter posted some behind the scene shot from the set when production officially resumed in October 2020, revealing a slate at the front of the vintage clock that was also seen in the Olympic teaser.

meanwhile in the upside down… pic.twitter.com/BtPlMjy0pS

Netflix has dropped the Season 4 teaser of Stranger Things on May 6th. It’s unclear in which timeline the teaser takes place, but we’re promised a return to Eleven’s (Millie Bobby Brown) childhood home of Hawkins Lab.

Brenner (Matthew Modine) returns in the footage, this time speaking to the other children who were subjected to the same experiment as her. He turns to Eleven, who is sequestered in a separate room, and asks if she’s paying attention. Has he discovered a means to telepathically converse with Eleven? Is it possible that she’s going back in time?

Stranger Things Season 4 Will Not Be the Last Season?

Fans of Stranger Things need not fear: season 4 will not be the final season. Millie Bobby Brown may be starring in new Netflix films such as Enola Holmes, but she hasn’t abandoned the show that gave her a household name just yet.

The Hollywood Reporter quoted showrunner Ross Duffer as saying, “Season 4 won’t be the finale.” “We know what will happen at the end, and we know when it will happen. [The coronavirus epidemic] has provided us with the opportunity to plan ahead and choose what is best for the show. We were able to get a better understanding of how long we needed to deliver the story once we started filling it out.”

How many seasons will there be in total? That will have to wait and see. The Duffer brothers did not respond to a request for comment. Whatever the case may be, Stranger Things will return after season 4, and we are grateful for that.

It’s been hinted that Murray Bauman, the Russian-speaking conspiracy theorist from season 3 (who is now a regular cast member for season 4) knows something about Hopper’s whereabouts and could bring him back to Hawkins. Call Murray’s home phone number (618-625-8313, according to the episode) and you’ll get the following message:

“You’ve reached Murray Bauman’s home. If this is Mom, please hang up and call me between 5 and 6pm as previously agreed. If Joyce: Joyce, thank you for calling. I have news. It’s about… well, let’s talk in person. It’s neither nice nor evil.”

“This is the first time the show will travel beyond Atlanta,” Netflix’s Momita SenGupta said of the choice to film in New Mexico.

So why is Stranger Things changing gears? It’s almost certainly a spoiler. “I’d be in the Witness Protection Program if I told you,” Sengupta said of the New Mexico sights. Aliens were purportedly observed in Roswell in 1947, according to those who know their UFO history. It gained popularity in the late 1970s-early 1980s. Maybe Bauman’ll go exploring.

Expect Stranger Things season 4 to explore Eleven’s post-telekinetic life with the Byers in a new (yet-to-be-revealed) town. In an interview with Entertainment Tonight, Noah Schnapp (Will) hinted that the storey may connect with him in a new location: “I know I may have a different plot than everyone else, so we may be filming somewhere else.”

New set photographs show Eleven being wheeled on a stretcher, replete with an oxygen mask. There are also police cars, an armed soldier or guard, and tonnes of wreckage, so whatever occurs now appears destructive. 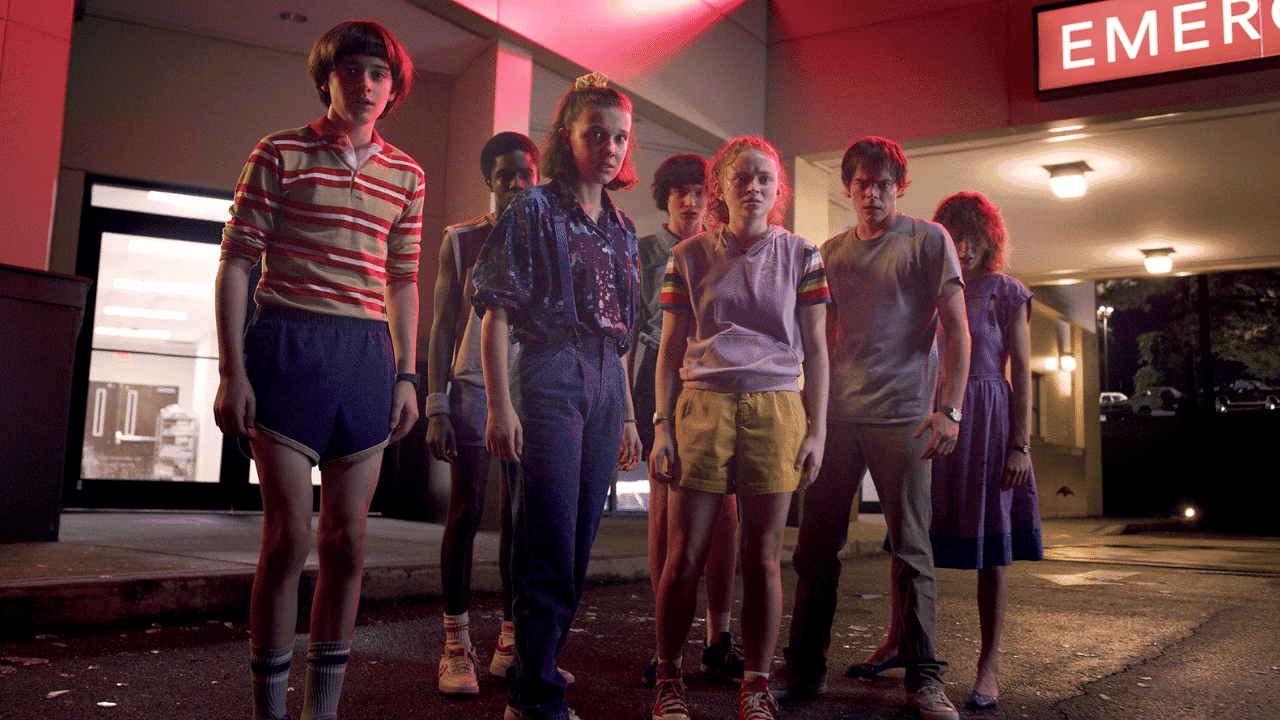 “I believe the greatest thing that’s going to change [in the upcoming season] is it’s going to expand out a little bit, not necessarily in terms of scale, but open up in terms of letting plotlines into regions outside of Hawkins,” Ross Duffer said in Entertainment Weekly.

“Areas outside of Hawkins” may imply the Byers’ new home or future visits to the USSR — after all, after creating that massive base under the Starcourt Mall, it’s unlikely Communist forces will ever leave. Indeed, Duffer may be referring to the enigmatic land of the Upside Down, which we’ve spent little time and know much less about.

We only know what it produces, like Demogorgons and the Mind Flayer,” Caleb McLaughlin, who plays Lucas, told Entertainment Weekly. “But the Upside Down is a different world. No one knows because our world is so huge and has so many Demodogs, Demogorgons, and Mind Flayers.”

Perhaps not even the Duffers, as Levy revealed to SFX in June “We don’t really have a plan. We don’t plan everything since we end up investigating what interests us at the time.”

“We don’t know much about Stranger Things Season 4,” Ross Duffer told Entertainment Weekly in July. “We knew about Billy [Hargrove] by season two. We expected the Russians to arrive. We didn’t know the mall, but we knew the larger picture. Season 4 is sort of at that point. We have big ideas. Now it’s only a matter of filling in the blanks. We’re excited to see where it goes. It’ll be unlike this season. But I think it’ll be thrilling and the correct thing to do.”

Season 4 may be the show’s finale, according to David Harbour. “I mean, it’s huge,” he told Collider. “Aside from the fact that we’re no longer in Hawkins, We’re bigger in size. We’re adding new content, but also tightening and tying it up in a way that I can’t yet reveal.”