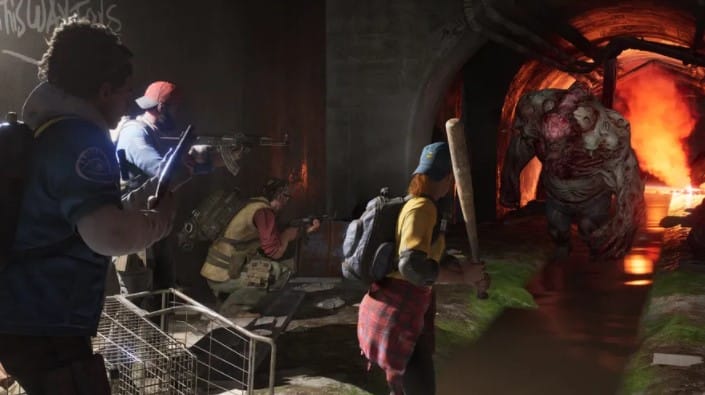 Back 4 Blood is a multiplayer co-op shooting zombie shooting game in the same vein as the highly successful Left For Dead that came out in the year 2008. Helmed by Turtle Rock studio, the co-op zombie fighter will take over PlayStation, PC, and Xbox in October with an open beta which is been already into play since August 5.

Featuring gore, guns, and zombies everywhere, Back 4 Blood will pit players against each other in an eight-player PvP and four-player co-op modes as a team of skilled “cleaners” against the “infected.” 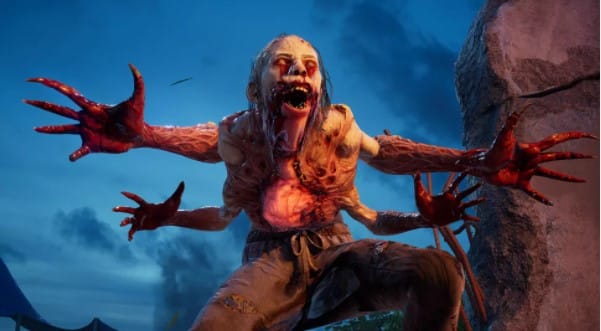 Turtle Rock tweeted saying that the Back 4 Blood launch date has been pushed back from June 22, 202. Now, the release date has been set for October 12, 2021, across all platforms including PS4, PC, Xbox One, PS5, and Xbox Series X.

Back 4 Blood’s trailer is a magnificent montage that exposes some of the players, weaponry, swarms of zombies, and some of the peculiar mutant monsters we’ll face along the way including the one we saw in the final seconds of the trailer. For loyal gamers and fans who were eagerly waiting for a sequel for ‘Left For Dead’, witnessing the epic showdown of the band of four is nothing but therapeutic.

Left 4 Dead has returned and maybe in a better way.

Back 4 Blood will debut with eight survivors referred to as cleaners. Walker (a guy in the hat), Holly (female with red hair), Evangelo (the guy with wavy hair), and Hoffman(the middle-aged man with glasses) were the first four cleaners featured in the announcement trailer. Doc, Jim, Karlee, and Mom are the final four cleaners. 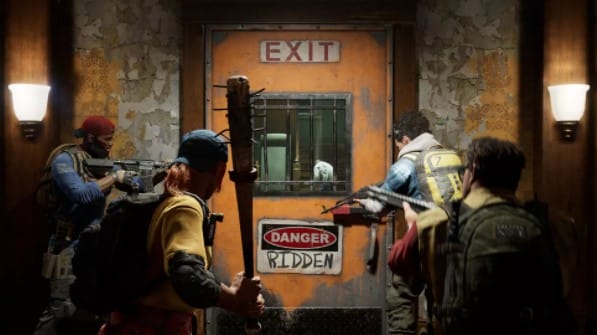 Back 4 Blood’s initial gameplay demo featured half an hour of team-based zombie-killing action, as well as few developer details. You’ll see a wide range of locales, melee and gunfights, player characters, NPCs, and, as usual, a horde of big, dumb, fat, and ugly undead. There are a few factors that distinguish Back 4 Blood from 2008 Left 4 Dead. We get a brief glimpse of a  “roguelike” card system as well as a huge zombie that sort of looks like a Tank crossed with a Boomer.

Back 4 Blood gives you the choice to team up with  8 players in PVP and up to 4 players in the co-op mode. As usual, gamers will also have the option to embark on a solo campaign with AI teammates watching their six. 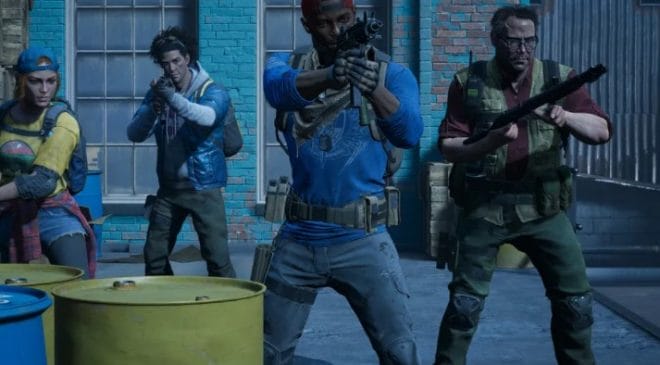 During E3 2021, Turtle Rock announced that the split-screen gameplay will not be supported at release, so Left 4 Dead players who lived the games with pals couch co-op style should expect a slightly different experience. Additionally, Back 4 Blood will not feature an offline mode at the debut,  therefore you’ll need an internet connection to enjoy both single-player and multiplayer modes.

The Game Is Set Entirely In A Different Universe

In a March press release, David Haddad said that the studio is eager to “design a new gaming universe built exclusively with the vast co-op Zombie shooter community in mind.”

Given that it is not a sequel, it was inevitable that it would deviate from the premise of the previous Left 4 Dead titles. Gamers can’t help but wonder how far it’ll veer from the American setting, and if any easter eggs or sly references to the original  Left 4 Dead will be included.