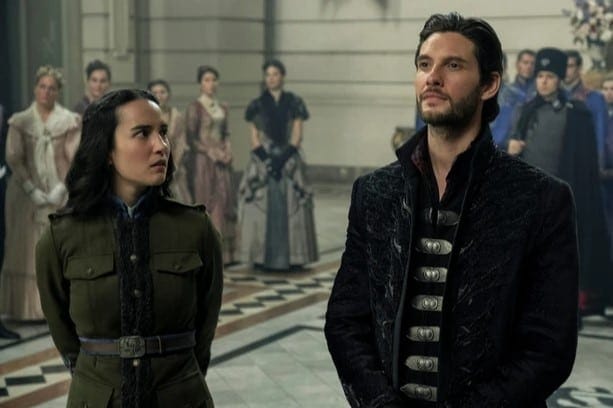 He recently disclosed on his Twitter Handle account that he had drafted a large chunk of the next season’s script for Shadow and Bone.

Eric wrote “Finally: At the end of April I took a Twitter hiatus to manage the daunting final month of S2 writing, and it did wonders for my mental health. So I will vanish into the shadows again. Friends, if you’ve been pinging me here, sorry I missed you!”

Finally: At the end of April I took a Twitter hiatus to manage the daunting final month of S2 writing, and it did wonders for my mental health. So I will vanish into the shadows again. Friends, if you've been pinging me here, sorry I missed you!

No mourners, no funerals. 🐐

Season 1 of Shadow and Bone landed on Netflix in April and drew inspiration from Leigh Bardugo’s NY Times best-selling trilogy “Shadow and Bone” and ‘Six of Crows’ and the ‘Crooked Kingdom’.

Season 2 will pick up where the first installment ended. The first season cites the story of an orphan mapmaker who goes by the name Alina Starkov. Alina discovers his powers as Grisha- a magic weilder with the power like no one else, the power to create light.

Alina might be the only means to freeing her homeland from the dark fold that surrounds the once rich ‘Tula Valley’. Alina laters join the Grisha army, led by General Kirigan.

As Starkov trains to control her gifts she learns that sometimes allies and adversaries could be the same, and nothing in this opulent society is as it seems. In order to survive, she’ll need more than just her newfound abilities to face the sinister forces at play and the mysterious band of crooks called the ‘Crows’.

Considering that the first installment of Shadow and Bone stayed true to the book’s plot, we can expect season 2 to emphasize the events of ‘Siege and Storm’.

Heavy Spoilers warning! As per the events of the ‘Seige and Storm,’ the Shadow Summoner is more driven to steal Alina’s sun summoning powers for himself to Seize the Ravkan Crown. With no one to her aid, Alina joins forces with and embarks to lead the Grisha army.  However, as Alina’s fate becomes clear, she is sucked more into the Darkling’s high-stakes game of verboten magic. To save her home, Alina should pick either her gifts or the friend she thought would be her asylum. No triumph can come without a price and no one but she can confront the approaching disaster. 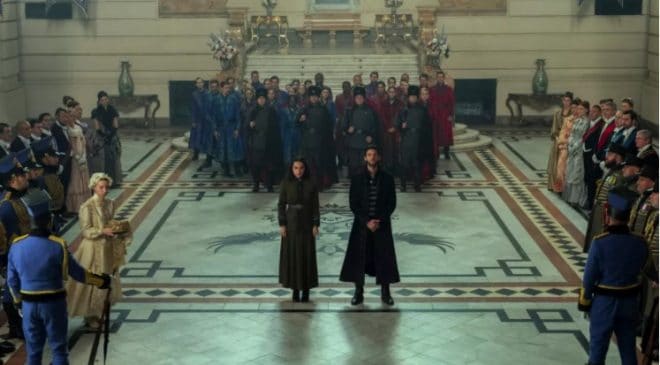 Netflix released Shadow and Bone on April 23rd, 2021. Season 1 spans for a total of eight episodes with each having a run-time of fifty- fifty-five minutes.

While there’s been no official statement provided by Netflix about the release date rather than the Twitter post shared by Eric Heisserer.

Shadow and Bone Season 2 Cast! Who’s in who’s out