The Golden Globe Winner actor Chadwick Bosman took the mantle of the KIng T’CHalla of Wakanda. As expected of MCU, the Black Panther has become one of the highest-grossing movies with over $1 billion in ticket sales all around the world. The movie later went on to earn the Oscar nomination for the best picture.

Movie lovers and fans all around the world were left devastated when the news of Chadwick Bosman’s departure made it to the news. It was an absolute setback for all his fans and MCU as well.

Even Ryan Coogler, the Black Panther’s director and writer was oblivious that Boseman had been diagnosed with cancer. In the wake of Boseman’s loss, he had to rewrite the script for Black Panther 2 from scratch.

Wakanda Forever, the sequel to the first movie and Chadwick Boseman’s legacy is expected to hit the theatres on July 8, 2022, in the United States.

The long-awaited sequel was initially scheduled for release on May 7th, two months prior to the now expected date. It had to be rewritten after Chadwick Boseman’s untimely death, which spurred a delay in filming. Right now, the film appears to be on pace for its official release date with a star-studded cast. 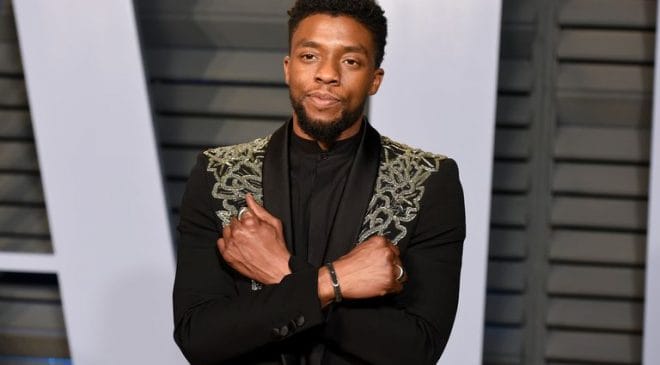 To the joy of Chadwick Bosman fans everywhere, MCUs President Kevin Fiege revealed that the studio won’t be casting any other actor for the role of Black Panther.

Fiege said “Chadwick Boseman was an immensely talented actor and an inspirational individual who affected all of our lives professionally and personally. His portrayal of T’Challa the Black Panther is iconic and transcends any iteration of the character in any other medium from Marvel’s past. And it’s for that reason that we will not recast the character.”

Black Panther 2, opening July 8, 2022, is being written & directed by Ryan Coogler. Honoring Chadwick Boseman’s legacy & portrayal of T’Challa, @MarvelStudios will not recast the character, but will explore the world of Wakanda & the rich characters introduced in the first film.

As per Holywood Reporter Lupita Nyong’o, Letitia Wright, Angela Bassett, and Winston Duke will all return for their role of  Nakia, Shuri, Ramonda, and M’Baku.

The sequel to Black Panther has indeed been kept a secret so far, except for what we gathered from the movie’s title. Black Panther: Wakanda Forever will focus on the unique world of Wakanda and all the intriguing and captivating characters from the 2018 prequel.

If we were to take a wild guess for the film’s timeline, we would say that story will follow after Doctor Strange in the Multiverse of Madness and Thor: Love and Thunder.

After the Avengers reversed the doings of Mad Titan Thanos, we saw the King of Asgard heading into the vast bowels of space with the Guardians of the Galaxy. So it would be highly unlikely for ‘Wakanda Forever’ to coincide with the events of ‘Love and Thunder.’