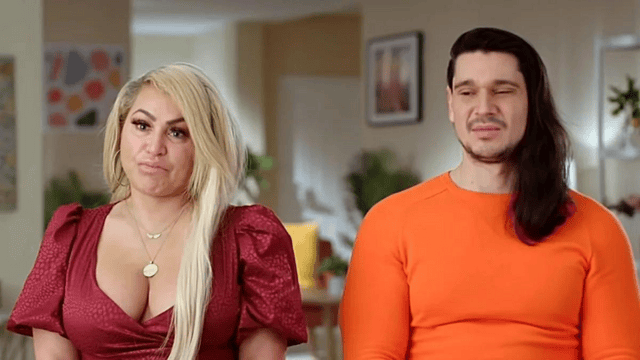 90 Day Fiancé alum Darcey Silva introduced Georgi Rusev, her hot boyfriend-turned-fiancé, on the first episode of season 1 of Darcey & Stacey, the TLC spinoff that she and her twin sister star in.

Unfortunately, they had ups and downs very quickly, and even though they got engaged, they broke up badly by the end of season 2. After Georgi asked Darcey to marry him for the second time in season 3, are they still together? Scroll down to find out how their relationship is going right now.

Read the full article to know Are Darcey and Georgi Still Together in 2023? Scroll down to find out how their relationship is going right now.

Darcey’s first appearance in the franchise was in season 1 of 90 Day Fiancé: Before the 90 Days, which she did with her ex-boyfriend Jesse Meester. Season 2 showed their dramatic breakup.

Darcey had a new long-distance boyfriend, Tom Brooks, when she came back for season 3 of Before the 90 Days. However, their relationship didn’t last long either. Season 4 showed their nasty breakup.

Darcey and her twin sister Stacey Silva’s spinoff, Darcey & Stacey, came out in August 2020. After breaking up with Tom, Darcey was ready to move on and met Georgi online.

Georgi was a massage therapist and lived in Virginia at the time. He was born in Bulgaria, but about 10 years ago, he moved to the United States.

When Did Darcey Silva Get Engaged to Georgi Rusev?

Even though they had problems, Georgi asked Darcey to marry him in June 2020, after they had been dating for four months, and she said yes. In Touch confirmed this in October 2020. The couple got engaged in the last episode of the first season.

But getting engaged didn’t solve the problems they were having with each other. When Georgi and Darcey came back for season 2, they had good news to share: his divorce from Octavia had been finalized. Even though Georgi could now legally marry Darcey, the two were not in a hurry to get married. 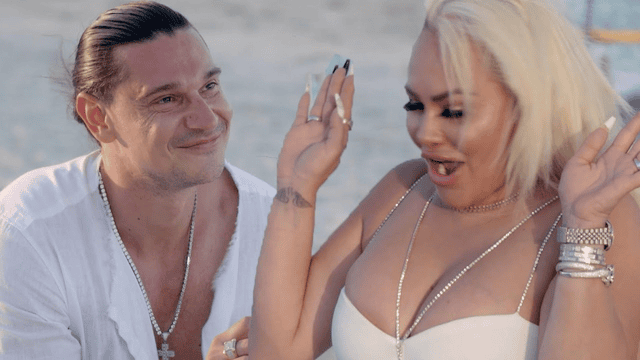 Darcey thought that Georgi kept a lot of his past to himself and wasn’t very honest with her about his life. She thought that she wouldn’t be ready to plan her wedding until she knew more about him, so she reached out to Octavia on social media.

During the holiday season of 2020, the women went to Virginia to help Georgi move the rest of his things from his old apartment. While there, they met for lunch.

Are Darcey and Georgi Still Together in 2023?

It seemed like they were done with each other for good, but they got back together after Darcey’s father and her two daughters, Aniko and Aspen, were exposed to the COVID-19 virus.

When they found out that her family had tested negative, they invited Stacey, her husband Florian Sukaj, and their friends to dinner to talk about Georgi’s supposed comments.

Georgi said that the comments were not true, and after they talked about it, Darcey agreed to let it go. But the couple fought again over Darcey’s conversations with Octavia while Darcey was packing for a trip to Turkey with Stacey to get plastic surgery to change her appearance.

Darcey used her vacation to think about how she felt about Georgi after a very tense goodbye. During her trip, she broke up with Georgi over FaceTime and told him he had to leave their apartment before she got back.

After he asked her out for the second time before season 3 ended, their relationship seemed to reach a breaking point. Darcey told Life & Style in March 2022 that she had decided to move on from Georgi.

“You know, there were many months of just empty promises, and the tell-all thing was just the last straw…no bad blood,” she said about what happened after his second proposal.

How Are Darcey Silva and Georgi Rusev Doing in Their Relationship Right Now?

It’s not clear how Darcey and Georgi feel about each other now, but they are still in each other’s lives because Florian is so close to him. In the trailer for season 4 of Darcey & Stacey, which starts on Monday, January 23, 2022, Darcey went on dates with the help of a matchmaker, giving the impression that she was moving on.

Florian asked Georgi to be his best man at his wedding to Stacey, so the trailer showed that Georgi will be in the next season. In one scene, the two were fighting and Darcey yelled, “I know why you f—ing came!” She then told Stacey that Georgi being at the wedding was “not OK” with her.

Later, it turns out that the sisters stopped talking to each other after Georgi came back into their lives. In the teaser clip, Stacey said, “This is the worst fight Darcey and I have ever had.” “I don’t know what it will take to get over this.“