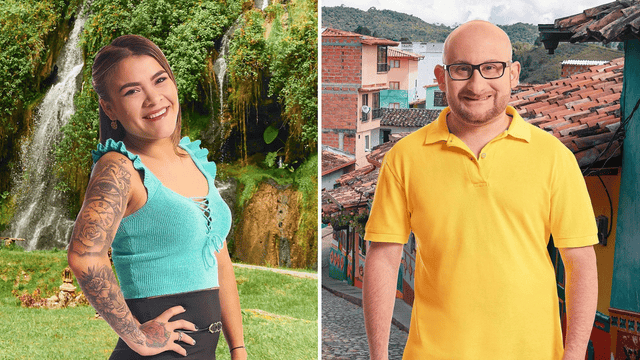 People first saw Ximena Morales on Season 5 of 90 Day Fiancé: Before the 90 Days. At the time, she was trying to get back together with her boyfriend, Mike Berk. The question here is “Are Mike and Ximena Still Together in 2023?” Mike and Ximena got engaged in a very romantic way, but it’s clear that they had to overcome a lot of problems if they wanted to stay together.

In this article, we will give a clear-cut picture of Are Mike and Ximena Still Together in 2023? Keep scrolling down to find out what happened to Mike and Ximena after filming today!

How Did Mike and Ximena, the Stars of “90 Day Fiance,” Meet?

In December 2021, season 5 of 90 Day Fiancé: Before the 90 Days showed Mike and Ximena for the first time. Mike was an IT support worker and volunteer firefighter from Thiells, New York, at the time. He was 34 years old.

He said that he hadn’t had much love luck in his life and that the last time he had a serious girlfriend was when he was in high school. He changed his location to Colombia because he wasn’t getting many dates through dating apps in his area. Almost right away, he was matched with Ximena.

Ximena was a manicurist and a single mother of two young kids. She was 24 years old. Mike wrote about his trip from the United States to her hometown of Pereira, Colombia, to meet her for the first time in person.

Even though the couple seemed to get along, they had to deal with some problems, like Ximena’s secret that she couldn’t have any more kids because her tubes were tied, or when Ximena told Mike about his bad habits, like passing gas and leaving dirty clothes on the floor.

What Happened on “90 Day Fiance: Before?

The couple seemed to be able to work through their problems, and on the last night of Mike’s trip, he set up a romantic place to propose. Ximena’s children and close family members were at dinner when he asked her to marry him. Of course, she said yes.

But it looks like life wasn’t perfect after that. In a February episode, Mike talked about how worried he was about his new fiancee when he got back to the U.S. Mike told his father and grandfather, “There seems to be something wrong with Ximena. She’s getting a little bit more distant.”

“You still give her money, right?” Mike’s dad asked. Mike said, “She wants to get her breasts enlarged, and she wants me to pay for it.” Mike’s dad told him, “I think you should stop doing that.”

Mike said in his confessional, “Ximena hasn’t been acting like herself lately, so I need to go back to Colombia.” As soon as he got there, Ximena was cold and rude to him.

Mike and Ximena from “90 Days”: Are They Still Together?

While they were on the show, it seemed like the couple was doomed to break up, and they were also the subject of online breakup rumours at the time. Mike and Ximena put each other’s Instagram handle in their profiles with a heart-eyes emoji on Valentine’s Day. They took it down three days later, though.

The removal came after rumours that Ximena and Mike broke up because she seemed to upload and then delete a TikTok with a man who didn’t look like Mike.

The 90 Day Fiancé blogger John Yates saved and shared the clip, which showed a series of photos and videos of Ximena and the dark-haired mystery man set to the romantic Spanish song “Jaque Mate” by Juanse.

Ximena quickly responded to the post with a statement. “They put up a fake video that is going viral on social media. “Someone stole my account and put fake stuff on it,” she wrote in an Instagram Stories post that has since been deleted.

Later that month, the nail tech added to the breakup rumours when she posted a picture of her new tattoo on the inside of her wrist. It was a picture of the characters Stitch and Angel from the 2002 Disney movie Lilo & Stitch. 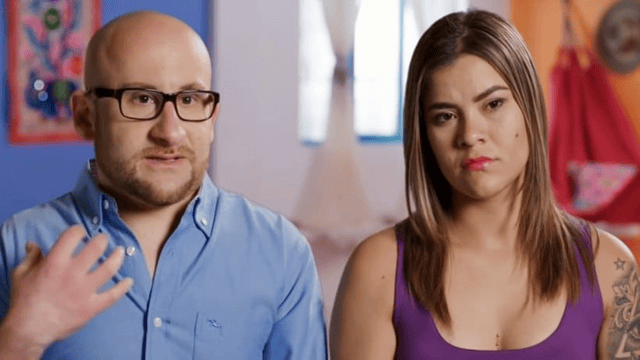 She showed off the new ink on TikTok in September 2020. It looked like it was on the same wrist where she had Mike’s name tattooed before. Mike’s name seemed to be hidden by the new piece.

Mike and Ximena broke up less than a year after they got engaged, and a source told In Touch that they are no longer together. This came after rumours of a breakup for almost a week. Mike seemed to go public with a new partner in September 2022.

What are Ximena and Mike dating Now?

No one knows if Ximena is in a relationship or not, but she seems happy with her life after Mike. Ximena recently posted about what she used to do, which was work as a model on a cam site. She seems to still be with her family and sons in Colombia.

Mike is still at the same firehouse in Thiells, New York, where he works. He looks like he has been spending time with his family and has travelled in the past few months. It’s not clear what his relationship status is, but from his Instagram, it looks like he’s also single.

No one knows if Ximena is seeing someone, but it’s unlikely that she and Mike will get back together. One thing is for sure: Ximena and Mike are a 90-Day Fiancé couple that would be better off apart.

We have published a number of articles on reality television. Examples are the couples Lauren and Nate, Nick and Danielle, and Clayton and Susie. You have been informed as to whether or not they are still dating.

In the above article, we provide you with information about “Are Mike and Ximena Still Together in 2023?” Use the comments to tell us what you think. Also, keep coming back to The Shahab to find out what’s new in the entertainment world.