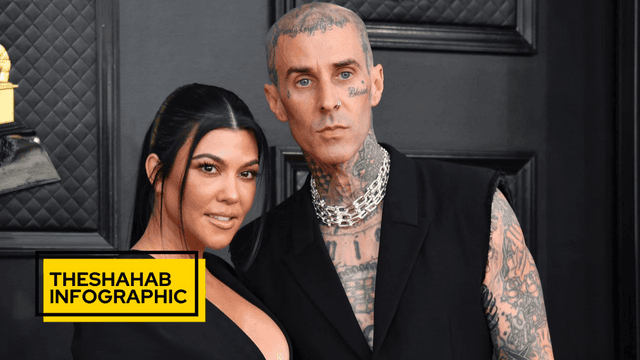 Since they started dating, Kourtney Kardashian and Travis Barker have reached some big relationship milestones.

After getting married without a licence in Las Vegas in April and getting a real marriage licence in Santa Barbara, the couple had a big wedding in Italy on May 22.

The two said their vows in front of family and friends, including their six children: Kourtney’s sons Mason and Reign and daughter Penelope, and Travis’s son Landon, daughter Alabama, and stepdaughter Atiana.

They started dating for the first time in 2021, but they had known each other for years before that.

Since making their relationship public, they haven’t wasted any time celebrating important moments in their relationship. They have kissed and cuddled on the red carpet, celebrated their birthdays together, and even got tattoos in honour of each other.

The two have also spent time with each other’s families. They have gone on trips with their kids and spent holidays together.

The timeline of their relationship is a fun way to remember the past.