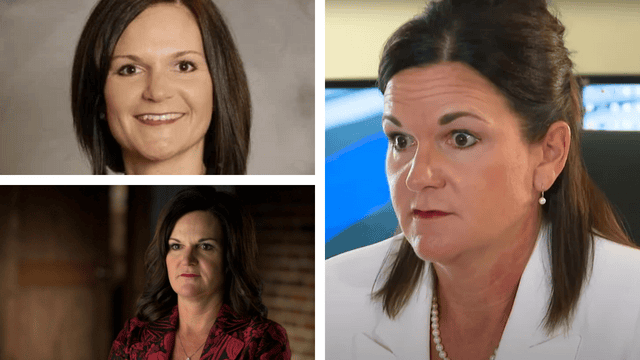 Where is Leah askey now: It’s common knowledge that the team looking into the death of Elizabeth “Betsy” Faria failed miserably. It seems like an understatement to say this. Betsy, a cancer patient from Missouri, was discovered at her house on December 27 with more than 55 stab wounds and a steak knife embedded in her neck. Betsy’s husband, Russ Faria, was unlucky enough to witness a harrowing scene reminiscent of Alfred Hitchcock’s Psycho. The man contacted 911 while sobbing uncontrollably and said his wife had committed suicide.

Since it was so evident that poor, sweet Betsy had been murdered, Russ’s phone call drew criticism. To put it mildly, the guy was probably in shock. Almost immediately, Russ became a prime suspect in his wife’s murder. He was convicted and served three years in jail before his conviction was reversed in 2015.

Who exactly was the murderer? Pamela Hupp, a stay-at-home mom of two from Missouri, was the culprit. Betsy’s lifelong closest friend Pam was the epitome of “Karen,” standing by her side through the ups and downs of Betsy’s marriage and the emotional roller coaster of her chemo treatments.

Nonetheless, it was revealed that Pam was planning to murder Betsy in order to collect on the life insurance policy that she had become the beneficiary of only days before the murder.

Pam put in a lot of effort to frame Russ, and she got lucky that the police and District Attorney Leah Askey didn’t notice or care about the laundry list of faults she made. The miniseries The Thing About Pam, starring Renée Zellweger and Judy Greer (Jawbreaker), is based on a true crime narrative. Leah Askey exists in the actual world; where she is at the moment is a topic worth discussing.

Who is Leah Askey?

Although Leah Askey had just graduated from Saint Louis University’s School of Law with a J.D., she was already well on her way to a successful legal career when she was assigned the Betsy Faria homicide case (2006).

As a result, the jury in her 2013 trial believed her when she said that Russ was a pot-smoking violent man who had battered his wife after finding out that she had removed him as the beneficiary of her life insurance policy. Leah suggested that whoever killed Betsy also cleared the scene and released the dog and that only the property owner could have done so quickly. This served as his alibi. 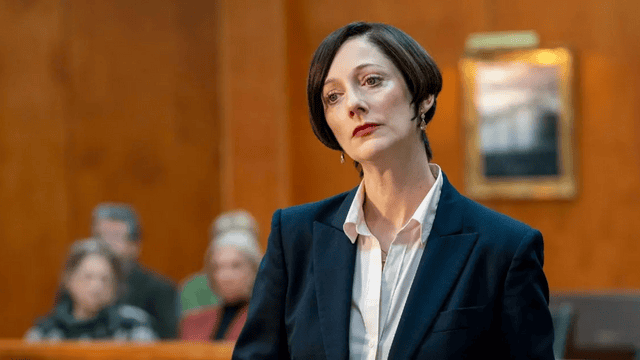 Even though no charges were filed in the latter case, the prosecutor nonetheless went so far as to label the people who confirmed Russ’ claims to have been at a gaming night as conspirators.

Remember that throughout the next two years, Leah strongly denied any romantic involvement between herself and Mike Lang, the captain of investigations for the sheriff’s office. It appeared that she was unconcerned as she retried Russ in 2015, but new evidence implicating only Pam Hupp led to his eventual exoneration.

What Happened To Leah Askey?

After being absolved, Russ Faria filed a lawsuit against Leah Askey and three police officers for willfully ignoring exculpatory evidence. However, the judge decided to leave her out of the case. In 2017, she was the subject of a criminal and ethics investigation by the Lincoln County Commissioner’s Office.

In spite of the fact that she did not botch Betsy Faria’s case, they found out that she had a number of other complaints lodged against her. She lost the election that year (2018).

Where is Leah Askey Now?

To begin, the former Dr. Leah Chaney has remarried and now goes by the name Leah Chaney. In 2018, she lost to Michael Wood in the election and stepped down. According to Newsweek, Leah is still actively practicing law at her own firm, Chaney Law Group, where she deals with issues involving family law, criminal defense, landlord-tenant law, personal injury, and expungements.

Leah was accused of working with Pam Hupp to cover up her mess and of falsely portraying Russ in a poor light (as a furious, pot-smoking abuser). Leah utilized Pam as her “star witness” and paraded her about. That she tried to prosecute Russ Faria twice is unbelievable.

According to Lincoln County Prosecutor Michael Wood, “this was the lowest example of investigative work I or members of my staff have ever seen,” as he stated at a press conference in the year 2021. “The prosecutor had an agenda and was motivated more by that than the truth, and ego played a big role in the whole thing.”

As NBC reported, after being exonerated, Russ Faria filed a lawsuit against Leah Askey and ex-deputies Ryan McCarrick, Detective Sergeant Patrick Harney, and Captain Mike Merkel of the Lincoln County Sheriff’s Office, alleging that they “fabricated evidence, ignored exonerating evidence, and failed to investigate the other obvious suspect.” Russ settled for $2 million, but prosecutor Leah Askey had her name struck from the complaint.

Leah Askey Is Threatened With Disbarment

Since the tragic events surrounding Russ Faria’s conviction, Leah Askey has had to contend with numerous opponents. She had already been the county prosecutor when all these bogus charges were brought forth. Among the many allegations leveled against her are those of child sex trafficking and embezzlement from a charitable organization.

She finally snapped and asked the county commissioners to look into the rumors against her. Yet by the time probes into charges of child sex trafficking were complete. Upon closer inspection, they were revealed to be empty assertions devoid of any concrete evidence. Leah claims that her ex-husband and his current partner, Roman Buddemeyer, are trying to ruin her reputation and make her look bad for actions she had nothing to do with.