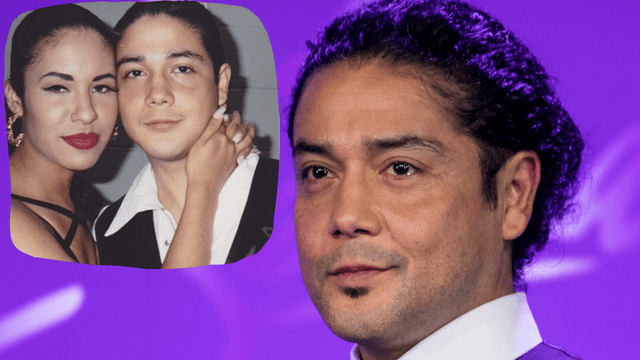 Where is Selena’s Husband Now: Over twenty years have passed since Selena Quintanilla-tragic Pérez’s death, yet her legacy as a musician and cultural icon continues to touch the lives of countless listeners throughout the world. In addition, now that Selena: The Series is available on Netflix, many people are curious as to where the real Chris Perez is and what he thinks of the show.

Chris Perez was just in his early 20s when he married Selena, but he now appears to be 48 and has never gotten over Selena’s untimely death. Chris Perez went into seclusion after the murder of Selena, known as the “Queen of Tejano Music,” by Yolanda Saldivar in a Corpus Christi hotel room.

But after all this time, we still have to wonder what became Selena’s marriage. How has Chris Perez been spending his time in the years following Selena’s untimely death? How does he feel about the Netflix show? If you want to know more, keep reading!

What Happened to Selena’s Husband?

On April 2, 1992, Selena Quintanilla and Chris Pérez tied the knot. On March 31, 1995, Selena was fatally shot. Pérez was unable to cope with Selena’s death just three years after their marriage, and he said in his memoir that he went without food for several days.

He said he couldn’t sleep because of the remorse he felt for failing to protect Selena from Yolanda Saldivar, so he resorted to drugs and alcohol. In addition, his rapid weight loss and lack of sleep were causing alarm among his loved ones.

Where is Selena’s Husband Now?

Chris spent the first few years after Selena’s death in isolation, but he has since dedicated his life to perpetuating Selena’s memory. “It moved from being something I wanted to downplay to something I’ve felt comfortable with,” Chris remarked in an interview. “It’s heartening to be able to talk about it and see the dedication that the supporters still have 20 years later.”

Chris faithfully shares personal moments with followers every year on major anniversaries, paying tribute to his first and seemingly greatest love. Chris’s book To Selena, With Love, published in March 2012, is an intimate look at the couple’s history together and the challenges they overcame.

He said that authoring the book helped him grow personally while also providing many of the answers his readers had been seeking. For instance, the book debunked the widely-believed but ultimately false theory that Selena was pregnant at the time of her untimely death.

In an Instagram post, he made after the premiere of the new Selena series, he also shared his thoughts on the show. Well, in any case, this is how I see it,” he said. “Even before I joined the band, I was a fan of her music. The fact that her brother was listed as the producer of all of her work piqued my interest. Keyboardist Ricky Vela was a musical idol of mine. When I went to see her in San Antonio, her father was in charge of the sound.”

He went on to say, “I learned so much by taking on the parts of their guitarist Roger Garcia and doing my best to push it even further.” “In the band, the girl drummer absolutely LAYED IT DOWN (Suzette really is a badass). Plus, Joe and Pete contributed something special by bringing the unexpected. Pete’s lyrics were incredible….and heavy.”

Read More: Where is Meg Ryan Now? And What Happened to Him?

Chris continued, “I will eternally respect the band and the people involved with it.” I really want you to like this series.

To whom and when did Chris Perez remarry?

A few years later, Chris uprooted his life and left Corpus Christi because he could no longer bear to be reminded of the past. Chris and Vanessa Villanueva tied the knot in 1998. They married in 1998, had children Noah and Cassie, and split up in 2008.

Chris’s inability to move on from his relationship with Selena was said to have doomed his new relationship from the start, even though Vanessa wanted to work out their disagreements and keep the marriage together.

What did Chris Pérez think of Selena: The Series on Netflix?

Despite Pérez’s past criticism of Selena: The Series due to his lack of engagement, he now claims to have no animosity against the show or the Quintanilla family. A few days after the premiere of the first season of the Netflix smash hit, he posted the following on Instagram: “Alright, here is my opinion on the matter.

Even before I joined the group, I was a fan of her music. I found it interesting that her brother was credited as the producer of all of their work. Keyboardist Ricky Vela was a musical idol of mine. When I went to see them perform in San Antonio, her father was in charge of the sound.

I gained a lot of experience by trying to improve upon the already impressive range of their guitarist Roger Garcia’s playing. They had a girl drummer who really killed it (Suzette is one wicked mutha). In addition, Joe and Pete’s presence added an entirely new dimension. Pete’s lyrics were incredible….and heavy.” He elaborated, “This band and its members have my undying admiration. I really want you to like this series.”