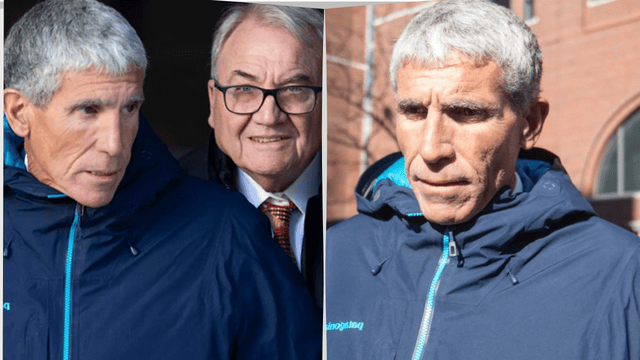 Where is rick singer now: There were various celebrities and their children who participated in the college admissions scam that broke out in March 2019. The incident was given the official name Operation Varsity Blues. Dozens of parents paid bribes to The Key Worldwide Foundation and The Edge College & Career Network, two organizations orchestrated by CEO William “Rick” Singer, to help their children cheat their way into top universities.

With Singer’s help, the parents committed fraud by paying their children’s teachers and coaches bribes to boost their students’ test results or by paying off school officials in exchange for their children’s acceptance into prestigious athletic programs.

When word spread that privileged children were being given priority for enrollment over deserving ones, many people’s attention was riveted on the operation.

While Lori Loughlin, Mossimo Giannulli, and Felicity Huffman have received the most media attention, Rick Singer is the real mastermind behind the bribery scheme and has yet to serve any time in prison.

If you have seen Rick Singer recently, please let us know where he is. Read on for the most recent developments in the case.

Where is rick singer now?

The Netflix documentary concludes with the revelation that Rick Singer has pleaded guilty and is awaiting prison for his role in the college admissions fraud. The “back door” offers he had from universities had expired. In March of this year, Singer pled guilty to racketeering conspiracy, money laundering conspiracy, conspiracy to defraud the United States, and obstruction of justice. The bond set at $500,000 allowed him to be released.

According to reports, Rick Singer is now helping law enforcement with their investigation. The FBI was able to listen in on phone calls he set up between himself and his “customers” as shown in the documentary. Rick Singer has not yet served any time behind bars. In total, he may get 65 years behind bars, three years of supervised release, and a $1.25 million fine.

The singer sold his Newport Beach, California home for $2.52 million a month after entering his guilty plea. According to the U.S. Attorney’s office in Boston, the defendant pled guilty and agreed to surrender the selling proceeds to the federal government. The home reportedly has a fire pit, a spa bathroom, a butler’s pantry, and a gourmet kitchen.

Meanwhile, ironically, he enrolled in college for himself. The singer attended Grand Canyon University in Arizona in an “attempt to transform his life for the future,” as his lawyer put it. He planned to finish his Ph.D. in psychology by the time he was sentenced, which would have been in 2020 or 2021.

Even though he was only supposed to take 20, he reportedly dropped out of school after only eight months and only completed five. A court document claims that Singer had three Bs and an A and had completed the first chapter of his dissertation.

Rick Singer’s sentencing hearing has not yet been scheduled.

What is Rick Singer’s sentence?

The singer has had over a year and a half to prepare for sentencing when he first entered a guilty plea, but he has yet to do so. According to CNN, the former head of The Edge College & Career Network faces up to 65 years in jail and a fine of up to $1.25 million for his involvement in the enterprise.

The singer is reported to have made $25 million from wealthy parents who paid him to help their children gain admission to prestigious universities through his admissions scam. As of yet, no sentencing date has been set in court. To the best of the public’s knowledge, Singer has been absent from view ever since his initial arrest.

To the best of the public’s knowledge, Singer has been absent from view ever since his initial arrest. If you want to learn more about the scandal and how it has persisted in the media for so long, I highly recommend watching the Netflix documentary Operation Varsity Blues: The College Admissions Scandal.

The film, which combines documentary and reenactment techniques, focuses mostly on Rick Singer’s strategy and its execution. Netflix subscribers can watch it right now.