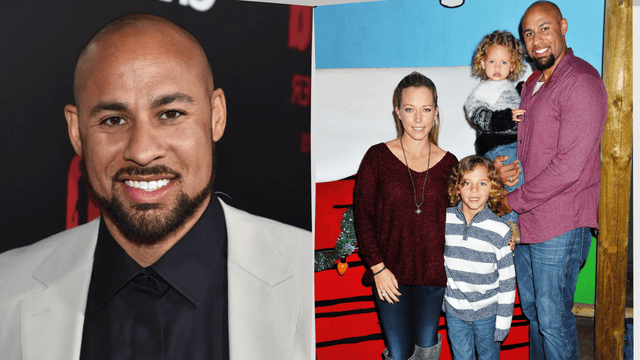 Where is Hank Baskett now 2022: Hugh Hefner’s girlfriends Kendra Wilkinson, Holly Madison, and Bridgette Marquardt shot to popularity after appearing on the MTV reality show The Girls Next Door. The American football player Hank Baskett is Wilkinson’s new significant other, thus she opted to leave the show in 2009 to focus on their new life together.

Fans are probably aware that Wilkinson and Baskett got divorced about a decade after their engagement, and now we’ll be taking a closer look at what the ex-athlete is currently up to. Find out where is Kendra Wilkinson now, how his connection with his kids is, and what he’s been up to since his retirement from American football by scrolling down!

Who is Hank Baskett?

Henry Randall Baskett III was a wide receiver in the NFL for the Minnesota Vikings, Philadelphia Eagles, and Indianapolis Colts.

Baskett is a native of Clovis, New Mexico, and he participated in collegiate football at the University of New Mexico. Hank was a standout wide receiver for the New Mexico Lobos and a first-team all-academic and all-Mountain West Conference selection during his senior year in college.

Baskett joined the Minnesota Vikings as an undrafted free agent in 2006 and was later traded to the Philadelphia Eagles. During his first season with the Eagles, Baskett caught 22 passes for an average of 20.1 yards per reception and scored twice. Baskett signed on with the Colts of Indianapolis in 2009. In 2010, he signed with the Vikings after being released from the Eagles.

After his divorce from Kendra Wilkinson, a former resident of the Playboy house, became public, former football player Hank Baskett has kept a low profile. Baskett has decided to take it easy now that he’s retired, rather than pursue the path taken by many other former players and provide in-game analysis on television.

Baskett has partnered with video game console manufacturer HBCustoms since leaving the NFL; he promotes the brand on his Instagram profile. Promotional content for HBCustoms may be found on Baskett’s Instagram feed, with the most recent post on September 5 advertising a giveaway.

The poster said that the winner would be the first person to correctly answer the question, “Who did James Cameron originally want to cast instead of Arnold Schwarzenegger as the original T-800 in Terminator?.”

Hank and Kendra have two children

The Playboy Mansion was the setting for the wedding of Hank Baskett and Kendra Wilkinson on June 27, 2009. Henry Randall “Hank” Baskett IV was born to Baskett and Wilkinson on December 11, 2009, and their daughter Alijah Mary Baskett was born on May 16, 2014.

The couple was the focus of two reality series during their time together: Kendra, which aired from 2009 to 2011, and Kendra on Top, which aired from 2012 to 2017. The marriage of Baskett and Wilkinson ended in divorce in 2018. As well as posting sponsored content and pictures of his kids, Han Baskett frequently updates his Instagram with personal family snapshots. The ex-athlete currently resides in Voorhees Township, New Jersey.

Baskett was an undrafted rookie free agent in 2006 when he signed with the Minnesota Vikings. The Eagles acquired him from the Vikings in exchange for wide receiver Billy McMullen.

Baskett caught one pass for 112 yards against the Dallas Cowboys and another for 177 yards and a touchdown against the Atlanta Falcons. Baskett was named rookie of the week for his play in these contests. The rookie finished with 22 catches for 464 yards (21.1 ypc) and two scores. In 2007, he has voted the best player on the specialized teams (MVP). With 33 receptions for 440 yards and three touchdowns in 16 games played in 2008, his average per game was 13.3 yards.

In the wake of Anthony Gonzalez’s knee injury, the Indianapolis Colts signed Baskett to a one-year contract on September 17, 2009. Baskett was unable to recover an onside kick (which hit him in the hands) at the beginning of the second half of Super Bowl XLIV on February 7, 2010, against the New Orleans Saints, which ultimately resulted in a Saints touchdown.