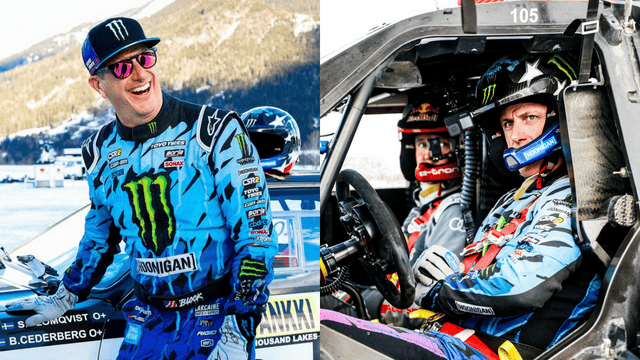 Ken Block Death: Ken Block, a pro rally driver, and Hoonigan co-founder was killed in a snowmobile accident on Monday, according to Hoonigan and local police. Kenneth Paul Block was a professional rally driver from the United States who raced for the Hoonigan Racing Division, originally known as the Monster World Rally Team.

Block was also a founding member of DC Shoes. He also competed in a variety of action sports, such as skateboarding, snowboarding, and motocross. In this article, we will discuss Ken Block Death and how did he die. Please read this article for all information. In addition, if this article was useful, please offer feedback. Your feedback is precious to us.

Block died on January 2, 2023, at the age of 55, in a snowmobile accident near Woodland, Utah. According to the Wasatch County Sheriff’s Department, Block was riding in the Mill Hollow area when his snowmobile overturned on a steep slope and landed on top of him. At the scene of the accident, Block was pronounced deceased.

According to Hoonigan’s remark. “It is with great sadness that we inform you that Ken Block died today in a snowmobile accident.” Ken was a visionary, a pioneer, and an icon. Most significantly, he is a father and a husband.”

Earlier on Monday, Block shared multiple Instagram Stories updates showing him prepping for a day of snowmobiling with a group in the mountains near Park City, Utah, where he owns a house.

In shock at the passing of Ken Block.

Such a talent that did so much for our sport. He was a true visionary with his own unique style & infectious smile.

Our sport lost one of the best today but more importantly a great man.

Block was riding his machine up a steep slope when it toppled over backward and landed on top of him, according to the Wasatch County Sheriff’s Office.

Despite the fact that his companions were able to dial 911, he was confirmed dead at the spot after a search and rescue team located his party in what appeared to be heavy weather.

Block began his National rallying career in 2005 with the Vermont SportsCar squad. To participate, Vermont SportsCar prepared a 2005 Subaru WRX STi for Block. Block and his DC rally teammate Travis Pastrana inked a new sponsorship arrangement with Subaru in 2006.

Block competed in the X Games XIII rally event in 2007, finishing second overall and earning a silver medal. Block was given a brand-new rally-ready 2008 Subaru WRX STi to compete in 2008.

Castrol was back as Block’s sponsor. He competed in the World Rally Championships in Catalunya, Spain. He was in tenth place until the final stage when he sustained a tire puncture and lost significant time. He finished 12th, his second-best finish in the WRC this season.

Read More: How Did Ebuka Odenigbo Die? Death Cause Reason

The family of the deceased American race car driver includes his wife, Lucy, as well as their three daughters. Despite the fact that she was still a teenager, one of his daughters, Lia, had started racing. On January 2, 2023, the racing driver’s daughter had just finished presenting her very first Audi project car.

On Ken Block’s Instagram account, the launching announcement of the Audi was the final picture that was published before he began posting a series of images of recreational vehicles coated in snow.