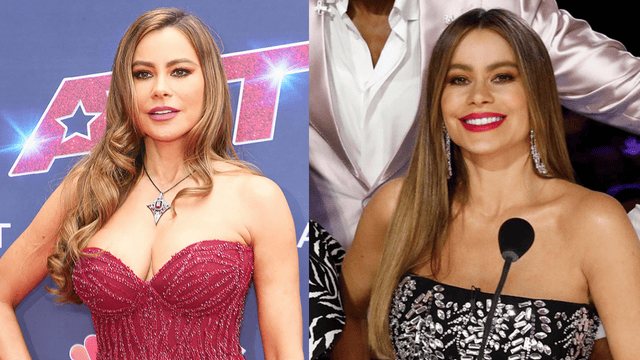 America’s Got Talent, also known as AGT, is an American talent show competition that airs on TV. It is part of Simon Cowell’s global Got Talent franchise. Fremantle USA and Syco Entertainment make the show, which is shown on the NBC television network.

America’s Got Talent welcomes in the New Year with a fun new spin-off show called All-Stars. But Sofia Vergara, who usually judges on AGT, is nowhere to be found.

In this article, we will discuss whether Sofia is Going to Join AGT or not. Read the full article to get all details.

Is Sofia Going to Join America’s Got Talent (AGT)

NBC is adding another international spinoff to America’s Got Talent, and (almost) the whole cast is coming along for the ride. The network has ordered AGT: All-Stars, which it calls a “new extension of the powerhouse hit series” that will feature winners, finalists, fan favorites, and viral sensations from previous seasons of America’s Got Talent and Got Talent franchises from around the world.

Although Simon, Howie, and Heidi are all sitting on the All-Stars judging panel, Sofia is not in her normal spot. The Sun reported in October 2022 that Sofia will not be participating in the panel. The Modern Family star was also absent from the February 2022 episode of the AGT Extreme spin-off series.

On December 31, Sofia posted a message for her Instagram followers: “Wishing us all good luck and work this new year, but above all health and (love heart emoji).”

Why Did Sofia Not Joining AGT?

AGT: All-Stars will include a three-person judging panel, as Simon Cowell, Heidi Klum, and Howie Mandel, together with host Terry Crews, return to the show. Vergara, whose Mayyas act won AGT Season 17 of Golden Buzzer earlier this year, is not participating in the spin-off.

The reason for Vergara’s absence is unclear, and various media sites have published contradictory information. Hello! magazine indicated that no explanation was given, while Parade stated that Vergara was occupied with an acting role.

The only upcoming project listed on Vergara’s IMDb page is the Netflix miniseries Griselda, which looks to have concluded production earlier this year before All-Stars was slated to film. However, this does not necessarily imply that Vergara had no other obligations.

What is Sofia Doing Now?

Since Modern Family concluded in April 2020, the Colombian-born actress has been appearing in front of the camera as herself. She is best known for portraying Gloria Delgado-Pritchett for 11 seasons on the popular ABC comedy Modern Family.

After two seasons as a judge on America’s Got Talent, Sofa is eager to begin her next job with Netflix.

According to Deadline, Sofia will portray the late Griselda Blanco, often known as the “Black Widow,” in the upcoming limited series Griselda. The show will consist of six 50-minute episodes that portray Griselda’s journey as a young mother who eventually becomes the leader of a cartel located in Colombia.

When Was NCB Announced AGT?

The series, which will feature judges Simon Cowell, Heidi Klum, and Howie Mandel as well as presenter Terry Crews, will begin production in October 2022 and debut in 2023.

In the above article, we have given you all information about America Got Talent and its stars. if you like our work please visit again for the latest information.