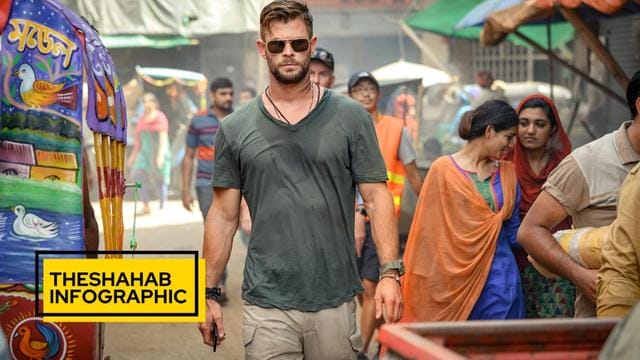 Chris Hemsworth had the easiest time getting people to like his character out of all the Avengers actors. Not only does he look like a Norse god when you give him a hammer and a funny hat, but audiences had almost never seen Hemsworth in a role before, so they didn’t know what to think about him. Before Hemsworth moved to the United States, he filmed 171 episodes of the long-running Australian soap opera Home and Away.

This is about 2.5% of all the episodes that have ever been made. In the first scene of the new Star Trek movie, where he played George Kirk, he was a notable corpse. And that’s about it for Hemsworth’s life before he became Thor.

Since his MCU debut in 2011, Hemsworth has shown loyalty not only to franchises (he’s been in both Huntsman movies and came back for Star Trek Into Darkness), but also to directors like Ron Howard (Rush, In the Heart of the Sea) and Drew Goddard (The Cabin in the Woods, Bad Time as the El Royale). It shows that Hemsworth is a friendly person, which helped him lead Thor through two good-to-great movies before he really came into his own in Thor: Ragnarok and became the real hero in Avengers: Infinity War.

The most recent movies he’s been in are our Extraction, a rough action throwback made by the Russo brothers, and Spiderhead, a thriller directed by Joseph Kosinski, who also directed Top Gun: Maverick. Now, he’s coming back to the MCU for Thor: Love & Thunder in 2022. Let’s look at how the Tomatometer rates all of Chris Hemsworth’s movies.