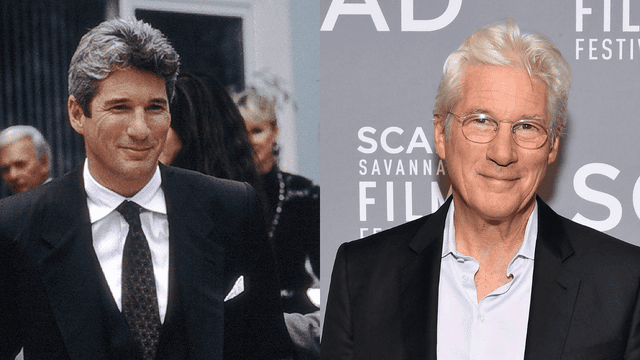 Pretty Woman is an American romantic comedy from the year 1990. It was written by J. F. Lawton and directed by Garry Marshall. Julia Roberts and Richard Gere are the main stars of the movie. Héctor Elizondo, Ralph Bellamy (in his last role), Laura San Giacomo, and Jason Alexander also have small parts. Richard Gere play the role in Pretty Woman in 1990.

The storied movie is mostly about a Hollywood prostitute named Vivian Ward and a rich businessman named Edward Lewis. Vivian is hired to be Edward’s escort for several business and social events. During her week-long stay with him, they get to know each other better. Read the full article to know “How Old Was Richard Gere in Pretty Woman?“

How Old Was Richard Gere in Pretty Woman?

When he portrayed the role of “Edward Lewis” in the movie Pretty Woman, Richard Gere was 39 years old. It was 1990, more than 33 years ago. He is 73 years old now and has appeared in 76 films overall, 53 of which have been out since Pretty Woman.

At first, the idea for the movie was that it would be a dark drama about prostitution in 1980s Los Angeles. Vivian and Edward’s relationship started out with some controversial parts, like the fact that Vivian was addicted to drugs. As part of the deal, she had to stay off cocaine for a week. Edward throws her out of his car in the end and drives away.

What is Pretty Woman All About?

Edward Lewis is a powerful corporate raider from New York. He buys struggling businesses, breaks them up, and sells the parts for a profit. He wants Jessica to go with him on a business trip, but she breaks up with him because she is tired of being his “beck and call girl.”

When Edward leaves a business party in the Hollywood Hills, he takes his lawyer’s Lotus Esprit sports car and ends up in the red-light district on Hollywood Boulevard.

There, he meets Vivian Ward, a sex worker. He pays Vivian to drive him to the Regent Beverly Wilshire Hotel because he has trouble driving a car with a stick shift. Then, Edward hires her for the night on a whim. Even though she makes him feel awkward, he finds her charming and has sex with her. See the trailer below:

How Did Richard Gere Start His Career?

In 1969, Gere did his first professional work at the Seattle Repertory Theatre and the Provincetown Playhouse on Cape Cod. There, he starred in Rosencrantz and Guildenstern Are Dead. In 1973, in the first stage version of Grease in London, he played his first major role.

He was one of the first famous Hollywood actors to play a gay character. In the 1979 Broadway play Bent, he played a gay Holocaust victim and won a Theatre World Award for it.

Around the middle of the 1970s, Gere started to show up in Hollywood movies. He was supposed to be the main character in The Lords of Flatbush (1974), but Sylvester Stallone and he got into a fight, so he was replaced.

It was number one at the US box office for three weeks, starting on its sixth weekend. For 16 weeks, it was one of the top 10 movies in the US.