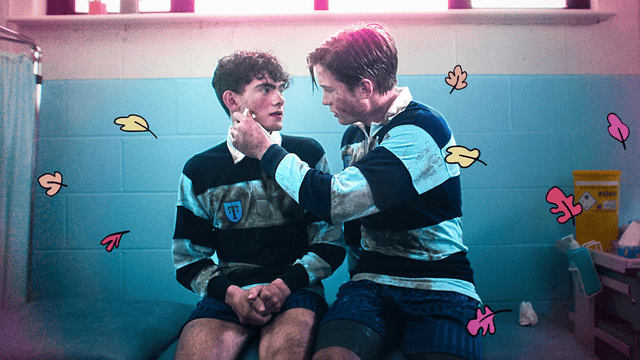 Heartstopper Season 2: However, Netflix is yet to confirm the second season of its young LGBT rom-com, Heartstopper. Everyone is eagerly anticipating the next chapter in the love tale between Nick and Charlie. Even after we’ve all burst into tears at the heartwarming story, of course.

Critics hailed Heartstopper as a classic, applauding its positive portrayal of coming to terms with one’s sexuality and the importance of seeing a love story like this in cinema without a heavy dosage of pain.

Nick and Charlie may decide to go public, with Nick coming out to his loving mother as the last credits rolled in season one. What can you expect from the series in the coming months and years? Let’s see!

In this article, we will discuss the Heartstopper Season 2 Release date. Read the full article for all the information.0

Who Would Be Returning in Heartstopper Season 2?

We’re about to make your heart stop with some queer joy because Heartstopper creator and writer Alice Oseman has a big announcement: “We were thrilled with how Heartstopper was received around the world, and we can’t wait to continue the story with two more seasons. “Keep an eye on this!”

In Season 1, which is based on the first two volumes of the graphic novel, we see Nick and Charlie’s friendship grow into the sweetest relationship as they make snow angels and kiss in the rain.

To those who have fallen in love with Nick & Charlie, cried watching Alice Oseman’s magical story brought to life, or felt represented for the first time on-screen, I am elated to announce…

Heartstopper has been renewed for TWO MORE SEASONS! 🍂 🍂 https://t.co/m3LbFiV8v6 pic.twitter.com/Dyc4MBjQaV

Viewers also meet their friends Elle (Yasmin Finney) and Tao (William Gao), as well as Tara (Corinna Brown) and Darcy, who are famous lesbians at their school (Kizzy Edgell). What can we expect from the next two seasons now that the show isn’t going away?

On September 22, Netflix announced that the second season of Heartstopper had begun filming. Since the show is still being filmed, it’s likely that we’ll see more of Nick and Charlie by the end of 2023.

What Will the Second Season of Heartstopper Be About?

Heartstopper will presumably resume where it left off (and we say when since we believe this story is far from over). Nick has finally told his mum about his feelings for Charlie. No word yet on how the school will respond. Ben feels a feeling of ownership over Charlie despite his hesitation to come out.

Charlie’s absence has strained relations even further. Alice Osman told Digital Spy that Charlie has been struggling with his mental health since he came out and that this will continue. “Mental health is an important subject in the literature,” she says, so she hopes to address it in future seasons. A difficulty in writing Heartstopper was examining deeper issues while keeping the tone light and uplifting.

That was the most challenging aspect for me.

“But there is hope. I think I’ve done that in the books. I’ve been able to be open and honest about my mental health without writing or seeing anything upsetting. So that’s why I’m performing this program.” 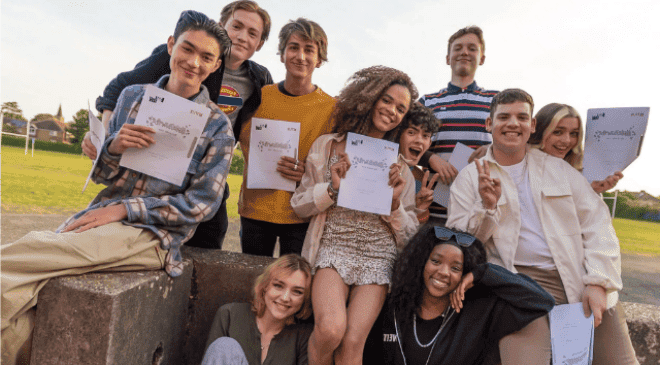 The sequence where Charlie tells his sister that he doesn’t feel deserving of a partner was difficult for even Joe Locke to shoot, as he acknowledged. “Neither I nor Euros [Lyn], our director, can figure out how he accomplished it. Without putting us under undue stress, he manages to get just the proper responses from us, “he commented.

“So, let’s talk about the scene. We’d rush in. During that period, I believe Euros went out of his way to make me feel at ease.” Charlie’s “burst of emotions” was one of Locke’s favorite parts of this coming-of-age tale. ‘It’s a turning point when he understands he has to sort things out and do certain things to right the wrongs,’ he said.

The affluent and entitled student body president Harry also stirs up latent homophobia in the school halls. When it comes time to choose a relationship, Tao and Elle will have to confront their growing desire. In other words, the show must go on.

Who Will Be In The Heartstopper Season 2?

As the two starts dating in public, their best friends Elle (played by Yasmin Finney), Tao (William Gao), Tara (Corinna Brown), Darcy (Kizzy Edgell), and Isaac will be there to back them up (Tobie Donovan).

Olivia Colman, who plays Nick’s loving mother, will probably also be back. In the last episode, she found out that her son was bisexual and in love with Charlie.

Fisayo Akinade will be back as Mr. Ajayi, the teacher who let Charlie and Nick hang out in his classroom during breaks while Nick figured out he was gay and didn’t want to pry eyes on them.

But it probably won’t be all roses because Ben Hope, played by Sebastian Croft and Charlie’s secret ex who bullies him, is still around and could cause trouble.

Rhea Norwood will probably play Imogen, who liked Nick without knowing that he loved Charlie.

Is There a Trailer or Footage Available for Heartstopper Season 2?

Sorry for the inconvenience, but it appears like we will have to wait a little longer for this one. Even so, we are excited to see more of Nick and Charlie, so we pledge to let you know as soon as we have something to show you.