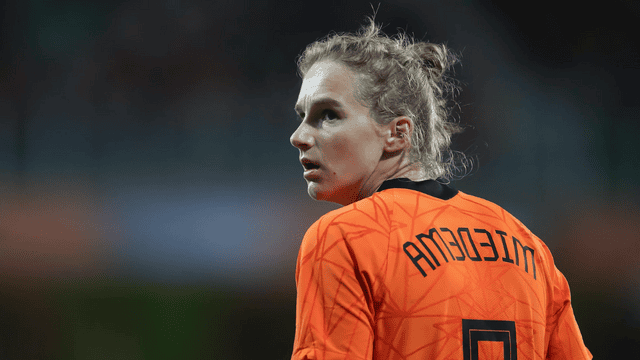 Who is Vivianne Miedema: Although Lucy Bronze won the 2020 award, Vivianne Miedema, 25, was recognized for her efforts during the 2020–21 season and at the 2020 Tokyo Olympics, and she was given the 2021 award.

It’s extremely cool to win something like this, and with the people voting, it’s especially special,” Miedema said after accepting her award. I think my personal success at the Olympics stands out, and it’s apparent that I’ve been able to carry that form over to Arsenal. England’s all-time greatest scorer and Arsenal star Kelly Smith said the Dutch player “absolutely earned” the trophy.

That’s a truly elite talent right there; she’s a serious menace that many teams can’t handle. I wish I could have shared the field with her since she has been fantastic this season.

Who is Vivianne Miedema?

Miedema is widely considered to be one of the best strikers in the history of women’s football. She holds the record for most goals scored in the FA Women’s Super League and has more international goals for the Netherlands than any other player in the history of either the national women’s or men’s teams.

In 2017, she helped the Netherlands win the UEFA Women’s Euro. In 2015 and 2016, she helped Bayern Munich win the Frauen-Bundesliga with Bayern Munich. She was the captain of the Dutch team that finished second at the 2019 FIFA Women’s World Cup in France.

Read More: Who is Antonela Roccuzzo? All About Lionel Messi Wife!

Vivianne Miedema was born to parents René and Caroline on July 15, 1996. She and her younger brother, Lars Miedema, grew up in the Dutch town of Hoogeveen. Her mother was a hockey player who also had a strong passion for football, and her father was a former No. 10 football player.

Football was always more than just a hobby for Miedema, unlike any other athlete. She was the kind of kid who, at age five, would run around the house kicking balls at anything that moved. For this reason, she learned the game by seeing her father as a child and later, by experimenting with it herself with the help of her brother.

In addition, she joined the HZVV club when she was only four and a half years old. After eight years, at age 13, she made the switch to VV de Weide. Historically, when VV de Weide played FC Groningen, a club from the Dutch first division, VV de Weide was in a higher division in Holland.

As a result, she led the boys to a 7-5 victory thanks to her seven points. Since she often played with the guys, she was accustomed to competing with and winning against the boys. Then, at the age of 14, she was faced with a decision that would alter the course of her life forever: continue playing on the boys’ team or go up to the top women’s league.

Lisa Evans and Vivianne Miedema, both of the Arsenal, spoke with us about their experiences as a lesbian pair competing in the same sport. Both Evans and Miedema are contributing members of Arsenal Women FC as they compete in the FA Barclays Women’s Super League.

After signing her first professional contract at age 14, Vivianne played for SC Heerenveen. Since she was too young to sign the document, her parents did so on her behalf. She had to compete with women as old as 30 on a regular basis despite being the youngest player at the highest level of Dutch football.

After Miedema’s big performance in their first home game when they were down 1-0, the coach decided to put her on the bench. As soon as she stepped foot on the field following that, she scored twice, giving her team a 2-1 lead. Meanwhile, her 39 goals scored for Heerenveen in the 2013–14 BeNe League season were enough to earn her the league’s golden boot.

After that, at age 15, she made her senior debut, setting a record as the league’s youngest player. She signed with Bayern Munich a year later, in June 2014. A member of a young Bayern squad in 2014–15, she ultimately contributed to Munich winning the league title for the first time since 1976.

She had a hand in six of Arsenal’s eleven goals against Bristol City, and she assisted on four more.

Vivianne had an auspicious start to 2019 when she learned that she would be competing in the FIFA Women’s World Cup in France. She scored her 60th goal for the Netherlands women’s national team in a 3-1 victory over Cameroon during this tournament, making her the team’s all-time leading scorer.

Miedema had eclipsed Manon Melis’ record, and she’ll soon overtake Robin van Persie as the men’s team’s top scorer as well. After a 2-0 victory over Italy in the quarterfinals, she guided the Dutch to the finals. However, they were beaten 2-0 by eventual champion USA in the championship game.