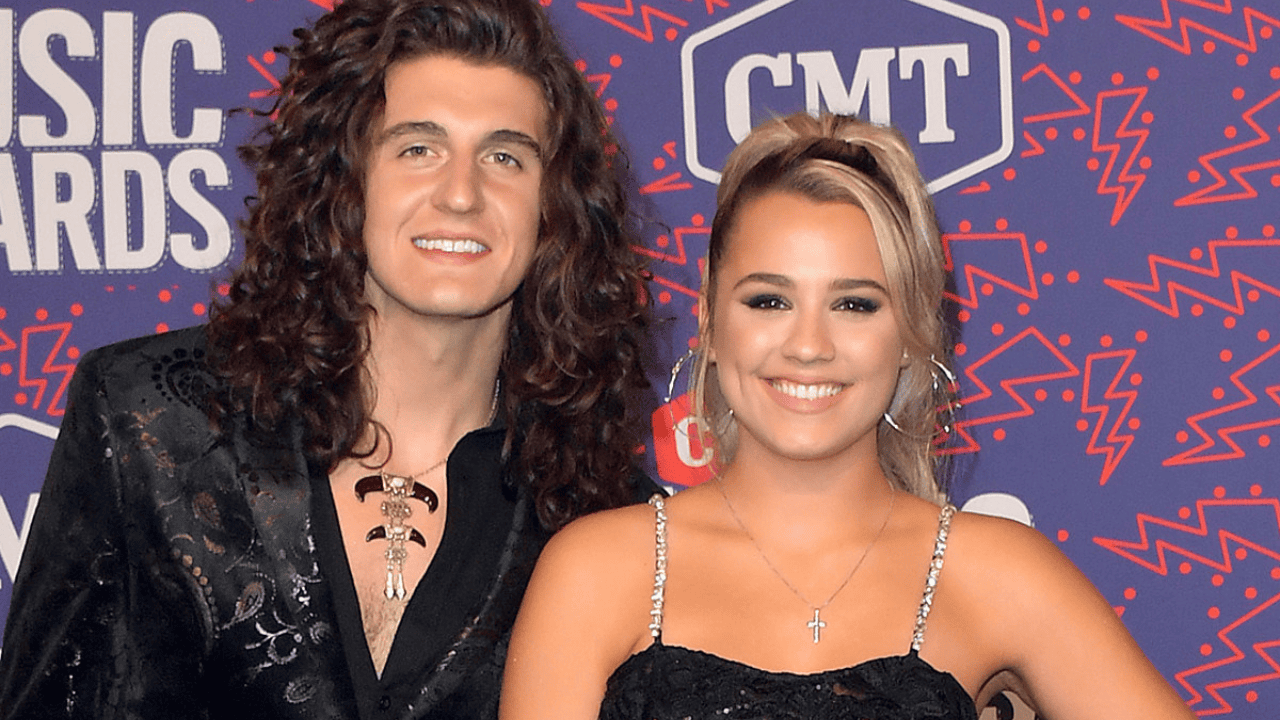 Who is American Country Singer Gabby Barrett Married to?

This week, Gabby Barrett released the music video for her song “Pick Me Up,” which is a short film telling a love story from 1962. Barrett plays a high school student who rides shotgun in her boyfriend’s pickup truck. Barrett’s real-life husband, Cade Foehner, who she met while competing on “American Idol,” is the man behind the wheel.

Later, in 1978, we see the same couple, now married and raising a baby daughter. Barrett and Foehner have a one-year-old daughter together whom they called Baylah May, so the name is another reference to their real-life romance.

Despite the “past due” notices on the table, the two still make time for each other by dancing around the living room to the tunes that Foehner plays on the radio. Their love tale is one that endures even in the present day. Barrett becomes an elderly woman in a nursing facility towards the end of the film, but Foehner, who has similarly aged with the help of cosmetics, visits her with flowers. 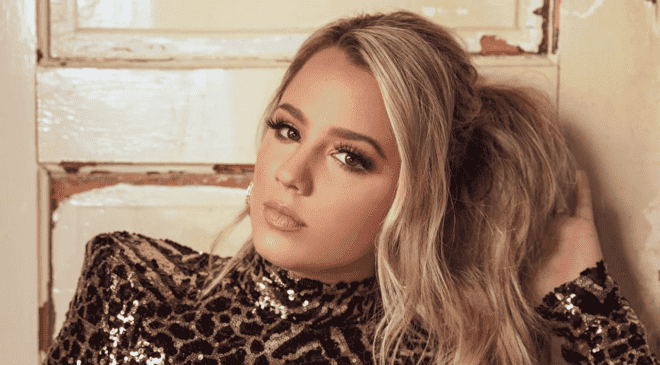 Who is Gabby Barrett Married to?

From their shared experience on American Idol, now-parents Gabby Barrett and Cade Foehner have become a happy, expanding family.

In 2018, while competing on American Idol Season 16, the two performers had their first meeting. Despite the fact that neither vocalist ended up with the top prize, they fell in love as a result of the competition. Barrett and Foehner’s on-screen fling blossomed into a real-life love, and a year after their American Idol season ended, the two announced their engagement.

Who Exactly is Cade Foehner?

Before he had his sights set on being a musician, Cade Foehner  had other aspirations: “I rodeoed my whole life…but I broke my leg riding a horse,” he explained to Center Broadcasting Company. He added, “So I asked for a guitar for Christmas, and picked it up, and then I just kind of fell in love.”

However, it appears he is still a horse enthusiast, as he frequently shares photographs of himself riding his horses on social media.

“When I started in music, I was a guitar player, like, that was the first thing I ever did was play guitar,” he shared in an interview with Talent Recap. “In fact, for the reality star, singing was a means to an end. “I kind of became a singer out of necessity, and I wanted to be in a way, but I just wasn’t very good for a long time,” he said.

However, as Foehner pointed out, “practise makes perfect,” as the saying goes  “The singing kind of overtook the guitar playing after awhile. Now, I do consider myself a singer,”.

The singer’s faith is really significant to her. Cade responded, “I’m a minister, too, so it’s OK,” after American Idol judge Katy Perry said she was stunned by Cade’s performance because she “saw some things” that her pastor parents would have concealed.

When Did They Tie the Knot? 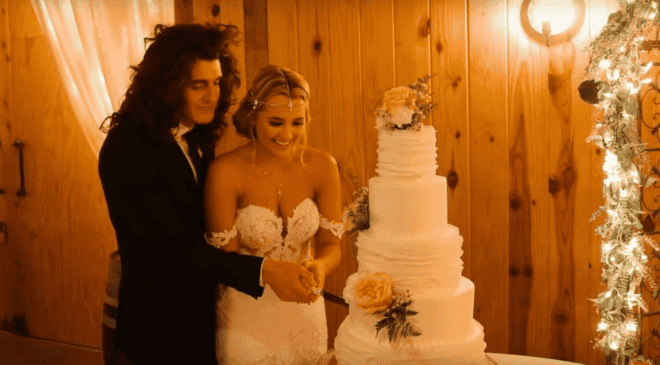 Barrett and Foehner’s engagement was revealed approximately one year after the two first met.  “I’ve been thinking about proposing for quite a while,” Foehner said. “It’s getting harder and harder to be apart. Doing all the traveling we have to do, sometimes we have to go a month without seeing each other. That’s a little much for me, so I decided to go ahead and do this thing!”

Even more unexpectedly, Foehner didn’t have the ring on him at the moment since he hadn’t brought it out with him. While visiting Los Angeles, he found out that the couple was staying at the same hotel where they had their first date.

Must Read: Is the Famous YouTube Personality Markiplier Married?

Barrett and Foehner were married on October 5, 2019, in Garrison, Texas, in the presence of one hundred guests. “We wanted a small, intimate wedding with close friends and family,” Barrett told PEOPLE before the ceremony. The vocalist explained that Foehner’s Texas roots and his appreciation for nature had a role in the band’s decision to have their concert in the woods.

Barrett stated that it was “absolutely” expected that the pair would be emotional during the exchanging of their written vows. “We’re both excited to make such a serious and holy commitment before the Lord, with our friends and family there to support us and celebrate,” Barrett said. “Becoming one family has been the thing we’ve looked forward to most.”

Caleb Lee Hutchinson, one of Foehner’s groomsmen, and Catie Turner, a finalist on American Idol in season 16, were among the guests.

Do Gabby and Cade Have Children?

Barrett and Foehner told in August 2020 that they were expecting a daughter. On a trip to see Foehner’s relatives in Texas, the couple learned the happy news. 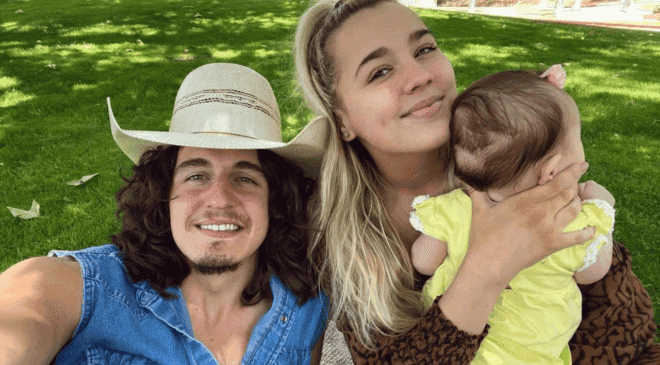 “I remember taking the test and my eyes nearly crossed,” said Barrett. “I was like, ‘Wait, is that two lines?’ I came running out to Cade and was just like, ‘Oh my gosh, I think I am.’ That’s all that I said, and he knew what that meant. I started crying, and it was very sweet.”

“I get to have two Gabbys!” Foehner said about the baby girl. “One’s not enough.” The 18th of January, 2021 saw the birth of the couple’s first child, a daughter they named Baylah.

Recommended: Is Josh Groban Married: Who Has He Previously Dated?

On her first birthday, he wrote a heartfelt tribute post to his daughter in which he gushed about the experience “Happy birthday to my sweet tooty, pooty, pumpkin pie, darlin’, baby, lovey, cutie. You sure make me a proud Daddy, munchkin. One of my favorite things is watching you play with your baby doll trying to imitate mommy.

It is incredible to see your mothering qualities budding out even now. You will be a great mother some day. You have a great one to teach you. When I try to type words about you I cannot help but think of God’s graciousness to provide me a heritage. I am grateful for you my daughter.”