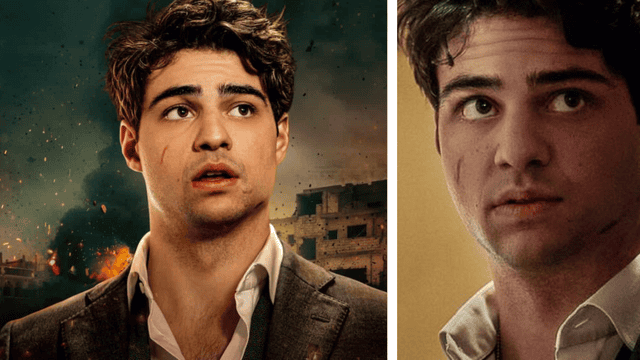 As a Netflix user, you now have a new reluctant action hero to root for. The Recruit, starring Noah Centineo as Owen Hendricks, a naive young lawyer for the CIA who rapidly gets in over his head at the country’s most secretive agency, debuted on Netflix on December 16.

Graymail from Russian ex-asset Max Meladze (Laura Haddock) appears in the first episode of the series, with the threat to bring the CIA to its knees if the agency does not assist Meladze in gaining release from a Phoenix jail. After determining the veracity of Max’s claims, Owen is compelled to take action in an effort to preserve Max, his career, and, most crucially, his own life.

By the end of the season, Owen has no idea if he will ever see his family or the people he loves again, and he is being held captive by Max’s supposedly dead daughter. When the episode ends, he is left on a scary cliffhanger with Karolina holding a pistol to his head after he had just killed a Russian mobster and is on the verge of permanently fleeing the CIA.

Fans who dove headfirst into the new series and finished Season 1 in such a short amount of time are likely itching to hear news of a Season 2 renewal and learn what mysteries will be solved. As of right now, this is what we know.

There has been no official announcement from Netflix about a second season of The Recruit. Still, you may make a change now! The first season of The Recruit premiered on Netflix on December 16th, so it may be some time before season two is revealed. We can only hope that Netflix renews the series based on viewership numbers and the percentage of those who see it through to the end.

Season one finishes on a massive cliffhanger, which is good news (sort of) because it means a second installment would make a lot of narrative sense. My hopeful fingers are crossed.

The Recruit Season 2: Cast, Spoilers, and Everything Else You Need to Know https://t.co/aPRi4RTe9n pic.twitter.com/jTxppq8ZUm

Since his breakthrough appearance in the To All the Boys trilogy, Noah Centineo has become something of a Netflix talent, so it’s probable that he would once again be leading the cast of The Recruit if it returned for a second season.

Comedic support from Aarti Mann (Never Have I Ever), Colton Dunn (Superstore), and Fivel Stewart (Atypical) may be brought back to the program if he chooses to do so.

In the meantime, Vondie Curtis-Hall (Daredevil) was joined by Kaylah Zander (Chilling Adventures of Sabrina), Kristian Bruun (Orphan Black), and Laura Haddock (White Lines) in the first season of The Recruit.

Even if a second season is confirmed (and we’re keeping our fingers crossed), we probably won’t find out when it will be released for some time.

The first season premiered on December 16, 2022, thus we won’t be expecting the second season to premiere for at least a year, likely not until early 2024 (or possibly in December 2023) at the earliest.

No, unfortunately. After all, we haven’t heard yet if The Recruit has been approved or canceled like so many other Netflix originals. If any new footage becomes available, we will post it here.

You can watch The Recruit on Netflix right now.

Owen and Max travel to Prague in the series’ eighth and final episode so that Max can finish a mission there before returning to her home in Belarus. She is meeting with a Russian mob boss while the CIA and an unidentified group of Russians engage in gunfire outside.

Soon enough, Owen makes his way out to the field to lend a hand and comes across Marta there (the girl from the bar in Episode 7). She begins firing at him; he escapes and saves Max; the two run away, but Owen feels ill and goes into shock before they get very far. Uh-huh, we almost forgot to tell you that he was a murderer.

Sometime later, Owen breaks up with Max, informing her he no longer has any interest in either Max or the CIA. He instantly phones his ex-girlfriend-turned-roommate Hannah, and they make arrangements to meet in Prague and return home together. As Owen approaches Hannah, a dark automobile appears out of nowhere and kidnaps him.

He opens his eyes in a gloomy room to find Max there; he asks her where they are, but before she can respond, Marta appears…only she’s not Marta, she’s Max’s daughter Karolina. After shooting Max, her focus shifts to Owen, whom she demands to explain his erratic behavior in her company. We have more questions than answers at the end of this episode.