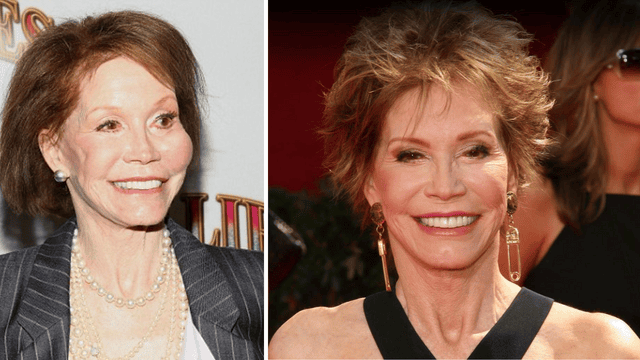 Who was Mary Tyler Moore?

She was an American actress, producer, and activist named Mary Tyler Moore. A new vision of American womanhood was defined by her work on The Dick Van Dyke Show (1961–1966) and The Mary Tyler Moore Show (1970–1977), both of which “appealed to an audience facing the new trials of modern-day existence,” according to a biography.

Related: What was Ronnie Turner’s Cause of Death? Let’s Explore Here!

The autopsy results for Mary Tyler Moore have finally been released.

TMZ obtained the official death certificate, which states that the famous actress died of cardiopulmonary arrest caused by three different factors. Moore’s death was a result of aspiration pneumonia, diabetes, and hypoxia (low tissue oxygen levels). Moore, who had turned 80, passed away on January 25 at a hospital in Connecticut.

Mary thinks that the death of Chuckles the Clown is nothing to laugh about–until she attends the funeral. pic.twitter.com/xzYkzZqSuY

In the presence of friends and her loving husband of over 33 years, Dr. S. Robert Levine, Mary Tyler Moore passed away today at the age of 80, her representative said in a statement last week. Mary was a fearless visionary who turned the world on with her smile; she was a pioneering actress, producer, and advocate for the Juvenile Diabetes Research Foundation.

She had a private burial service at Fairfield’s Oak Lawn Cemetery on Sunday. “It’s a beautiful site that she’s at,” Lt. James Perez of the Fairfield Police Department told The Post. I think it’s great what they did as a family. It was a lovely farewell for her.

Moore first entered the television industry in the 1950s on the show Ozzie and Harriet as “Happy Hotpoint,” a tiny elf who danced on Hotpoint appliances in commercials. She received around $6,000 for appearing in 39 Hotpoint commercials in just five days.

She was still working as “Happy” when she became pregnant, but Hotpoint had her stop after she found it impossible to hide her condition while wearing the elf costume. Moore was rejected for the role of Danny Thomas’s older daughter on his long-running TV show, and she also modeled anonymously on the covers of record albums. Thomas later commented, “she missed it by a nose… no daughter of mine could possibly have a nose so little.”

Moore was cast by Carl Reiner in The Dick Van Dyke Show, a weekly series based on Reiner’s life and career as a writer for Sid Caesar’s television variety show Your Show of Shows, in 1961. The cast knew the program would last five years from the start.

Danny Thomas, whose production company was responsible for the show, vouched for her favorably. Moore was recalled by him as “the girl with three names,” which he had previously rejected.