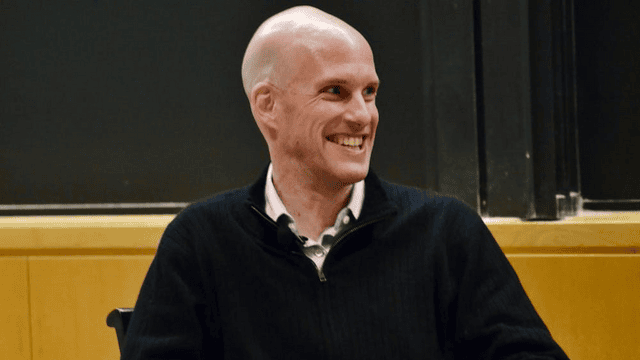 Here is Everything About “Grant Wahl Cause of Death”! Latest Information!

After the Death of Grant Wahl, people want the answer about Grant Wahl Cause of Death. Wahl died in Lusail, Qatar, early on December 10, 2022, while covering the 2022 FIFA World Cup. He was only 49 years old.

Grant Wahl was an American sports journalist who worked for CBS Sports as a soccer analyst, for Sports Illustrated as a senior writer, and for Fox Sports as a correspondent. He also wrote a book called “The Beckham Experiment.”

In his time at Sports Illustrated, he mostly wrote about college basketball and soccer in the US. Wahl ran for president of FIFA in 2011, but he didn’t get any support from a football association, so he dropped out. In 2020, he stopped working for Sports Illustrated and started his own podcast and Substack newsletter.

In this article, we will give you complete information about the Grant Wahl Cause of Death and much more. Please read this article for all information. In addition, if this article was useful, please offer feedback. Your feedback is precious to us.

Wahl unexpectedly passed away in the press box at the Lusail Iconic Stadium in Qatar on December 10, 2022, eight days after turning 49. He was covering the quarterfinal match between Argentina and the Netherlands.

According to a statement from his wife, local paramedics arrived swiftly and provided him with treatment for 30 minutes, including CPR, before transporting Wahl to a hospital. At the neighborhood hospital, he was declared dead.

We are shocked, saddened and heartbroken over the tragic passing of Grant Wahl. He was a kind and caring person whose passion for soccer and dedication to journalism were immeasurable. pic.twitter.com/ohJoZlGfk0

While Wahl’s exact cause of death is still unknown, he had complained of chest pain and sought care at the World Cup media centre clinic, where he was informed that he most likely had bronchitis. At the clinic, he received antibiotics and cough medicine.

Grant Wahl Cause of Death

When Argentina and the Netherlands went into extra time, Wahl reportedly slumped back in his seat in a section of Lusail Iconic Stadium designated for journalists. Reporters sitting next to him reportedly called for help. The reporters said that emergency personnel arrived extremely fast, and they later learned that Wahl had passed away.

The World Cup organizing committee stated in a statement that “he got urgent emergency medical treatment on site, which continued until he was taken by ambulance to Hamad General Hospital.” The statement left out a cause of death. “We are in contact with the US Embassy and the appropriate local authorities to make sure the body is returned in accordance with the family’s wishes,” the statement reads.

In a letter to his family, Wahl described how he had been feeling under the weather in the days before he passed away, writing in part, “I could feel my upper chest taking on a new level of pressure and anguish.” He sought medical assistance and was given medication for what was likely bronchitis.

Read More: What was Ray Liotta Cause Of Death? Latest Information!

Why did Qatar keep Grant Wahl in Jail?

Wahl said he was held for “nearly half an hour” in Qatar on November 21 because he was wearing a rainbow shirt to show support for the LGBTQ+ community. This was before the USMNT game against Wales.

Before the first World Cup to be held in the Middle East, Qatar’s laws against and treatment of LGBTQ people were points of contention. Qatar has said that everyone is welcome, including LGBTQ fans, but that visitors should respect the country’s culture.

“A security guard wouldn’t let me into the stadium for the USA vs. Wales game,” Wahl wrote on Twitter. “‘You need to get a new shirt. It’s against the rules.'”

Soon after the news of Grant’s death came out, the U.S. Soccer organization posted a heartfelt message on Twitter.

“The whole U.S. Soccer family is very sad to hear that Grant Wahl has died. Fans of soccer and good journalism knew they could always count on Grant to write stories about the game that was both interesting and informative.

Here in the U.S., Grant’s love of soccer and dedication to making it a bigger deal in sports played a big part in getting more people interested in and respecting our beautiful game “they put words on paper.

“As important, Grant’s belief in the power of the game to advance human rights was and will remain an inspiration to all,” they said. Cèline Gounder, Grant’s wife, is a doctor and medical journalist. She retweeted the statement from U.S. Soccer, thanking her husband’s supporters and saying that she is “completely shocked.”

In the above article hope we are able to resolve your all queries about Grant Wahl Cause of Death.