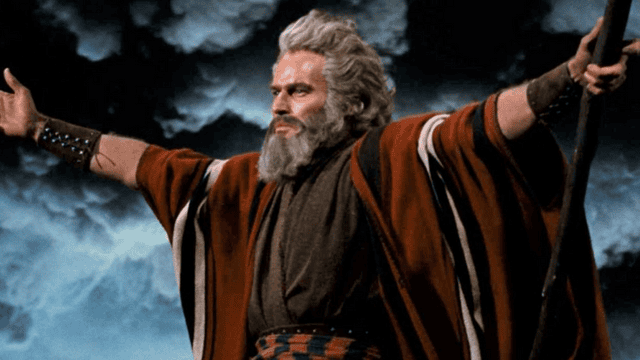 Moses’s life can be split into three parts of forty years each. Acts 7:23 says that for the first forty years of his life, Moses was pretty much part of the royal family of Egypt. Once Moses chose to help the Israelites instead of the Egyptians, he was forced to live in exile for the rest of his life (Acts 7:30).

In this article, we will discuss “How Old Was Moses When He Died?” Please read this article for details. Moreover, if this information was helpful, please provide feedback. Your input is invaluable to us.

How Old Was Moses When He Died?

The Torah says that Moses died when he was 120 years old, which is a very old age to die. Still, his death is usually seen as tragically early because he didn’t get to the Promised Land, which was his life’s goal. But this isn’t the only way to look at how Moses died.

This article shows how the references to Moses’ death in the book of Deuteronomy fit into history and literature. It tells a story that Moses’ death happened at the right place and time in the people’s lives, and that the people made it through the journey and made it to the promised land.

Moses’s Life in Order of Time

Even though he was born to a Hebrew woman, Pharaoh had ordered the Egyptians to kill all male Hebrew babies. God found a way for Moses to stay safe as he grew up. Moses was found by an Egyptian princess in the Nile. She had Moses’ mother take care of him while he was still young, and then she raised him as her own.

He lives as a king in Egypt for 40 years, until he kills an Egyptian for being cruel to a Hebrew slave. He runs away into the desert and ends up in Midian, where he meets his wife and lives for the next 40 years.

At age 80, God shows up as a burning bush and tells him to go to Egypt and tell Pharaoh to let his people go. For those of us who know the story of Moses, he goes back to Egypt, and 10 plagues hit Egypt because they wouldn’t let the Hebrews go. After the tenth plague, the Egyptians let them go, but then they changed their minds and chased them across the Red Sea.

Read More: How Old Was King David When He Died? Le’s Explore It!

Why Did People in the Bible Live for So Long?

Before the flood, we might have noticed that many people lived for a very long time. Methuselah lives 969 years and dies just before the Flood. And Moses seems to live to be 120, even though he looked like he could have lived for many more years.

But doesn’t the Bible say that after the flood, people won’t live past 120? After all, Genesis 6:3 says that when God sees how bad people are, he says, “Then the Lord said, “My Spirit will not fight with people forever, because they are mortal and will only live for 120 years.”

But people seem to live longer than 120 years after the flood. Abraham lives to 175, Isaac 180. So what’s up? Some people have thought that this means God gave people 120 years to change their ways before the Flood because he saw how bad they were. This comment seems to support the same understanding.