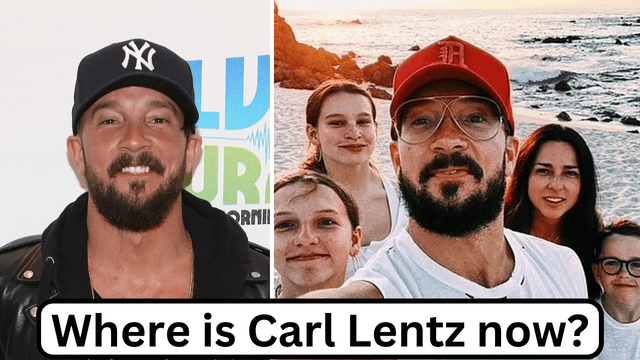 Where is Carl Lentz now: Many regular people are fixated on the idea of megachurches because of HBO’s critically acclaimed dark comedy The Righteous Gemstones. Fans are hungry for new material, especially now that the show has ended its second season and is no longer airing. Those with a penchant for scandalous ministers may now satisfy their cravings with a brand-new docuseries on Discovery Plus.

The three-part documentary series Hillsong: A Megachurch Exposed premiered on Discovery Plus on March 24, 2022. The series provides context for the many church scandals, such as allegations of abuse and corruption. Ex-Hillsong pastor Carl Lentz is one of the main characters in the show. Exactly where is he right this minute? What is it?

Who is Carl Lentz?

In the United States of America, you’ll find the former preacher Stephen Carl Lentz. GQ labeled Carl Lentz a “hype-priest” because of his status as a celebrity preacher and spiritual advisors to A-listers like Justin Bieber, Kendall Jenner, and Selena Gomez.

Prior to his dismissal on November 4, 2020, for “leadership concerns and breaches of trust, plus a recent revelation of moral shortcomings,” he served as the senior pastor of Hillsong New York City. The former nanny for Lentz’s kids filed a complaint against him for bullying, misuse of power, and sexual abuse on May 31, 2021.

Where is Carl Lentz Now?

The behavior of some of Hillsong Church’s most prominent leaders has drawn significant attention in recent years. Carl Lentz’s dismissal is discussed in the Discovery+ documentary series Hillsong: A Megachurch Exposed. Carl oversaw the pastoral staff at Hillsong New York City, a church attended by celebrities like Kyrie Irving, Kelvin Durant, and Selena Gomez.

Because of his acquaintance with Justin Bieber, Lentz rose to prominence as a preacher. Because of Justin, both Pastor Lentz and Hillsong have gained even greater notoriety. Lentz, a self-proclaimed fashionista and tattoo enthusiast, altered people’s perceptions of what a church leader should look like.

After Hillsong Church fired Carl, he was accused of sexual assault. Leona Kimes, his ex-nanny, said Carl sexually harassed her. She wrote on Medium about her shame and being instructed not to talk about it.

Leona worked almost 19 hours a day at Carl Lentz’s business before speaking up. since 2011. She also massaged Carl’s feet. He started touching her more. She was worried but didn’t know what to do. Leona said she froze and retreated when he touched her.

When Laura, Carl’s wife, discovered the assault, Leona accepted full responsibility. In 2017, Carl confessed, although not in front of the church. Leona was fired as the family’s nanny that year (2017). They gaslighted her by saying she was to blame and repent. She alerted Hillsong Church leaders about the abuse, thankfully.

Carl’s infidelity led to his swift dismissal from Hillsong, but his wife Laura stood by his side the whole time. Despite this, she is open about the toll the scandals and claims against her husband have taken on her mental health.

On Instagram in November of 2021, Laura said that she had “never suffered anxiety or PTSD until this year,” and that her melancholy had gotten “so terrible that [she] didn’t want to get out of bed.”

Laura stated, “I believe as I continue on my journey of recovery, learning to put myself first, focus on my family and grow in my marriage, I can utilize my story so far to help someone else! I’m not going to lie to you, it ain’t easy. I still deal with the effects of the trauma, the memories, and the thoughts, every single day. My therapists have been a lifesaver, man.”

The Australian native is currently pursuing a profession in the field of interior design. In December 2021, she began her firm, Laura Jayne Designs. The 43-year-old currently provides both residential and business services, as well as styling advice on her website’s blog.