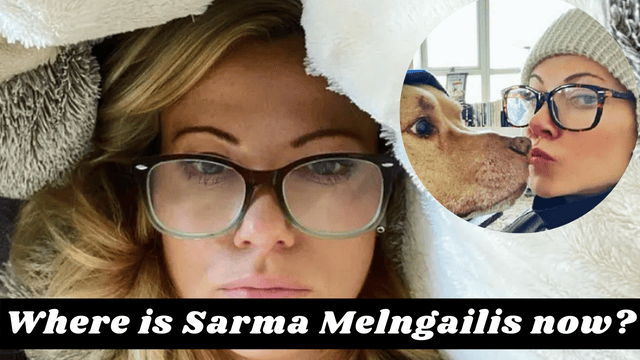 Where is Sarma Melngailis now? In the years following the headline-grabbing events of her arrest, trial, and incarceration, the titular Bad Vegan has largely been forgotten; however, the Netflix phenomenon has brought her back into the zeitgeist in a major way.

The disgraced restaurateur has been everywhere: eating vegan while entertaining the likes of Alec Baldwin, Tom Brady, and Gisele; getting busted after placing a Domino’s order; and finally, eating chicken drumsticks in prison. Find out what she’s been up to and whether or not she has paid back her many employees the huge sums they were owed during her time as the “vegan Bernie Madoff.”

Everything was going swimmingly for Melngailis until 2011 when she met Anthony Strangis online and the two started dating. In the following year, Strangis and Melngailis tied the knot after he made good on a promise to make her financially independent so that she would no longer need investors in her restaurant. Melngailis was found to have transferred $1.6m from business accounts to her personal bank account, but Strangis wasted no time in spending the money for himself.

While speaking to Vanity Fair, Melngailis claimed that Strangis made numerous other promises to her, including that she would “have access to unlimited resources” and that her dog would “be immortal and safe to be by my side for eternity.” The attorneys representing Strangis insist otherwise.

As Netflix put it, “a meat suit, if you will,” Melngailis claimed Strangis told her he was “non-human” and that his body was just a vessel.

The New York Times reported that Melngailis spent four months in prison after pleading guilty to theft and fraud charges in 2017. Following Strangis’s release from prison in May 2018, Melngailis filed for divorce. She admitted having an affair with her attorney, Jeffrey Lichtman, before learning of his marriage and children.

From March 25-27, 2022, former Pure Food and Wine chefs Nikki Bennett and Missy Maidana will offer a prix fixe menu from the now-closed restaurant’s archives via PostMates, ensuring that her tasty vegan dishes will not be forgotten.

Where does Sarma Melngailis live?

The New York Post reports that Melngailis and her rescued dog Leon live in Harlem. Despite what Strangis told Melngailis, Leon isn’t immortal at the moment. While speaking with Tudum from Netflix, Melngailis said “Having Leon in my life has really helped me find my feet.

When I’m sad or anxious, holding his face and looking into his eyes helps. I am, in a sense, trying to reassure myself. In contrast to the majority of dogs, ours actually thrives when we’re not home. Leon doesn’t get worried when we’re apart, but I do.”

Melgailis’s feelings about her pet’s possible eternal life haven’t completely subsided. She specifically mentioned the below-linked viral Netflix advertisement, in which the company is shown making fun of the concept.

Audio is… making fun of me. Is this how @netflix promotes their #badvegan content? By making fun of me, and even worse… by getting people to click through the promise of… pet immortality? What gives with this tolerance?? You should tweet @netflix for creating this.

I wish I could get everyone who approved this to sit down with me and explain it in plain English. Was the audio recorded with a room full of people giggling? Oh, and nobody batted an eye?”