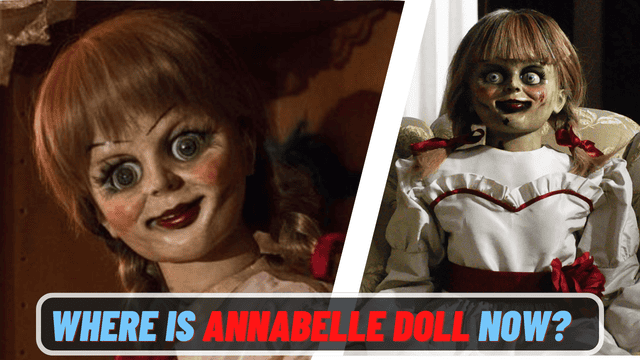 Where is Annabelle Doll now?: The real Annabelle doll has nothing in common with the doll from The Conjuring Universe. The horror movie version of Anabelle is much scarier than the Raggedy Ann doll that inspired the story. Anabelle is made of porcelain, and she has a piercing, unblinking gaze and a menacing smile.

Who is Annabelle Doll?

Annabelle is a Raggedy Ann doll that was displayed in the (now defunct) occult museum owned by paranormal investigators Ed and Lorraine Warren, who claims the doll is haunted. Since 1970, when ghost sightings began to be reported, Annabelle has resided there. There is an antagonist in the Conjuring Universe who is based on the doll. 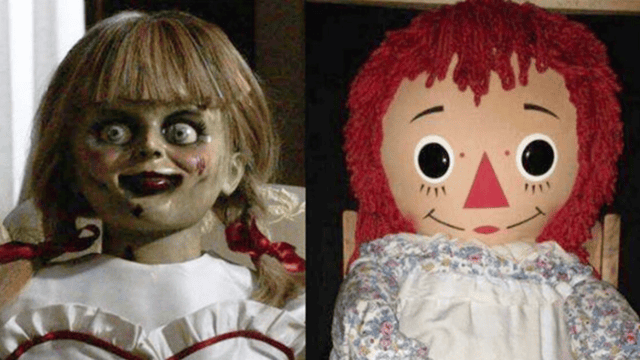 The Warrens claim that the doll was given to a nursing student in 1971. A psychic medium allegedly told the student that the doll was possessed by the soul of a young girl named “Annabelle” who had passed away. Despite the student and her roommate’s best efforts to accept and nurture the doll, the doll reportedly began acting maliciously and frightened everyone in the house.

The Warrens claim they were contacted at this point, and after determining the doll was possessed by evil spirits, they relocated it to their museum. The doll was stored in a glass case at The Warrens’ Occult Museum in Monroe, Connecticut, until the museum’s eventual closure.

Where is Annabelle Doll now?

The Ed and Lorraine Warrens Occult Museum in Monroe, Connecticut currently houses Annabelle Doll. The doll was given to a nursing student in 1970, according to the real Warrens.

A psychic medium informed the nurse that the doll was possessed by the ghost of a deceased girl named “Annabelle” after a number of strange events involving the doll.

When Ed and Lorraine Warren were asked to look into it, they found that the doll was indeed possessed by a demon. However, there has been debate surrounding Warren’s decision.

Like real-life Ed Warren, real-life Annabelle is actually much less impressive, according to science writer Sharon A. Hill. “We have nothing but Ed’s word for this, as well as for the history and origins of the objects in the museum,” she said in response to Warren’s claims.

The Conjuring Is a Film

The Conjuring is a supernatural horror film directed by James Wan and written by Chad Hayes and Carey W. Hayes that was released in 2013. It is the first installment in the film series The Conjuring Universe.

The Warrens help the Perron family, who are experiencing increasingly strange incidents in their newly occupied Rhode Island farmhouse, in 1971.

Wan has been confirmed as the director of a film titled The Warren Files, later renamed The Conjuring, based on the alleged paranormal investigation activities of married couple Ed and Lorraine Warren.

Related: Where is Brian Bell? What Happened in the Case of Kendrick Johnson?

Patrick Wilson and Vera Farmiga starred as Ed and Lorraine in his second collaboration with Wan. Filming began in February 2012 in Wilmington, North Carolina, and the sequences were shot in chronological order.

Warner Bros. Pictures and New Line Cinema released The Conjuring on July 19, 2013, in the United States and Canada. Critics praised the acting, directing, storyline, atmosphere, and musical score. It earned nearly $319 million globally on a $20 million budget. The sequel, The Conjuring 2, was released on June 10, 2016.

The plot of The Movie

In 1971, Roger and Carolyn Perron moved to a farmhouse in Harrisville, Rhode Island, with their five daughters, Andrea, Nancy, Christine, Cindy, and April. Their dog, Sadie, won’t come inside, and the entrance to the cellar has been closed off.

In the first few nights, strange things happen. The time on every clock in the house is 3:07 a.m. The next morning, Sadie’s body is found, and Carolyn wakes up with many injuries. She and Christine both face something bad.

Carolyn gets in touch with Ed and Lorraine Warren, who recently did research on a doll named Annabelle that was possessed. The Warrens meet Carolyn and agree to do an initial investigation. During this time, Lorraine, a clairvoyant, sees that the Perron family is controlled by evil forces and that leaving the house won’t free them.

They put cameras and bells all over the house to gather evidence, with the help of their assistant Drew Thomas and a police officer named Brad Hamilton.

More research shows that the house used to belong to a witch named Bathsheba Sherman, who was related to Mary Towne Eastey. In 1863, at 3:07 a.m., she gave her one-week-old child to the Devil and killed herself.