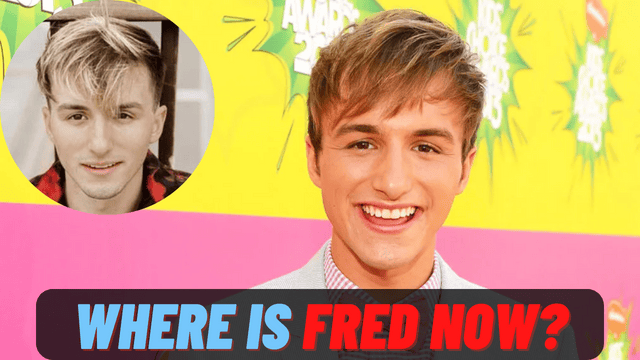 People who used YouTube when it first came out in 2005 know that it isn’t the same as it is now. Many of the creators and types of content have come and gone, and many of them seem like a long time ago now.

A young man who went by the name Fred Figglehorn was one of the first big creators on YouTube.

Fred was a 6-year-old kid with a high-pitched voice who was made by Lucas Cruikshank when he was 13. Fans loved Fred. He got millions of subscribers, and at one point he had a show on Nickelodeon that ran in 2012. There were also several TV movies.

Is Fred still in the story? What is Lucas doing right now, and where is he? What we know is as follows.

Lucas Alan Cruikshank is an American YouTuber and actor. In late 2006, he created the character Fred Figglehorn and the Fred series for his YouTube channel. These clips feature Fred Figglehorn, a made-up six-year-old with “anger management issues” and a troubled family life.

Lucas Alan Cruikshank was born on August 29, 1993, and he went to high school at Lakeview in Columbus, Nebraska. His parents, Molly Jeanne and Dave Alan Cruikshank are his biological ones. Two brothers and five sisters make up his sibling group.

Where is Fred Now?

Lucas has stopped being satisfied with Fred’s character. The channel still has millions of subscribers, but his final video was uploaded in 2012 before it was abandoned for years.

However, the channel was revived with fresh content as a result of Fred’s success. He underwent a rebranding in 2014 with kid-focused videos.

Several different series have aired on the Fred channel since the reboot. The most recent video that was uploaded is from a series called “Questions My Parents Won’t Answer” which was hosted by actual children. These teams would approach random adults on the street and ask them questions that parents typically find challenging to respond to on behalf of their children. Questions like “where do babies come from” and “why do some people live in parks” were among them.

The Fred channel also featured other shows like “Kid Advice” and “The Substitute.” But none of them endured for very long. 2014 saw the publication of the Fred channel’s final video.

How Did Fred Get Famous?

Lucas began making YouTube videos in 2005. He was uploading on JKL production, which Lucas and his twin cousins, Jen and Katie Smet, founded. When they were still testing characters, they first introduced Fred in a Halloween video. That’s when the fictitious character gained popularity.

By 2008, Fred’s popularity had grown to the point where Lucas launched the independent Fred channel the same year. The series alluded to themes such as family instability and anger management. It drew a lot of attention, and he became the first most subscribed YouTuber in 2009 with the silver play button.

In 2010, Nickelodeon recognized Fred’s achievements and produced a film based on the YouTube series. It later became a franchise, with numerous sequels to the first film. After the initial release of Fred: The Movie, he established himself as an actor, even starring in multiple hit shows such as iCarly and Monsters vs. Aliens.

What Is Fred Doing Now?

Fred’s prominence has been eclipsed by other YouTubers in recent years, but his old channel continues to attract viewers. Lucas Cruikshank has played Fred in a few skits since his retirement. There are currently no plans for the icon’s major return.

On his own channel, “Lucas,” the charismatic guy now stars in vlogs and comedy as himself. It has 3.27 million subscribers at present.