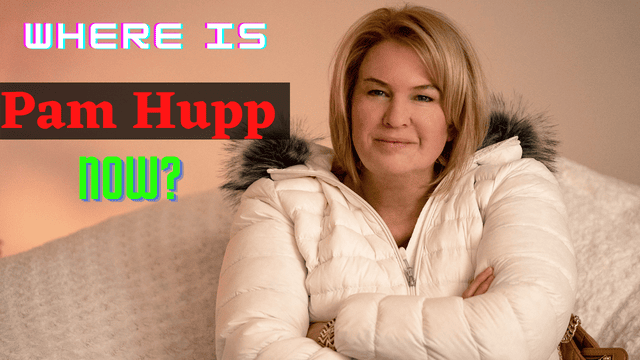 There is a lot to say about Pam Hupp’s story. She pretended to be close friends with a woman named Betsy Faria, but she really wanted to do something very bad. She planned to get Betsy to put Pam’s name on her $150,000 life insurance policy and then kill Betsy so she could get the money.

Hupp even tried to make it look like Betsy’s husband, Russ, had done the killing. Later, she shot and killed a man who was part of another plan to set Russ up, and some people think she may have even killed her own mother. If you ask us, she is one of the most planned killers by a woman in history.

With so much talk about NBC‘s true crime miniseries The Thing About Pam, viewers can’t help but wonder: Where is Pam Hupp and what is she doing now?

Who is Pam Hupp?

Betsy Faria, a friend of Pam Hupp’s, was found dead with more than 50 stab wounds the night after she was driven home from chemotherapy by Hupp in 2011. Betsy Faria’s life insurance policy was worth $150,000, and Hupp had convinced her just four days before her murder to name her as the sole beneficiary.

Betsy Faria was last seen alive by Hupp, but her husband Russel Faria was arrested on murder charges after police found blood splattered all over their home, suggesting a domestic dispute. On top of that, Hupp accused Faria of having a violent temper and reported him to the police. She even suggested they look at his computer, where they discovered a note purportedly written by Betsy Faria in which she expressed concern that her husband might kill her.

Faria was convicted of first-degree murder in 2013 despite his many alibi witnesses and pieces of circumstantial evidence, such as surveillance footage and a movie ticket stub. Faria appealed the verdict, and two years later he was found not guilty.

Where is Pam Hupp now?

People who enjoy seeing justice done to have good news. At the Chillicothe Correctional Center in Missouri, where she has been since August 2019, Hupp is currently serving a sentence of life in prison without the possibility of parole.

She was not, however, put in jail for killing Betsy. She is in prison for the murder of Louis Gumpenberger, a completely unrelated person. Louis was a helpless victim with both physical and mental impairments who she employed in a fictitious hitman plot to divert attention from herself and back to Russ.

When law enforcement officials initially believed Betsy Faria’s husband was the murderer and neglected to fully investigate the case, Pam was regarded as a key witness in the Betsy Faria case. Russ was initially found guilty, but his false conviction was ultimately reversed, and he did end up being exonerated — but only after giving up years of his freedom.

What you need to know about “The Thing About Pam” on NBC.

Each episode tells the story of Betsy’s disappearance in small-town Missouri, as well as what happened when law enforcement failed to properly investigate the case. With too many unanswered questions, the way has been cleared for further investigation into Pam’s involvement in Betsy’s murder.

With new information emerging, the question of what happened to Pam’s mother has also become a hot topic of discussion. Pam’s mother allegedly fell from a three-story balcony, which police determined was an accident. However, the manner in which the balcony broke and the force required to do so have led many to question whether it was an accident at all.

The Thing About Pam premieres on NBC on Tuesday, March 8, and will be available on Peacock the following day. Listen to Dateline’s 2019 podcast series of the same name, hosted by the one and only Keith Morrison, to catch up on the case.