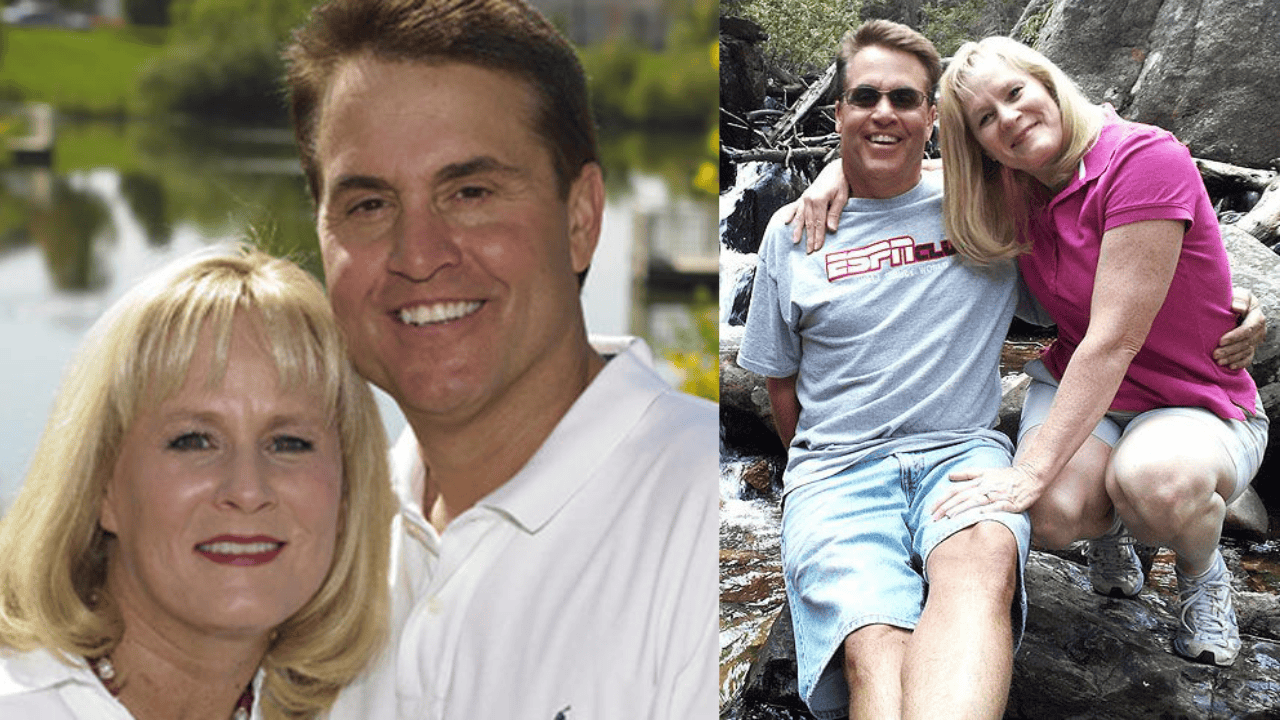 Killer Harold Henthorn was coldly methodical and cunning. Evidence suggesting he murdered his first wife, Sandra ‘Lynn’ Henthorn, led to his conviction for the murder of his second wife, Toni Bertolet. They had initially thought Sandra’s death was an accident, but as Harold used the same tactic with Toni, they realised he was a heartless opportunist.

Henthorn had his wives killed so he could cash in on their insurance plans. Toni’s life insurance claim was expected to be $4.7 million, and he had already received $500,000 from Lynn’s estate. Unfortunately for Harold, the prosecution was successful in proving his guilt to the jury, so he won’t get to keep any of the cash. A judge imposed an irrevocable life sentence without the possibility of release.

Where is Killer Harold Henthorn Now?

The federal prison where Harold is serving his time is located in Terre Haute, Indiana. He will probably spend the rest of his life in a federal prison. 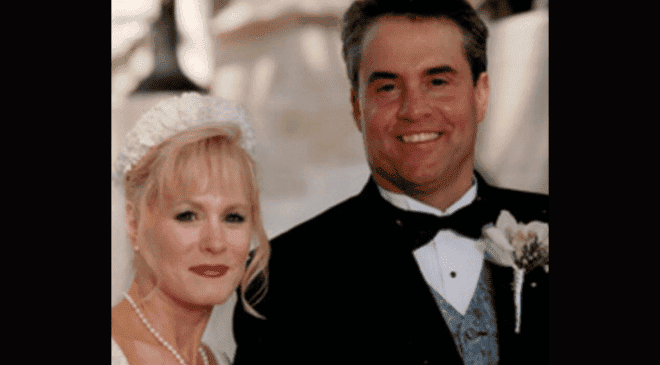 While Henthorn attempted to have his conviction overturned on appeal to the United States Supreme Court, the Court ultimately decided not to hear his case. Juries heard that Henthorn’s previous wife also died under dubious circumstances, and that he was the lone witness to her death despite this circumstantial evidence pointing to his guilt.

After an unsuccessful appeal to the Supreme Court, Henthorn attempted to have his conviction overturned on the grounds that his longtime defence attorney, Craig L. Truman, did an inadequate job of preparing the case.

Also Read: Where is Josh Duggar Now? When Was He Arrested?

Why the Court Decide Not to Hear the Case?

In an order dated June 23, Jackson said, “I was the presiding judge at the trial, and although it was a memorable trial in many respects, I have reviewed the trial transcript as a check on, and to refresh, my memory, Even if I had found that Mr. Truman’s performance was deficient in some respects (which I have not), I find that there is not a reasonable probability that the outcome would have been different absent the alleged errors or that my confidence or that of a reasonable person in the outcome has been diminished.”

The trial lasted 10 days, and evidence presented to the jury focused on Henthorn’s actions leading up to and including the day Toni fell to her death at Rocky Mountain National Park. 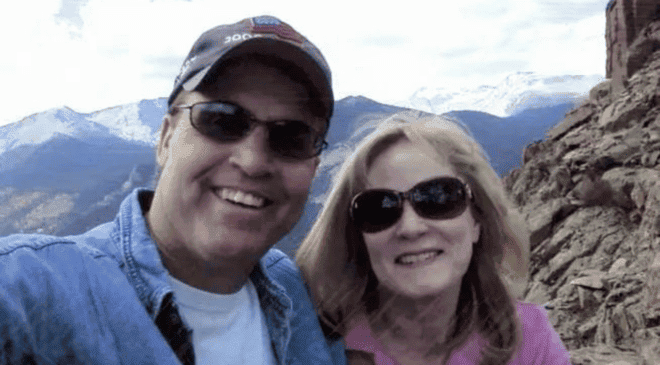 Henthorn did not appear to be giving Toni CPR when the dispatcher in Larimer County talked him through first aid procedures over the phone. Henthorn hung up the 911 call, citing the need to conserve battery life, but he then made over a dozen calls and sent and received over a hundred texts.

Must Read: Where is Casey Anthony Now After Her Daughter, Caylee, Died?

Why Harold Want a Fresh Trial?

Harold claimed his attorney had failed him and asked for a fresh trial. He said he paid attorney Craig Truman more than $1 million, but that Truman ‘acted in his own self-interest and put his personal financial gain ahead of conducting a solid defence for me.’

Henthorn claimed that Truman was a con artist out to get money out of him. Harold also mentioned that Truman did not let him have input on the defence policy. Then, Henthorn made the following assertions:

“He was not working on my behalf but misled me only for his financial gain. It is not right or fair to be defended in a murder trial by someone being dishonest or deceptive for their own personal advantage. Therefore, I am requesting a re-trial with representation from an ethical attorney.”

After having his appeals denied at every level, Harold is down to his final chance, which is why he has submitted this application. 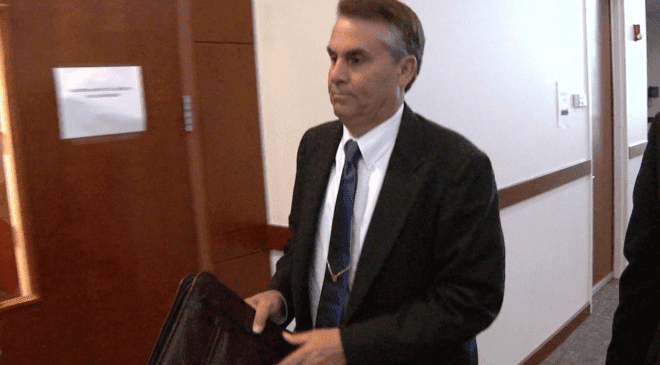 What Statements Were Made by the Family Members?

Heartbreaking impact statements were read at Harold’s sentencing from Toni’s and Lynn’s families. Kevin Richell, Lynn’s brother, admitted to Toni’s family that they had been duped by Harold and he felt terrible about it.  “We are beyond sorry for not seeing through it,” Richell said. “I think there is a special place in hell for someone like him.”

Haley’s guardian ad litem Barbara Cashman stated that Haley was worried she would turn out just like her father. “I think she was at risk of serious emotional harm,”  Barbara added. Thanks be to God, she said, Haley evolved after spending time apart from her dad. And, she claimed, Haley no longer considers Harold to be her father.

“Free from Harold Henthorn’s insistence that everything is just fine, Haley has been allowed to mourn for her mother. She went trick-or-treating for the first time on this Halloween. Haley does not wish to refer to Harold anymore as her father, but only as Mr. Henthorn.”

Grace Rishell watched the events unfold and pondered how she had managed to avoid Harold’s trap. After Lynn passed away, Harold remained close to her family and assisted Grace in raising their children. He persuaded her to buy a $250,000 life insurance policy in 2009 so that her heirs would be taken care of.

After a year, she told Harold’s broker to stop paying for coverage. Grace says about Harold in the Hulu series Wild Crime, “He [Harold] came back at me with, ‘after all I’ve spent investing in you, pouring all of our knowledge, all of our information – and you’re not grateful, I saw him as being very controlling at a whole new level.”

Grace had no idea that Harold had not cancelled the policy, but had instead made himself the new beneficiary and upped the payout to $400,000. Grace said of the moment she learned of Harold’s betrayal, “I was just shocked.” “I definitely felt that I could have been the third victim. How have I not seen through this guy?”

Grace told the Denver Post that she thinks Harold went to Texas in August 2012 to scout out isolated locations for a murder staging. “It’s creepy, scary, ugly,” she remarked. You feel used. You feel contaminated. I don’t know why I’m alive and Lynn and Toni are not.”