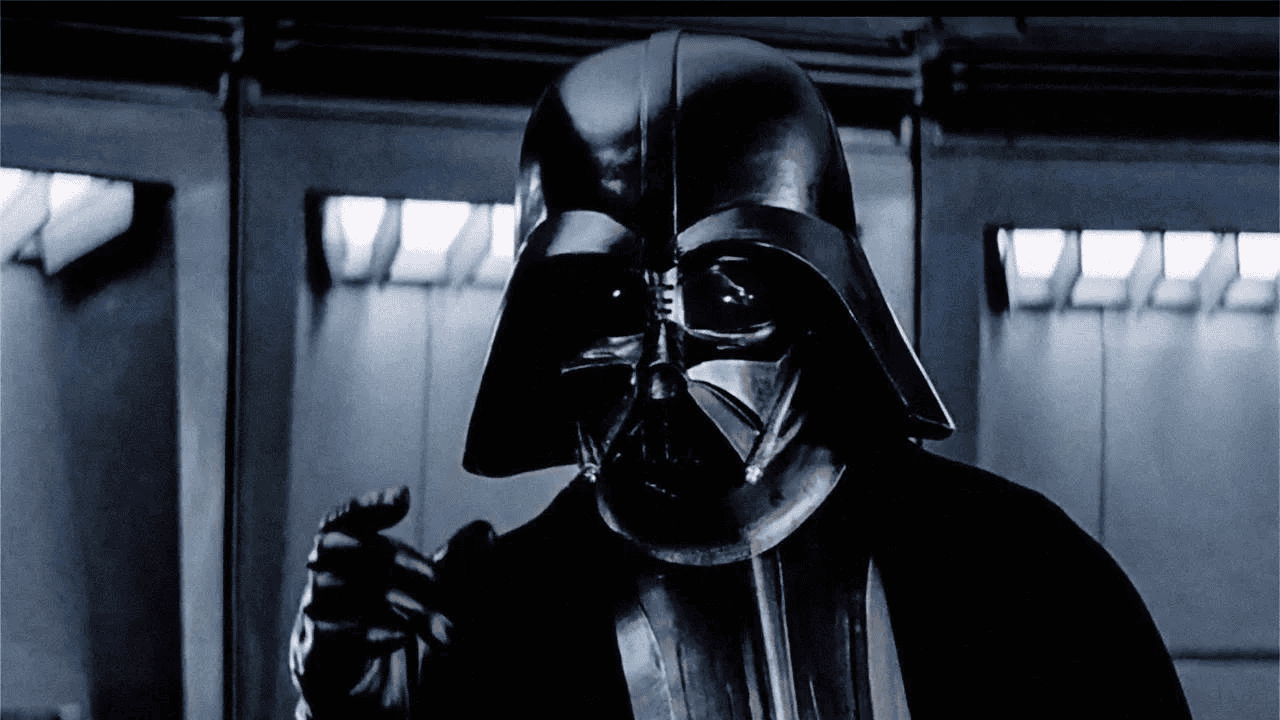 In the history of cinematic villainy, Darth Vader is among the very best. Over the course of six movies, audiences watched the tragic tale of Anakin Skywalker’s fall to the dark side and final death at the hands of Emperor Palpatine. Darth Vader’s death comes shortly after we see his unmasked visage for the first time in Star Wars: Return of the Jedi.

When he first appeared, many viewers were taken aback since he didn’t look old. However, after seeing the Prequel Trilogy, viewers understood that Anakin Skywalker was actually much younger than they had assumed when he transformed into Darth Vader.

The age of the great Darth Vader at his death is a question many have pondered.

Darth Vader’s age upon death was revealed to be 45 years old. In 41 BBY, Anakin was born, and in 4 ABY, Vader is killed in Return of the Jedi, therefore this is based on that timeframe.

It wasn’t until Anakin was nine years old that he was found on Tatooine by Jedi Master Qui-Gon Jinn, but he was born in 41 BBY (Before the Battle of Yavin). During the events of Attack of the Clones, Anakin was only 19 years old; by the time he became Darth Vader three years later, in 19 BBY, he was already an adult. 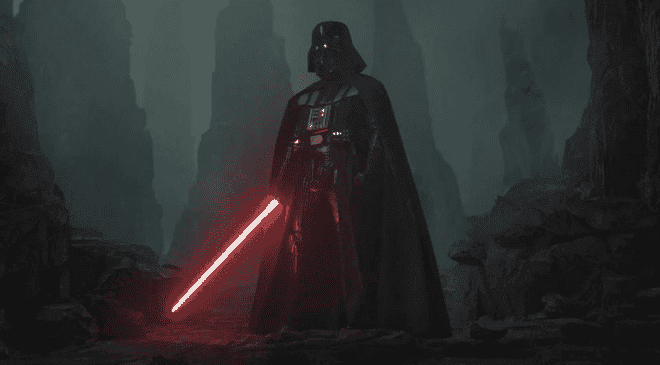 It was in the year zero that construction of the Death Star was finally finished, and it was shortly thereafter that it was destroyed. To the year 4 ABY (After the Battle of Yavin), when Darth Vader, aged 45, passed away.

Anakin, if he had survived, would have been 79 years old when the sequel trilogy began in The Force Awakens. Fans were unlucky, though, because they never got to see that happen.

In 2022, Disney Plus will air a new series starring Obi-Wan Kenobi, and Darth Vader will make an appearance in that show as well as the next Ahsoka series.

Also Read: How Old Was Yoda When He Died? Is Grogu Related to Yoda?

The voice of Darth Vader has always played a crucial role in portraying the character’s menace and the genuine weight that he carries, and this is not an exception to that rule. As a result of James Earl Jones providing the voice of Darth Vader in Obi-Wan Kenobi, the character has a sound that is instantly recognised and does not deviate significantly from any of his previous incarnations. 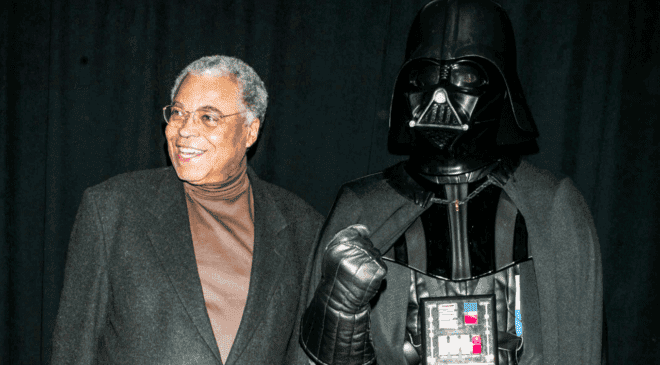 It had been speculated that Jones would return for the show or that the role of voicing Darth Vader would be taken over by someone else. However, as if the recognisable sounds weren’t enough evidence, the credits for Obi-Wan Kenobi’s episode 3 also reveal that Jones is providing the voice for Darth Vader in this instance.

What Was the Cause of His Death?

In “Star Wars: Return of the Jedi,” Darth Vader’s costume was severely damaged, which ultimately led to his death. The suit that Darth Vader wore contained a breathing apparatus that was attached to an air filter. This is how he was able to breathe. The identical mechanism that was used to create the infamous breathing sound that Darth Vader used.

After Anakin had returned to the good side of the Force, Emperor Palpatine struck him with force lightning, which caused the damage to his suit. In the final minutes before he passed away, Anakin pleaded with Luke to take off his helmet so that he might finally see his face. Luke complied with his request. 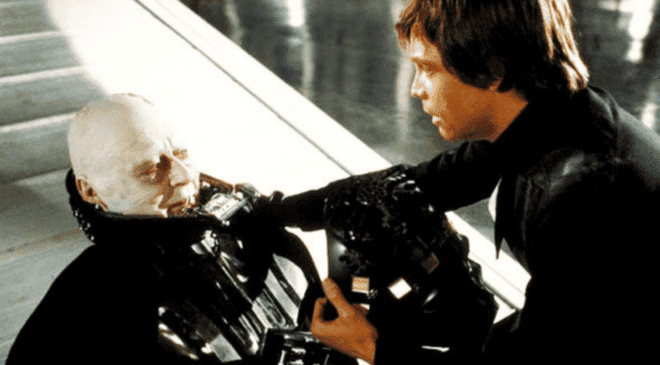 How Was Yoda’s Training Journey?

As a result of Jinn’s demise, Kenobi was promoted from Padawan to Knight. Despite Yoda’s repeated misgivings, the Jedi Council granted him permission to train Anakin.

In the ensuing decade, Anakin spent his time as a Youngling and Padawan until becoming a full-fledged Jedi Knight at the age of 19—smack dab in the middle of the Clone Wars. Shortly after his mother passed away, he secretly wed Padme Amadala.

Despite the fact that he was supposed to be a Jedi and hence should not love or be attached to anybody, his love for Padme and his mother’s death deeply affected him.

For the following three years, he served the Republic valiantly as a Jedi General, educating Padawan Ahsoka Tano and engaging in numerous battles. Despite his seeming success, he struggled inside and frequently clashed with other members of the Jedi Council. 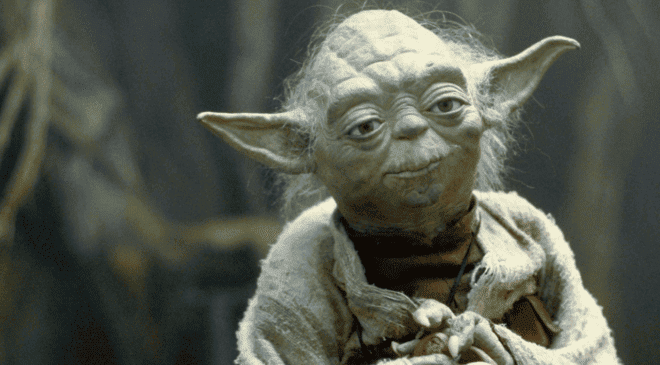 As soon as he learned Padme was expecting, he began having dreams of her passing away during delivery. Palpatine (Darth Sidious) taught Anakin that the Jedi were the bad guys and that he could save Padme by turning to the dark side. This was before he turned on the Jedi and became Palpatine’s student, Darth Vader.

For the following two decades and three months, Anakin was Darth Vader. In the end, Padme did pass away, just as he had dreaded, but not before she gave birth to Luke and Leia. Vader did not learn about them until much later since they were hidden from him.

10 Greatest HBO Series of All Time