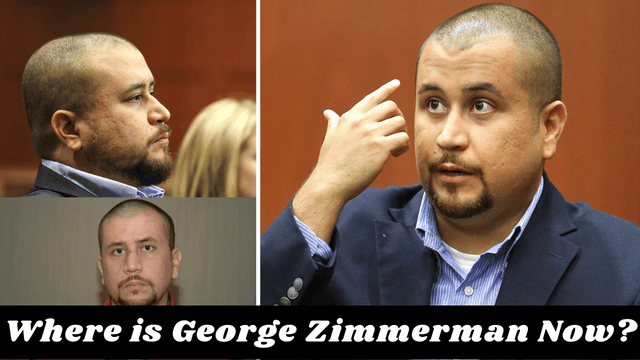 He is a well-known American man who killed Trayvon Martin in Sanford, Florida. As of 2022, his estimated net worth is $10 million.

He was later cleared of all charges in Florida v. George Zimmerman on July 13, 2013. He was the target of a shooting. The person responsible was convicted of trying to kill someone.

Who is George Zimmerman?

American citizen George Michael Zimmerman shot and killed Trayvon Martin, a 17-year-old black boy, on February 26, 2012, in Sanford, Florida. He was cleared of second-degree murder in Florida v. George Zimmerman on July 13, 2013. Zimmerman was the target of a shooting following his exoneration. The offender was found guilty of attempted murder.

What is George Zimmerman doing now?

According to The Washington Post, Zimmerman has made the most of his time in the spotlight by engaging in a number of disturbing and provocative acts. He was arrested on domestic violence charges, sold the gun he used to murder Martin online for $250,000, and retweeted a photo of Martin’s body. He most recently made headlines after a $100 million defamation lawsuit he filed against Martin’s parents and their publisher was dismissed.

The Martin family’s attorney, Ben Crump, stated at the time that Zimmerman “continues to display a callous disregard for everyone but himself, revictimizing individuals whose lives were shattered by his own misguided actions.”

Zimmerman made headlines again almost immediately after his acquittal, this time for allegedly pointing a gun at his estranged wife and girlfriend, though those charges were later dropped after the women recanted.

Then, Zimmerman was involved in two separate road rage incidents with the same man, the second of which resulted in the other man, Matthew Apperson, firing at Zimmerman as the two were driving their cars. In the ensuing criminal trial, Apperson claimed self-defense, the same defense Zimmerman used in his trial for the Martin killing. Apperson, on the other hand, was convicted and sentenced to 20 years in prison in this case.

Read More: Where is Brian Bell? What Happened in the Case of Kendrick Johnson?

Zimmerman was banned from Twitter in 2016 after repeatedly breaking the rules, and he then began selling artwork that art critics compared to that of serial killer John Wayne Gacy. He’s continued to make headlines for all the wrong reasons in recent years, and he’s even threatened producers working on a docuseries about Martin’s death.

Where is George Zimmerman Now?

After Zimmerman finished high school, he moved to Lake Mary, Florida, a suburb of Orlando, where he worked for an insurance company. Zimmerman went to school at night to get his insurance sales license. During this time, he became friends with the real estate agent Lee Ann Benjamin and her lawyer husband John Donnelly.

At his trial for killing Martin, both Benjamin and Donnelly would say good things about him. Donnelly says that Zimmerman and an African-American friend opened a branch of Allstate Insurance in 2004. The branch closed a year later because it didn’t do well.

Who is James Holmes? Things You Must Need To Know!

In July 2005, Zimmerman was arrested for allegedly hitting an undercover police officer who was trying to arrest a friend of his at a bar. After Zimmerman agreed to take part in a program to teach people about alcohol, the charges were dropped. In August, a month after the shooting, Zimmerman’s ex-girlfriend filed a restraining order against him, saying that he had been violent toward her.

Since the Martin case, the acquitted killer has not shied away from the legal system and has filed numerous high-profile defamation lawsuits.

In 2019, Zimmerman sued the Martin family, their attorney, and the government for $100 million. In the lawsuit, he claimed he was the victim of “malicious prosecution” and that Martin’s parents and their attorney conspired to bring charges against him.

A Florida Judge Dismissed the Claim Earlier This Month

In 2020, he sued the current Secretary of Transportation, Pete Buttigieg, and Senator Elizabeth Warren for a combined total of $265 million.

However, Zimmerman claimed that the two lawmakers defamed him on Twitter in separate tweets celebrating Martin’s 25th birthday, even though neither tweet directly referenced him.

Warren and Buttigieg were accused of murdering George Zimmerman “for political benefit in misguided and malicious attempts to improve their status among African-American voters,” according to court documents.

And he even tried to sue the press, but that was a bust, too. The defamation suit Zimmerman filed against NBC in 2012 was dismissed in June 2014 by a judge in Florida. Zimmerman claims that he voluntarily told the 911 operator that Martin was Black.

Zimmerman was repeatedly pulled over for speeding in the months following his acquittal, but he only ever received a ticket once, for which he was fined $265 in Lake Mary, Florida. It seems that Zimmerman will face legal problems.

He was involved in a road rage incident in 2014, which led to him getting into trouble. Following an argument, Zimmerman is alleged to have followed a car into a gas station, where he made a gun-wielding threat to the driver while he was dialing 911. He then appeared at the man’s place of employment two days later. No charges were leveled.

A man who narrowly missed Zimmerman in 2016 when he shot into his truck was sentenced to 20 years in prison. Matthew Apperson was found guilty of second-degree attempted murder despite his claim that he was acting in self-defense after George Zimmerman pointed a gun at him.

He also had a lot of personal fights and run-ins with the law.

Everything We Know So Far About 80 for Brady Release Date!