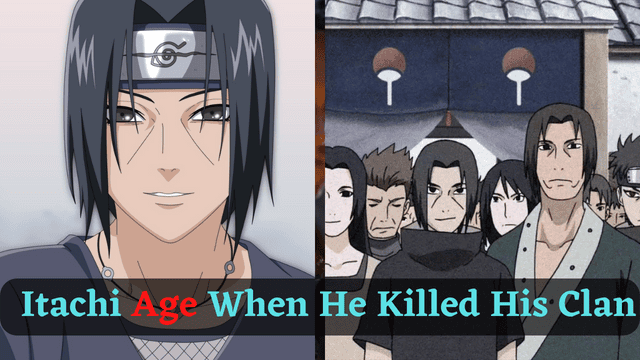 Itachi Uchiha was a Konohagakure Uchiha clan shinobi who served as an Anbu Captain. After murdering his whole clan and sparing only his younger brother, Sasuke, he subsequently became an international criminal.

He then joined the Akatsuki international criminal organization, which brought him into constant battle with Konoha and its ninja, notably Sasuke, who vowed to avenge their clan by killing Itachi.

Itachi Uchiha played a significant role in the village’s future and sacrificed his life and family to save all of Konoha. This article will go over how old Itachi was when he killed his clan.

How Old Was Itachi When He Killed His Clan?

From what the Naruto manga says, Itachi killed his clan when he was 13. In the manga, it is said that Sasuke was seven years old when the Uchiha clan was killed, and Itachi is five years older than Sasuke. This is the closest thing we can find in Naruto Manga to this information.

We’re all familiar with Uchiha Itachi. He was one of the best shinobi in the clan, which got him a spot in the Anbu corps, which is a special Assassination and Tactical Squad that works under Hokage orders and is basically a secret intelligence service that takes care of sensitive missions.

Knowing that Itachi joined this infamous group when he was only eleven years old is pretty scary for a child. But Itachi was already jaded because he was alive and there when the Ninja Continent’s Third Shinobi War happened.

Read More: How Old Was Will Smith in Fresh Prince and How Old is He Now?

We just read that Itachi was very skilled, so let’s find out what he could do and what he was good at. Itachi was one of the most powerful Genjutsu users in the whole series. He only had to look at Kakashi once to defeat him.

He was able to get the most out of Mangekyo Sharingan. Itachi was the first person to show Sasuke Susanoo and tell him to learn it well. His one eye could cast Amaterasu and control the flames with it. 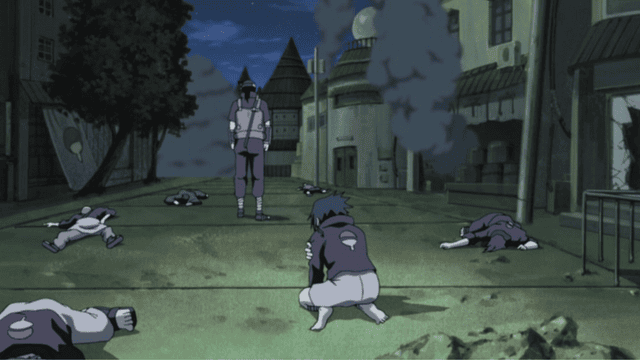 He could also use forbidden Jutsus like Izanagi and Izanami, which helped Konoha during the war. Even after he died, he saved Leaf village from Kabuto’s reanimation Jutsu. So, these are the things Itachi used to be able to do.

Read More: How Old Was Julie Andrews in Mary Poppins? Let’s Explore It!

How Did Itachi Kill His Clan?

Itachi and Tobi killed everyone in the Uchiha clan in one night. In the anime, Tobi killed the military part of the Uchiha Clan by attacking the headquarters of the Konoha Military Police Force. This made it easy for Itachi to kill the civilian part of the clan without much trouble, and Tobi also stole some of the Uchiha’s bodies.

Itachi thought that Fugaku was his biggest enemy, so he was very careful when he went to his house. He couldn’t believe it when both of his parents were ready to die rather than fight him. Both respected his choice to help the village instead of the clan and only asked that he take care of Sasuke. He killed them with tears in his eyes right before Sasuke came home from the Academy.

How Old Was Sasuke When Itachi Killed His Clan?

Sasuke is the only member of Konohagakure’s once-powerful Uchiha clan who is still alive. At the age of seven, his brother Itachi killed everyone in their clan, but Sasuke was spared because Itachi didn’t think he was important enough to kill.

Sasuke Uchiha is one of the last people left from the Uchiha clan in Konohagakure. After his older brother Itachi killed everyone in their clan, Sasuke made it his goal to kill Itachi and get revenge. He joins Team 7 when he becomes a ninja, and his skills start to improve as he competes with his rival and best friend, Naruto Uzumaki.