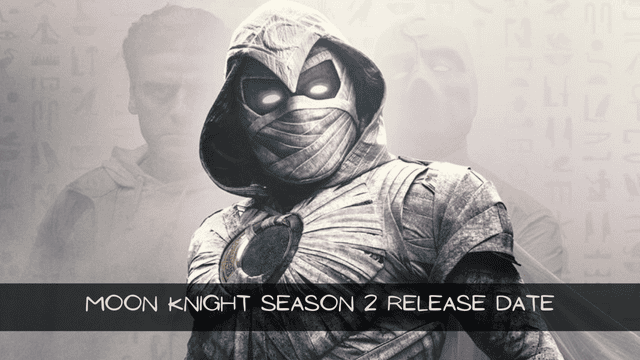 The American TV miniseries Moon Knight was made by Jeremy Slater for the streaming service Disney+. It is based on the same-named Marvel Comics character. Also, it is the sixth TV show in the Marvel Cinematic Universe (MCU) that Marvel Studios has made. It follows the same storyline as the movies in the franchise.

It shows how Marc Spector and Steven Grant, two different sides of a man with dissociative identity disorder (DID), are drawn into a mystery involving Egyptian gods. Slater is in charge of writing, and Mohamed Diab is in charge of directing.

The first episode of Moon Knight aired on March 30, 2022. It ran for six episodes and ended on May 4, 2022. It is part of the MCU’s Phase Four. The show got good reviews. Isaac, Calamawy, and Hawke’s performances, the show’s darker tone compared to other MCU shows, and how it portrayed DID were praised in particular.

As of October 2022, there is no date set for the second season of Moon Knight. Isaac made it clear that he thinks Moon Knight is a limited series, not a show that will keep going.

Still, Moon Knight writer and producer Jeremy Slater told Total Film about his plans for the character beyond the series, though he admits he’s not sure if the Fist of Khonshu will ever join Earth’s Mightiest Heroes.

What Could Be the Plot of Moon Knight Season 2?

Marc Spector’s adventures as Moon Knight would probably continue in the second season of Moon Knight. In the first season, the avatar of Khonshu had to deal with Harrow and his cultists, but a second season could go in a lot of different directions.

Some fans may want to see the masked hero fight Werewolf by Night, but we think it would be cool if the next series was based on the Shadow Knight story. In this story, Randall, Marc’s brother, came back as the deadly Shadow Knight, a bad version of Moon Knight who became a sort of twisted version of Khonshu’s avatar.

There’s also the loose end of Marc’s third personality, Jake Lockley, who put a bullet in Harrow’s (Ethan Hawkes) head. Lockley seems to be a bad person. Marc and Steven don’t know about him yet, but we don’t think that will be the case for long.

Who Will Be in the Cast of Moon Knight Season 2?

If there is a second season of Moon Knight, Oscar Isaac would likely play the hooded hero again. That means Marc and Steven would probably show up, too, but the funny thing about Moon Knight is that you can never be sure which of his personalities will be around from one story to the next. The rest of the cast are:

Is There Any Trailer for the Moon Knight Season 2?

No official confirmation has been made yet. We keep asking Khonshu to speed up the nights to move things along, but even if he does, we don’t expect to see new Moon Knight season 2 footage for a while. And that’s if the show is even brought back. You can watch the trailer of the season as of now:

How Many Episodes Does Season 2 of Moon Knight Have?

In August 2019, the first season of the TV show Moon Knight was announced, and Slater was named it is head writer. On the other hand, Mohamed Diab was hired to oversee the making of the four episodes of the series in October 2020, exactly one year later. The other two episodes were overseen by Aaron Moorhead and Justin Benson, who are a duo. The upcoming season might have 10 episodes as per the sources.

Where Can I Watch the Second Season of Moon Knight?

The original version of the show, which is a short series called Moon Knight season 2, is exclusively available to stream on the Disney+ platform.

Since a clear path has not yet been created for this adored character, Moon Knight’s comeback currently ranks as one of the greater mysteries in the MCU. After the success of Moon Knight, Isaac has provided a few direct clues that appear to point toward the character’s future, though any additional MCU appearances have not yet been confirmed.

However, most recently, Isaac stated that he has “no official news” on Moon Knight’s comeback. However, as is customary with the MCU, this most recent statement may merely be a means of preventing spoilers.