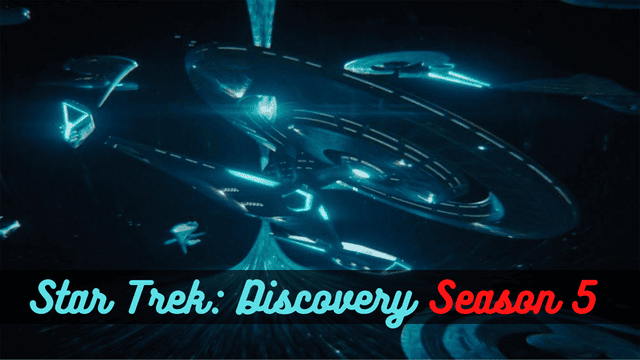 In the fifth season of the American TV show Star Trek: Discovery, which takes place more than 900 years after Star Trek: The Original Series, the crew of the USS Discovery goes on an adventure across the galaxy to find a mysterious power that has been hidden for hundreds of years and that other dangerous groups are also looking for.

Alex Kurtzman and Michelle Paradise are the showrunners for this season, which is made by CBS Studios, Secret Hideout, and Roddenberry Entertainment. Michael Burnham, who is the captain of the Discovery, is played by Sonequa Martin-Green. Doug Jones, Anthony Rapp, Mary Wiseman, Wilson Cruz, Blu del Barrio, and David Ajala are also back.

In January 2022, as part of a big announcement about the future of the Star Trek Universe, season five of Star Trek: Discovery was given the go-ahead. Along with the news, it was also said that Picard will end after its third season and that Strange New Worlds has been given a second season.

But since each season has come out once a year in the past, we can hope that season five will come out by the end of 2022, but it’s more likely that it will come out in early 2023.

What is The Plot of Star Trek: Discovery Season 5?

Sonequa Martin-Green said in an interview with Digital Spy: “I can say for sure that it will be nice. It will make you feel good. And I think it will be beautiful in the best way possible.“

She also hinted that there will be a deeper connection between Booker and Burnham. She said that the two will “always be tied together in some way.” 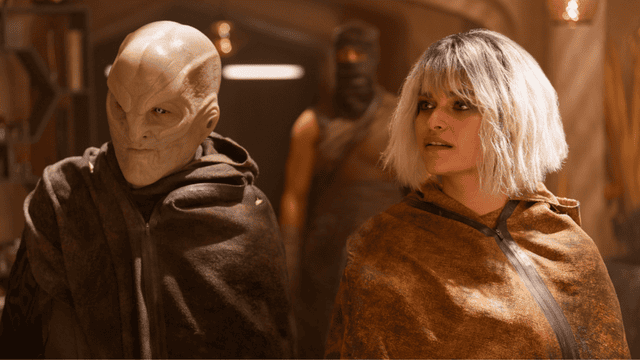 The people on the USS Discovery are looking for an ancient and mysterious power that has been hidden for hundreds of years. When they figure out the mystery, they will run into a lot of people who are desperate to get their hands on the secret force.

Captain Burnham and her crew will have to work very hard to find out what has been lost to time because it was hidden on purpose. As the captain and her crew journey into the unknown, new planets call to them. The USS Discovery is flying back and forth between the past and the future in an epic quest to solve this important puzzle.

Who will be the Cast of Star Trek: Discovery Season 5?

In March 2020, when Season 4 was being made, work on Season 5 began. Originally, the two seasons were supposed to be filmed right after each other. The planned shooting schedule had to be changed because of the COVID-19 pandemic. Paramount+ didn’t order Season 5 until January 2022.

The 10-episode order meant that Discovery would have less screen time than other Paramount+ Star Trek titles. As of March 2022, the fourth season was still being edited, but the fifth was already being written. Olatunde Osunsanmi, who is in charge of making the show, said that Season 5 would be more like the first Star Trek.

Season 5 started shooting on June 13, 2022, and the video wall technology was still used. It was said that the last episode of the season had already been written by the middle of September 2022. After making an appearance at New York Comic-Con at the beginning of October, a short trailer for Season 5 was put online.

Where Can I watch The Season 5 of Star Trek: Discovery?

The fifth season of Star Trek: Discovery is going to come out on Paramount+. The show will start airing in 2023, but no specific date has been set yet. On Paramount+, you can stream seasons 1-4. When judging a show, everyone looks at its rating.

Most of the time, the best way to know if a show will continue to air is to look at how well it does in the ratings. As your rank goes up, your chances of making it are better. The show has a good IMDb rating of 7.0/10 and a good audience rating of 87% on Rotten Tomatoes.