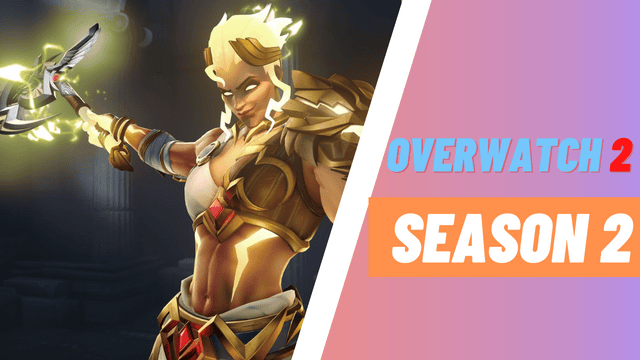 Overwatch 2 is finally out, and after a few weeks, people are used to the changes and updates, and players are getting into the new heroes. But the game will keep getting better, and Season 2 will add a lot more to it. But when will Season 2 of Overwatch 2 come out?

Well, Blizzard has confirmed that the Overwatch 2 season will last about nine weeks, and the company plans to stick to this schedule from the time the game comes out. So, if you can do some quick math, you can figure out when Season 2 of Overwatch 2 will come out. But if you don’t want to, the rest of this article will explain it.

Blizzard has confirmed that the worldwide release date for Overwatch Season 2 will be December 6, 2022.

Also included in Season 2 is a new tank hero, a new map, a new battle pass to level up in, a new Mythic Skin, and over 30 additional skins for the game’s heroes. All of this information, including the Season 2 release date, was disclosed at the same time as Overwatch 2.

Season 2 of Overwatch 2 will include all the changes made to the support model thus far, including full crossplay and cross-progression, allowing players to play together and take their unlocks across platforms. On top of these alterations, new and exciting things will crop up throughout the season.

The Season 2 update will also include a brand-new Overwatch 2 map, though we don’t know much about it besides the fact that Ramattra is “connected to this map.” This map, which shows a monastery isolated in a snowy mountain region, was recently revealed in the Ramattra gameplay trailer. The uncanny similarity to the current Nepal maps could indicate that a new Control map is about to be released.

If you’re eager to dive into the upcoming PvE mode in Overwatch 2, we’re afraid you’re going to have to wait a little while longer. The Overwatch 2 Season 2 update promises tonnes of content. A dedicated PvE mode won’t be available until 2023, according to Blizzard’s content roadmap.

Ramattra is the new character in Overwatch 2. Ramattra is a tank hero who served as Null Sector’s leader. As the leader of the Null Sector, they can transform between Omnic and Nemesis forms to either support or damage their teammates.

As you can see, Overwatch 2 will not slow down after its release, and if Blizzard can meet the Overwatch 2 Season 2 release date and future season dates, the series’ best days may be ahead of it. However, there is a lot of waiting to see if the studio can fix many of the support issues we saw with the first game, and Season 2 will be the first opportunity to find out.

Overwatch enjoys a good holiday event. Probably most notably, the game hosts an annual Halloween event with unique game modes and a multitude of cool cosmetic rewards. Even though there are no confirmed plans as of yet, it is safe to assume that a winter holiday-themed event will take place near the end of December.

Although many cool cosmetics were available during the most recent Halloween event for Overwatch 2, they could only be purchased with in-game currency, which was one of the community’s biggest complaints. This criticism has been heard by Blizzard, which assures players that, going forward, “each event now has a skin you can earn” simply by playing the game.

There will be players who believe one skin is insufficient compensation. When the company was selling a $10 skin for the hero Mei during a time when she could not be played in the game due to balancing changes, Blizzard’s practice of charging fans high prices for purely cosmetic items recently received negative attention.