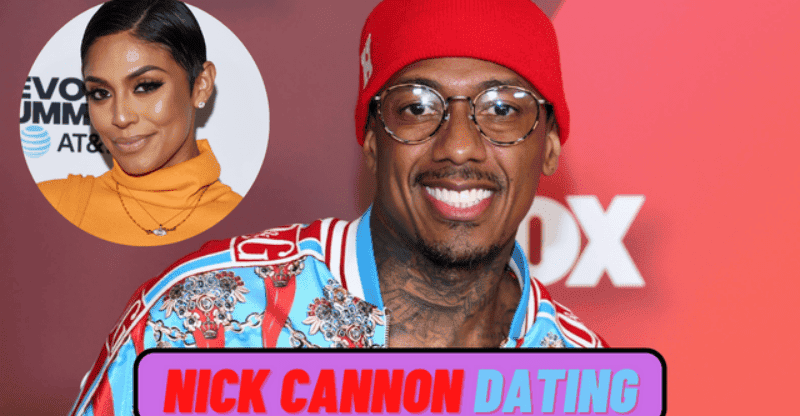 Nick Cannon seems to have taken things to a whole new level over the past year. Aside from hosting The Masked Singer and working on Wild ‘N Out, Nick’s personal life also seems to be very busy. That’s what happens when you have four babies within a few months of each other!

In case you didn’t hear, Nick Cannon’s ex-girlfriend Brittany Bell gave birth to their daughter, Powerful Queen Cannon, in December 2020. (They also have a son together, Golden, who was born in February 2017.) In June 2021, Nick and Abby De La Rosa had twin boys, Zion and Zillion. It is said that Nick is expecting another child with Wild ‘N Out background actress Alyssa Scott.

Fans are amazed by the entertainer’s ability to keep up with what seems to be multiple separate relationships, and many of them wonder how he does it. So, who are Nick’s girlfriends, and how have things changed since he’s had (or is having) so many babies?

Who is Nick Cannon?

American TV host, actor, rapper, and comedian Nicholas Scott Cannon. Cannon’s television career began when he was a teenager on All That and has since included hosting roles on Wild ‘n Out, America’s Got Talent, Lip Sync Battle Shorties, and The Masked Singer. Acting roles include those in Drumline, Love Don’t Cost a Thing and Roll Bounce.

His first album under his own name was released in 2003, and it featured the hit single Gigolo a collaboration with R. Kelly. For the 2007 film Goal II: Living the Dream, he played made-up football player TJ Harper. Cannon recorded the singles “Dime Piece” and “My Wife” in 2006 for the unreleased album Stages.

Who Is Nick Cannon Dating?

Nick Cannon is currently dating Abby De La Rosa. Wild-and-free. Nick Cannon has a big family. He has 10 kids and two more on the way with five different women, and Abby De La Rosa is the mother of four of them.

DJ De La Rosa met the Masked Singer host for the first time “while I was a personality on one of L.A.’s hottest hip hop stations,” the Los Angeles native said in June 2022 on her Instagram Story. “It was only fair that I took it to the 6th Street Bridge, baby.”

Related: Abby Da La Rosa Net Worth: What is Her Relationship with Cannon Like?

Even though De La Rosa didn’t say what year they met, she has been open about her relationship with the Drumline star, with whom she has twin boys, Zion and Zillion, who were born in June 2021. She announced her third pregnancy the next year, and Cannon was later found to be the father.

Abby De La Rosa is speaking out about her open relationship with Nick Cannon.

During an appearance on the Lovers and Friends podcast with Shan Boodram, the radio personality discussed polyamory. De La Rosa, who is expecting her third child with the Wild ‘N Out star, said she understands why some people oppose non-monogamy, but she insists she is not “being played,” as some seem to believe.

“Technically speaking,” she said of Cannon’s other girlfriends, “we all know about each other.” “It’s just a matter of how much you want to know. How much information do you want to know? “I have faith in my relationship with Nick.”

The 31-year-old went on to say that she is currently “monogamous by choice,” with Cannon, 41, serving as her “primary” partner. She has made it clear, however, that she is open to other relationships if there is a connection.

De La Rosa said her relationship with Cannon had no impact on her self-worth or motherhood.

When people attack her motherhood, she becomes hypersensitive. “My openness in my relationship doesn’t affect my motherhood, my children’s wholeness, or our strength.

She hopes she and Cannon can inspire their children to follow their own passions.

“I can’t wait for my kids to say, ‘Mom and dad, you did it your way,'” she told Boodram. I hope my children can do things their way, not the way the world expects them to…the way mom and dad did.”

One of Nick’s Girlfriends, Abby, Recently Gave Birth to Twins!

Early in 2021, Abby posted her maternity photoshoot with Nick, confirmed that they’re expecting twins, and accompanied the post with a lengthy caption about how significant the pregnancy is to her. The post was deleted, but it contained the following text:

“Our dearest sons, my miracle babies, I am honoured that you chose me to be your mother. I am aware that the Lord has prepared me for the gift of not one but two angelic children “Abby captioned the photographs of herself and Nick with the following: She has been relatively secretive about the inner workings of her romantic life, and this post represents one of her most significant admissions to date.

In June of 2021, Abby announced the birth of her twins, Zion Mixolydian Cannon and Zillion Heir Cannon. She did not tag Nick in the post, but based on the twins’ surname and Nick’s previous posts, it is evident that he is the father. According to reports, he is reportedly expecting a second child! This has left some individuals confused.

The radio personality has been open about their polyamorous relationship. She said she understands why some oppose non-monogamy but doesn’t feel “being played”. Some people are preoccupied with what they are afraid of, she said. 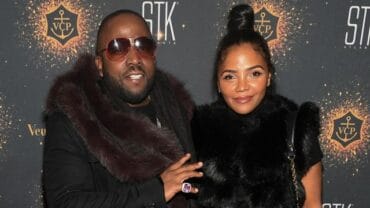