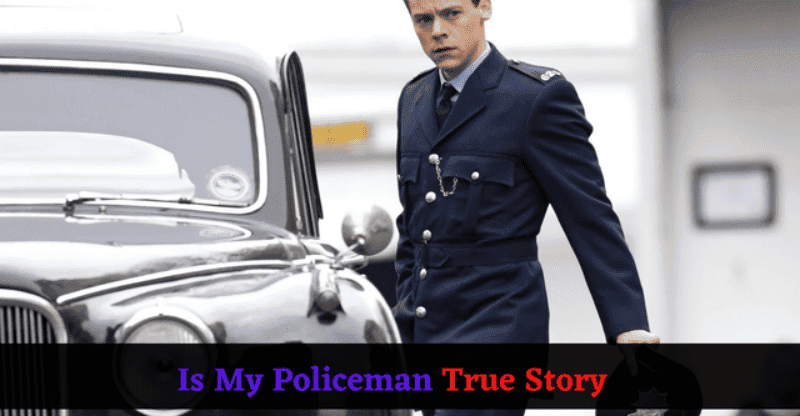 Have you watched My Policeman on Amazon Prime Video? Do you want to whether it is based on a true story or not? If so, You have visited the right place. In this article, we will discuss the true story behind My Policeman and much more. Please read this article for all information. In addition, if this article was useful, please offer feedback. Your feedback is precious to us.

The 2022 American romantic drama movie My Policeman is based on Bethan Roberts’s 2012 book of the same name. The movie is directed by Michael Grandage. Harry Styles, Emma Corrin, Gina McKee, Linus Roache, David Dawson, and Rupert Everett are among the actors in the movie.

My Policeman had its world premiere at the Toronto International Film Festival on September 11, 2022. Amazon Studios will release the movie in the United States on October 21, 2022, and Prime Video will make it available to stream on November 4, 2022. Critics had mixed things to say about the movie. They liked Dawson’s performance but didn’t like how it was directed or written.

Is My Policeman a True Story?

My Policeman is based on Bethan Roberts’s 2012 novel of the same name. Roberts was inspired by the complicated love triangle between famous author EM Forster (Howard’s End, A Passage to India), a handsome policeman, and his wife. Forster had a few gay relationships over the years, but none lasted as long or were as intense as the one he had with policeman Bob Buckingham.

Roberts wrote the following in a piece for The Guardian in 2012: “EM Forster and the police officer Bob Buckingham were in love for 40 years. When they met, Buckingham was 28 and Forster was 51. They shared holidays, friends, hobbies, and domestic and sexual life in Forster’s Brunswick Square apartment on many weekends.”

“But,” she said next, “there were three people in this relationship.” In 1930, they met at the Oxford vs. Cambridge boat race. Buckingham’s high-level knowledge impressed Forster, so Forster invited him back to his flat, and the two quickly became close. Forster wrote to his friends that he was “violently in love” with Buckingham and that their “spiritual feeling” had now “extended to [his] body.”

But Forster’s happiness didn’t last long. In 1932, Buckingham said he was going to marry a nurse named May, whom the author called “sly, bossy, and smart.”

When Was My Policeman Released?

From Friday, November 4, 2022, everyone in the world will be able to watch My Policeman on Prime Video. Some British theatres have already shown the movie since October 21. 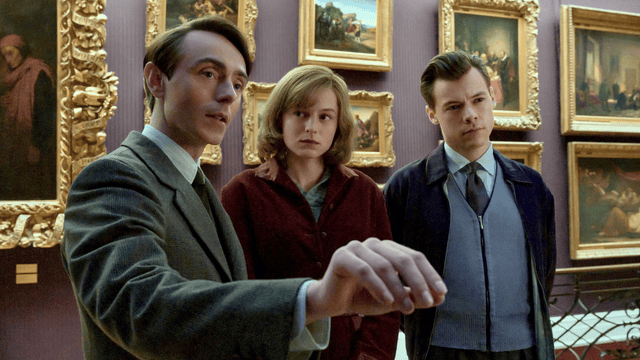 On September 11, 2022, My Policeman was shown for the first time at the Toronto International Film Festival (see pic below). My Policeman is 113 minutes long and has an R rating.

What is the Storyline of  My Policeman?

In the movie My Policeman, Tom (Harry Styles) and Marion (Emma Corrin), who will become his wife, go for a paddle on Brighton beach. As a result of societal expectations, they get married. However, Tom has a long-lasting relationship with museum curator Patrick Hazelwood (David Dawson) that completely upends their lives.

Tom is aware that it would be safer for him to be in a relationship with Marion than to be with Patrick during a time when homosexuality was prohibited in Britain. But when Marion realizes that Tom really does want to be with Patrick, it sets off a terrible series of events.

In this film, there are two histories, and Tom, Marion, and Patrick are reunited in the 1990s. Linus Roache plays the elder Tom, Gina McKee portrays Marion, and Rupert Everett portrays a very ill Patrick. The events that occurred 40 years ago still have an impact on society and serve as a sharp reminder to Tom of what might have been.

Trailer of My Policeman

On September 7, Amazon Prime Video published the complete trailer for My Policeman. Before showing how Tom’s forbidden love for Patrick wrecks their marriage, it first shows off the budding relationship between Tom and Marion. It also provides us with a brief view of the older three, which consists of Rupert Everett, Linus Roache, and Gina McKee.

Rating of My Policeman

When judging a show, everyone looks at its rating. Most of the time, the best way to know if a show will continue to air is to look at how well it does in the ratings. As your rank goes up, your chances of making it are better. The show has a good IMDb rating of 6.5/10 and a good audience rating of 65% on Rotten Tomatoes.

All My Policeman updates have been posted in this article. If you enjoyed this article, please share it with your family and friends. Also, visit our website for additional information about My Policeman. 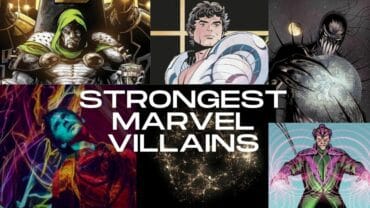