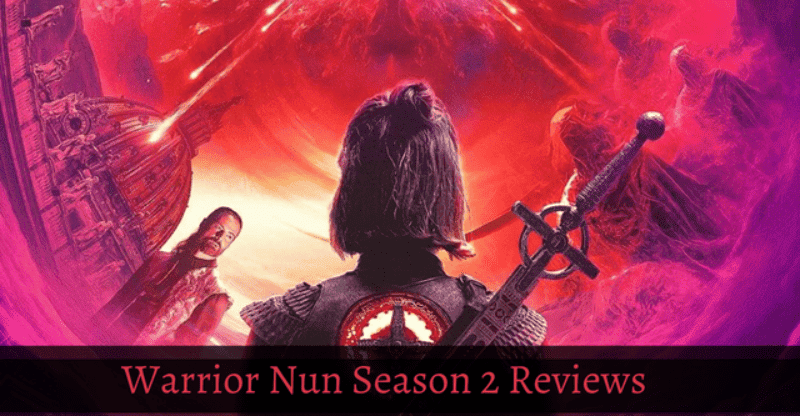 Have you seen Warrior Nun Season 2? If you answered yes and want to know about the reviews for this season, you’ve come to the right place. In this article, we shall discuss the review of the second season of Warrior Nun. To get all the details, read this article. Also, if you found this article helpful, kindly share your thoughts. Your opinions are very valuable to us.

I knew Netflix’s Warrior Nun had finally found out what kind of program it was when the stately nun grabbed a rifle and began to take out a room full of demon-infested priests — and that show was entertaining as hell.

Warrior Nun, a Netflix show about a young nun who returned from the dead and was gifted with superpowers by an angel’s halo to battle evil forces, first aired in 2020.

Warrior Nun Season 2 Reviews: Watch It or Skip It!

There is a lot of ongoing trauma from what happened in the first season finale as Season 2 of Warrior Nun begins. When Father Vincent (Tristan Ulloa) was exposed as the bad guy’s agent, the new Holy Father Francisco Duretti (Joaquim de Almeida) was revealed to have his own agenda, and the portal created by Jillian Salvius (Thekla Reuten) was revealed to be a co-conspirator, the violence revealed Ava and her fellow fighting OCS nuns, a group that included Beatrice (Kristina Tonteri-Young), “S

Working at a small tavern in Switzerland, Ava and Beatrice are keeping low profiles. However, Adriel’s zealotry is growing, and they are still holding out hope that Mary wasn’t taken by their enemy’s goons. Before speaking with the OCS’s Mother Superion (Sylvia De Fanti), who is in touch with Ava and Beatrice as well as Duretti, Camila offers a TikTok instruction to a group of nuns in a convent in Spain set to “The Magic Bomb” by Hoang Read.

When Lilith materializes in Portugal, preparing to kill Vincent, he is staggering around drunk. Vincent deflects her fatal strike by blubbering that Mary is still alive. Additionally, Jillian waits with the portal, which occasionally activates but won’t fully open, preventing her from attempting to find her son Michael through it (Lope Haydn Evans). Is Ava’s back-mounted halo the secret to opening the portal completely and unveiling a multidimensional universe?

Evil doesn’t have a prayer.

Maybe, but Ava has to practice pulse bursts and water walking. She holds herself responsible for Mary’s death and for Adriel’s development of superhuman abilities. She also wants to attack, but Beatrice advises caution. Ava, Beatrice, and their new allies in Switzerland are being pursued by thugs sent by even more powerful forces that extend all the way to the Holy See, attack the convent of the Superion in Spain, and even into the Holy See itself. The Cruciform Sword Order is dispersed widely. However, a day of reckoning is near.

Warrior Nun is big and confusing in what it tries to do. In just the first episode, the show goes from the mountains of Switzerland to an old convent in Spain, then across the Iberian Peninsula to Italy and The Vatican, which is the centre of Catholic power, and finally to Portugal, where goons who seem to be under the control of an otherworldly being attack a nun whose powers are influenced by the instability of a dimension that we can’t see.

This kind of traveling around the world and building a new world is common in big-budget superhero movies, but that doesn’t mean they always get it right. Warrior Nun not only shows all of this in a way that makes you gasp for air. It seems ready to jump right into the action that helped make its first season so great.

What Tv Shows Will You Remember After Watching This?

The fact that Ava has been the chosen one for hundreds of years will always link her character to Buffy the Vampire Slayer. And there are both thematic and visual references to the Marvel Cinematic Universe. For example, Adriel’s coming out to the public feels like what happened after “The Blip,” and the titles on screen look like they belong in the MCU.

But in terms of how well it builds a world for a small screen, Warrior Nun is probably most like Syfy’s Wynonna Earp, which has been well-received for four seasons but is still in limbo. You can watch the trailer of season 2 below:

What are the IMDb Ratings of Warrior Nun Season 2?

Everyone looks at how many stars a show has. Most of the time, the ratings are the best way to figure out if a show will stay on the air. The more stars you get, the more likely you are to live. IMDb gives the movie a good score of 6.9/10. This is the best show for people who like thrillers and scary movies. You should watch the movie for sure. 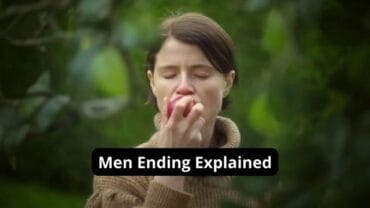