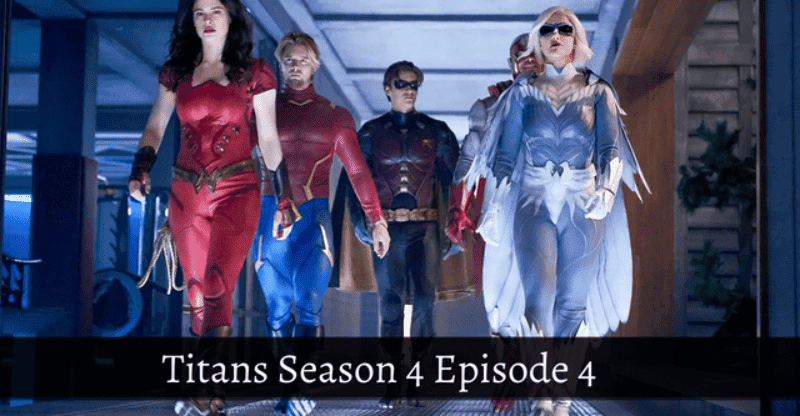 The fourth season of the American superhero streaming TV show Titans started on November 3, 2022, on HBO Max. It will have 12 episodes. Akiva Goldsman, Geoff Johns, Greg Walker, Greg Berlanti, Sarah Schechter, and Richard Hatem were the show’s executive producers. Walker ran the show for the fourth season in a row.

The show is based on the DC Comics team Teen Titans. It was made by Goldsman, Johns, and Berlanti. Brenton Thwaites, Anna Diop, Teagan Croft, Ryan Potter, and Joshua Orpin are all back from last season’s main cast. Jay Lycurgo, who was a guest star in season 3, and Franka Potente and Joseph Morgan are both new to the show.

“Super Super Mart,” the fourth episode of the fourth season of Titans, will be shown for the first time on HBO Max on Thursday, November 17 at 3 am Eastern Standard Time, 2 am Central Standard Time, and 12 am Pacific Standard Time. As of now, the times and dates will stay the same, and for the next four weeks, a new episode will come out every week.

This season, Titans will follow a different pattern than it has in the past. The first six episodes will air every week before the show takes a break. After that, the second half of the season will be streamed sometime in 2023.

Expect more of this soon because Gar and Starfire are both inextricably linked to the blood cult in a more profound sense than anybody else.
Despite having just recently lost Lex and been humiliated by Mother Mayhem, Conner is still adamant about proving himself, which will undoubtedly result in some bad choices. In the upcoming episode, I predict that we’ll see Jinx put her magical skills to use in an effort to understand the actions of the blood cult.

In other words, Rachel has lost her “soul self,” and she actually prefers not to feel other people’s suffering and trauma. She spends most of the episode holding Gar’s hand as they stroll through the forest. Meanwhile, Gar continues to see things and hear voices. In particular, he hears himself being referred to as a “skinwalker,” a Navajo tale and sees a sky that is blood-red. 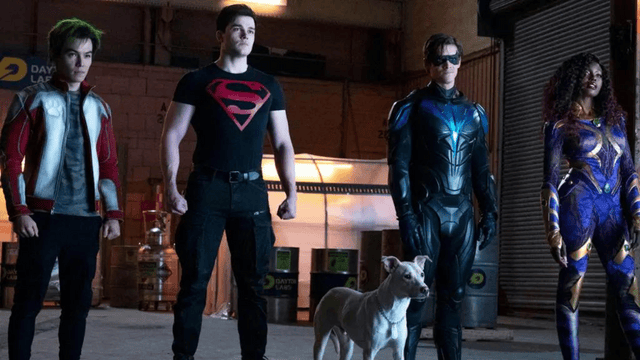 A prophecy about the blood moon overflowing and evil taking over is heard when he and Rachel ultimately come upon a tree adorned with human bones in the woods. Sebastian is taken by the Titans before Mother Mayhem can persuade him into repeating a series of magic phrases after she steals 40 liters of blood from the MPD and accuses him of being the baby.

Jinx, a supernatural thief whom Dick introduces to Kori, finally agrees to assist them after a little diversion. Tim returns to S.T.A.R. Labs to continue his training, while Conner and Bernard learn that the blood cult victims all had a genetic abnormality that originated in an ancient Assyrian tribe.

How Many Episodes Will There Be in Titans Season 4?

Titans’ fourth season will feature 12 episodes, although it will be divided into two halves with each having six episodes. Two episodes from the first segment were released on November 3, 2022. The next four will be released every week till December 1.

A date in 2023 has not yet been set for the publication of the final six episodes. The titles for all 12 episodes are as follows:

You can watch the trailer below:

Where Can I Watch Season Four of Titans Online?

As previously mentioned, HBO Max, which has subscription options starting at $9.99/month, is the only place to watch Titans. On the platform, you can also access Titans’ first three seasons.

The Shahab’s main goal is to provide updates on many popular TV series, web series, movies, and anime series. Hence, if you wish to know anything about your favorite show, visit our website, The Shahab 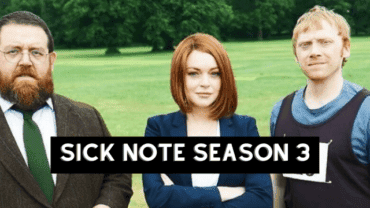