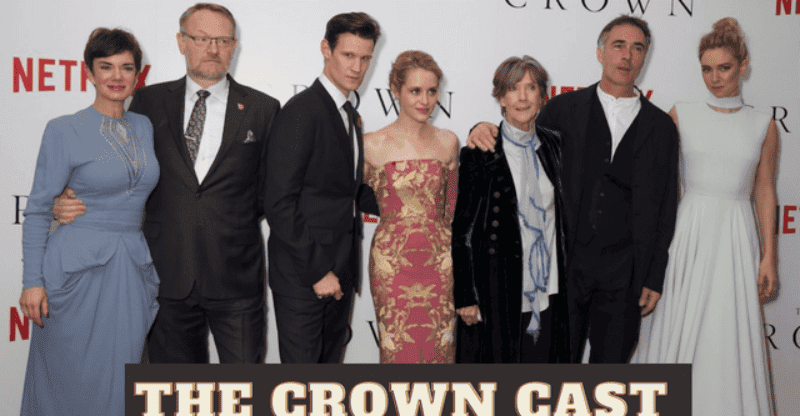 The Crown is a Netflix historical drama about Queen Elizabeth II’s reign. It was created and mostly written by Peter Morgan, and it was made by Left Bank Pictures and Sony Pictures Television. Morgan based it on his drama film The Queen (2006) and especially on his stage play The Audience (2013).

The second season goes from 1956, when the Suez Crisis happened, to 1963, when Prime Minister Harold Macmillan left office and 1964 when Prince Edward was born.

The third season takes place from 1964 to 1977. During this time, Harold Wilson is prime minister twice, and Camilla Shand is introduced. From 1979 to 1990, the fourth season covers the time when Margaret Thatcher was prime minister and when Prince Charles married Lady Diana Spencer.

The series will end with the fifth and sixth seasons, which will show how the Queen ruled into the 21st century.

Here is the list of the top 5 The Crown Season Cast:-

The British actress Claire Elizabeth Foy. She won the Primetime Emmy Award for Outstanding Lead Actress in a Drama Series for her portrayal of a young Queen Elizabeth II in the first two seasons of the Netflix series The Crown.

Foy made her acting debut in the first episode of the supernatural comedy series Being Human, after studying drama at Liverpool John Moores University and the Oxford School of Drama (2008).

Related: The Crown ending explationation: Where Does the Crown Go From Here?

After making her debut on the Royal National Theatre stage, she starred as the title character in the BBC One miniseries Little Dorrit (2008) and then made her film debut in the American historical fantasy drama Season of the Witch (2011).

Actor Matthew Robert Smith is from England. He is best known for playing the eleventh Doctor in the BBC series Doctor Who (2010–2013), Daemon Targaryen in the HBO series House of the Dragon (2022–present), and Prince Philip in the Netflix series The Crown (2016–2017), for which he received a nomination for a Primetime Emmy Award.

Smith had originally wanted to play professional football, but spondylolysis prevented him from doing so.

He began acting in plays like Murder in the Cathedral, Fresh Kills, The History Boys, and On the Shore of the Wide World in London theatres in 2003 after joining the National Youth Theatre and pursuing drama and creative writing at the University of East Anglia.

In addition, he has been nominated for two Academy Awards, a BAFTA Award, and four Grammy Awards. Lithgow has a star on the Hollywood Walk of Fame and is a member of the American Theater Hall of Fame.

Victoria Hamilton is an actress from England.

After completing her training at the London Academy of Music and Dramatic Art, Hamilton began her career in classical theatre, performing with the Royal Shakespeare Company and the National Theatre. In 2002, she appeared alongside Clive Owen and later Eddie Izzard in the London play A Day in the Death of Joe Egg.

In 2003, when the production moved to New York, she made her Broadway debut and was nominated for a Tony Award. She won the Critics’ Circle Theatre Award and the Evening Standard Theatre Award for her performance in the Lyceum Theatre production of Suddenly, Last Summer in 2004.

Briton Jared Francis Harris is one of the actors here. He has been nominated for a Primetime Emmy Award for Outstanding Supporting Actor in a Drama Series for his portrayal of Lane Pryce on the AMC television drama series Mad Men, as well as for his portrayal of King George VI in the Netflix series The Crown, as well as for his role as Anderson Dawes on the Netflix series The Expanse, as Captain Francis Crozier on the AMC series The Terror, as Valery Legasov in the HBO miniseries Cherno. 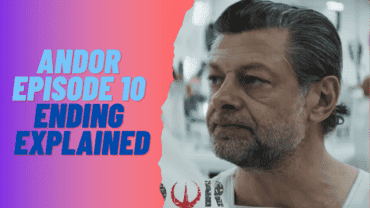