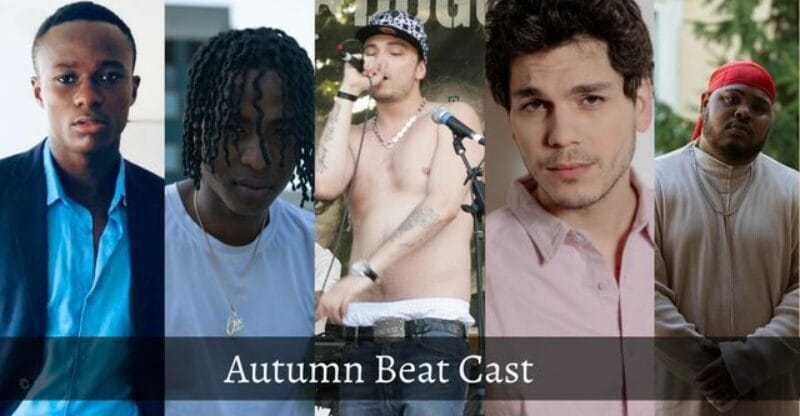 In this article, We will discuss the complete detail of the cast members of the movie Autumn beat which is released recently on Amazon Prime. We will further describe the storyline of this fantastic movie. Please read this article for all information. In addition, if this article was useful, please offer feedback. Your feedback is precious to us.

Tito and Paco, brothers who were born in Milan, share the same dream of entering the rap industry and finally having their voices heard. Paco is a natural performer, and Tito is the best writer of his generation. They appear to be destined for success, but a thrilling three-decade emotional journey will put their relationship to the test due to ambition, life, and love.

Who is in the Cast of Autumn Beat?

This movie had a lot of talented people in it, including the amazing Gué and some of the most interesting names in the Italian rap scene. Main Cast is given below:

Hamed Seydou is an actor. He is 20 years old. He was born in Sokodé, Togo, and moved to Turin, Italy, when he was four. There, he went to school. He wants to be an actor like Will Smith, whose performance in “The Pursuit of Happiness” left him spellbound. Seydou got his start in movies by playing small parts until he was chosen to be the main actor in the Amazon Original Movie “Autumn Beat.”

Abby 6ix is a young artist who lives in Milan. His name is a tribute to the Barona, or Town Hall 6, which was in the neighborhood where he grew up. Abby gets noticed quickly because of songs like “Jail of Milan,” which has almost 1 million YouTube views. He plays the role of Paco in the Amazon Original Movie “Autumn Beat.”

Born on Christmas Day, the “golden boy” of Milan’s “Fast Life” could only top off his rise with the Sacre Scuole group, which soon became known as “Club Dogo.” In 2017, the most popular artist on Spotify in Italy was Gué Pequeno. His most recent album, GVUESVS, went platinum and went straight to the top of the list of most-played albums in Italy. In the Amazon Original Movie “Autumn Beat,” he played himself.

In Autumn Beat, Eduardo plays the part of Harash. Eduardo was born in 1991 in Dreux, France. He lives between Rome and Paris. He studied sociology at La Sapienza University and acting at the G.M. Volonté School of Cinematographic Art, where he graduated in 2015. “Beato chi riceve la grazia,” “Roles,” “Pasolini,” and “Arianna” are some of the movies he has been in (premiered at Venice Film Festival 2015).

Geneme is a young actress from Padua who was born in Ethiopia. As a child, she was fascinated by dance after seeing “The Nutcracker.” She decided to become a dancer and worked her way through different Italian theatres. She later gets into acting, and after getting some experience, she becomes one of the main characters in “Nudes,” a TV show that will air on Rai Play in 2021. “Autumn Beat” is the first movie in which she has played a role.

Matteo Professione, who goes by the stage name Ernia, is an Italian rapper from Qt8, a neighbourhood of Milan near San Siro. In 2011, he and Ghali formed the Troupe d’Elite and he signed a record deal with Guè Pequeno’s label Tanta Roba. In 2012, he put out an EP with the same name. In 2017, he put out his first official album under the name Ernia. It was called “Come uccidere un usignolo,” and it was a huge hit. In just a few months, Ernia was certified as a gold disc.

Dylan Magon was born in Palermo but moved to Marche when he was 15 years old. Here, he started to get into rap music and try out different styles, such as hip-hop and R&B. After the show, the ep “Diamante” came out in 2014, and he played on many stages around Italy. In addition to making music, he started acting. In 2021, he will be part of the cast of “Zero,” a Netflix show created by Antonio Dikele Distefano. His first movie is “Autumn Beat.”

The rest of the supporting cast are Mamy Seny Gueye, Dylan Magon, Mohamed Diallo, Marco Renna, Francesco Danquah, Mafoku Michelle Cloe Kenge, Juliet Joseph, Eduardo Valdarnini, Yoon C. Joyce, Vanessa Compagnucci, Sfera Ebbasta, and Tredici Pietro. They all play a fantastic role and their talent can be seen in the movie and they also have also excellent acting skills. You can watch the trailer of this movie below:

What is the Storyline of Autumn Beat?

Paco is a natural rapper, and Tito, Paco’s brother, is a fantastic writer. The pair aspires to succeed and renown in the music industry. David, a friend and music producer, and Ify, Paco’s girlfriend, are also present with Paco and Tito. Although the streets adored Paco’s raps, they were not particularly successful. Paco is unable to secure a deal with Gue Pequeno, a well-known figure in the industry because Gue thinks the lyrics are shallow.

Although Tito and David’s “Autumn Beat” was crucial in helping Paco finally seal this agreement, Paco prefers to overshadow them. Tito leaves the room after closing the door, broken and hurt. While Tito maintains a tight bond with their mother Grace, Paco has grown apart from her. While Tito assists Grace with her work and meets Ify in the process, Paco spends time with friends and becomes well-known among them. 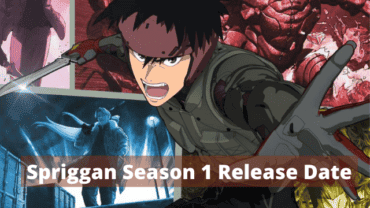