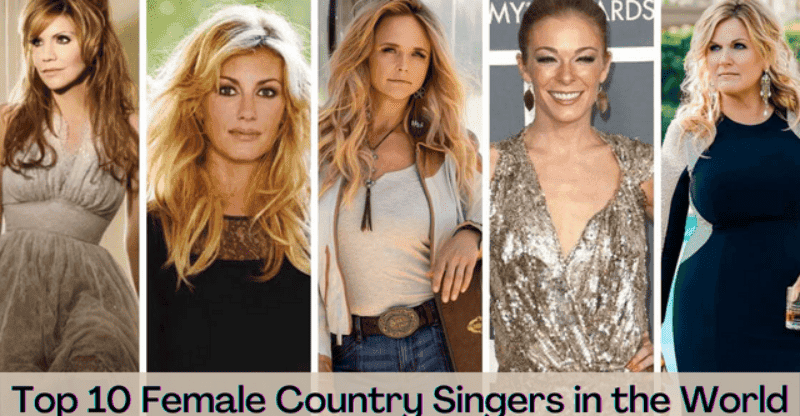 Hello, Readers! I hope everything is going well for you. Today, I’m going to inform you about the world’s top ten female country singers.

Female country artists should not be neglected because country music is mainly associated with male vocalists. Their vocals, at times delicate and at others forceful, provide the right feeling required for singing country tunes.

We wouldn’t have some of the most memorable tunes of all time if it weren’t for women. And in this piece, we’ll take a look at 10 of the greatest and most famous female country singers that have offered their voices and talent to country music, as well as how they climbed to popularity.

She has been presenting us with meaningful tunes since 1967, making her a true industry veteran. Parton’s perseverance has paid off. She currently has 44 albums in the top ten country albums list, which is a record for musicians, male or female.

Her work has received widespread acclaim, including 11 Grammy Awards, three American Music Awards, and nominations for Academy, Tony, and Emmy Awards. Parton was also inducted into the Country Music Hall of Fame for her exceptional work.

Carrie Underwood, the winner of the fourth season of American Idol, soared to the top of the country music charts. Unlike past American Idol winners, Underwood has maintained her chart-topping status.

Her career has spanned nearly two decades, and she has received over a hundred honours from various organisations, garnering her the distinction of being the most honoured country singer of all time.

She has eight chart-topping albums and is continually releasing wonderful new songs for her admirers, with no indication of her career slowing down.

Taylor Swift was one of the most successful young country music artists. She became Sony Music Publishing’s youngest artist when she was only 14 years old.

Swift’s fans have had the unusual experience of growing up with their favourite artist, which has helped her maintain her early fame.

Swift‘s music is distinctive, spanning genres such as country, pop, and folk. She originally identifies as a songwriter, mixing her songs with whatever genre best suits her music.

She is the youngest person ever to be named to Rolling Stone‘s list of the 100 Greatest Songwriters of All Time for her songwriting skills.

Reba McEntire has acquired the label “Queen of Country” after releasing an astounding 34 studio albums since her career began in 1977.

McEntire’s career has revolved around songs about love, heartbreak, and family. These themes can also be found in her acting work. On the WB Network, she was most known for her role as Reba Hart, a divorced mother attempting to find her path.

McEntire’s singing and acting careers have achieved enormous success and acclaim. Dolly Parton, a friend and fellow country music singer, inducted her into the Country Music Hall of Fame in recognition of her contributions.

Shania Twain, a Canadian-born female singer, was born in Ontario but relocated to Nashville, Tennessee, when she was 28 to pursue a career in country music.

Twain’s peppy and twangy voice, mixed with punchy rock and roll instrumentals, won the hearts of both country and rock fans, pushing her to chart-topping fame.

She is now the best-selling female country musician of all time, having sold over 100 million records. This accomplishment is especially impressive given that she has only released five studio albums since her career began in 1993.

The Country Music Hall of Fame built an exhibit in her honor called “Shania Twain: Rock This Country” because of her multi-genre work.

Miranda Lambert is another country music performer who rose to prominence through a singing competition show. She came in third place on Nashville Star and was signed to the Epic Nashville record company.

Lambert has 12 studio albums to her credit, including her work with the female-led country band Pistol Annies.

Maren Morris is a local country performer. In 2015, she was able to self-release her debut album “Maren Morris,” which catapulted her into the record industry.

Morris, a true self-starter, achieved 2.5 million listeners without the assistance of a record label. Her skill was rapidly recognized, and she was promptly signed to Columbia Nashville.

Morris is also a successful songwriter, having written songs for Tim McGraw and Kelly Clarkson, among others. Fans can already purchase one self-released and two studio albums, with more on the way as her career progresses.

Another Nashville Star alum is Kasey Musgraves, who finished eighth in the fifth season in 2007. Musgraves has worked hard to advance her career since her appearance on the show. Her fame skyrocketed after she performed songs by OneRepublic and Miley Cyrus.

A post shared by K A C E Y (@spaceykacey)

Musgraves was signed to Mercury Nashville after her songs achieved over 30 million listens. Since 2013, Musgraves has published five studio albums, and her career is on the rise. She has already received five awards for album of the year from various groups.

Carly Pearce debuted in the Nashville music industry at the age of 19. For the next seven years, Pearce attracted the attention of different record labels but was consistently rejected.

She was eventually able to catch the attention of record labels after releasing her song “Every Little Thing” independently. The song was played on the radio and became popular with listeners, providing Pearce the push she needed to get signed.

Pearce has released three studio albums since signing with Big Machine Records. Songs from each album have garnered positive feedback from the country music community, earning her honors for each album she has published.

Faith Hill is claimed to be a natural country music vocalist from infancy, which is evident in the fact that her first two studio albums were chart-topping singles, propelling her to ongoing success.

She is now one of the most popular country music singers of all time, having sold over 40 million records worldwide. Her followers have learned to recognize her gentle but strong voice. Hill has seven studio albums to her credit, the most recent of which was a collaboration with her husband, country music legend Tim McGraw.

It is their first collaboration record, despite the fact that they have been working together since the 1990s.

Country music is a delicate, emotional, entertaining, and energetic genre. It wouldn’t be the same without the industry’s female leaders, who offer their talents so nicely to this genre. Each of these vocalists deserves to be heard, so treat yourself to some great music and go through the list. 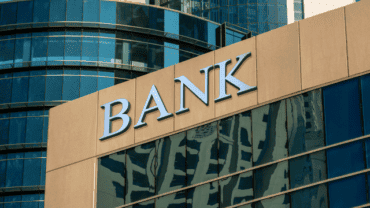