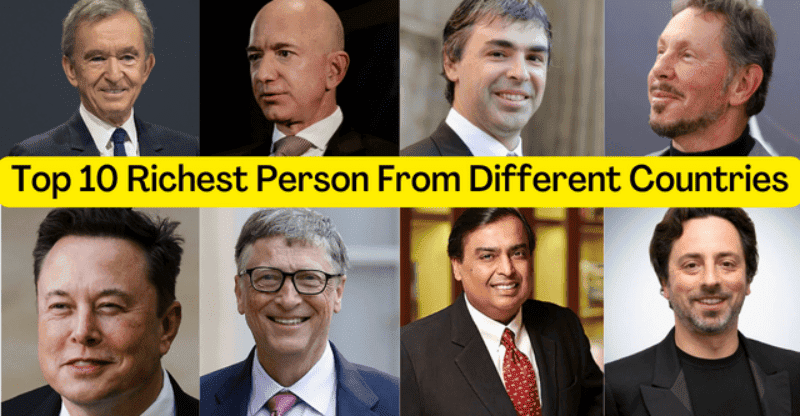 Billionaires have a disproportionate impact on the world economy, politics, and philanthropy. According to Forbes, the world’s billionaires will number 2,668 in 2022.

The wealthiest of them are members of an even more exclusive club and hold even more power. Many of these billionaires are the founders of technology behemoths, with a large portion of their fortune still invested in the firms they founded.

They can, however, borrow against that wealth to avoid selling stock, so delaying (or eliminating for heirs) taxes on unrealized capital gains. Multi-billionaires can also use a variety of tax breaks to offset reported income, resulting in some on this list paying no income tax in recent years. The world’s Richest persons are listed below.

Elon Musk was born in South Africa and attended a Canadian institution before enrolling at the University of Pennsylvania, where he obtained bachelor’s degrees in physics and economics. Musk dropped out of Stanford University‘s graduate physics programme two days later to establish Zip2, one of the first internet navigation services.

He used a portion of the earnings from this firm to launch X.com, an online payment system that was purchased by eBay (EBAY) and then renamed PayPal Holdings (PYPL). Musk became a significant investor in Tesla Motors (now Tesla) in 2004, which led to his present position as CEO of the electric vehicle firm. 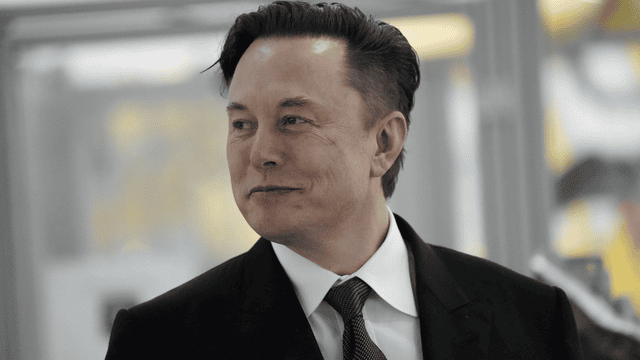 Musk is also the CEO and chief engineer of Space Exploration Technologies (SpaceX), a space launch rocket company. Musk opted to withdraw from the Twitter acquisition in July 2022. Twitter filed a lawsuit against Musk in order to force the buyout to proceed.

Musk sued the firm, but then changed his mind and stated that he was willing to buy Twitter after all. The transaction was finalized in October 2022, giving him a nearly 80% ownership in the corporation.

Bernard Arnault, a French national, is the chair and CEO of LVMH, the world’s largest luxury goods company. Louis Vuitton, Hennessey, Marc Jacobs, and Sephora are among the LVMH brands. 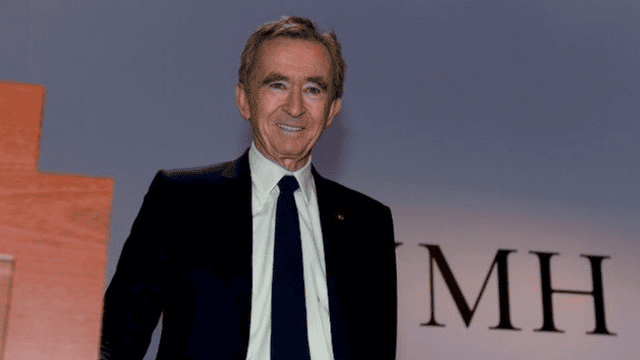 Arnault stayed in charge of Férinel for another six years, until he bought and rebuilt the luxury goods company Financière Agache in 1984, finally selling all of its interests save Christian Dior and Le Bon Marché.

He was encouraged to invest in LVMH in 1987 and two years later became the company’s majority stakeholder, chair of the board, and CEO.

Gautam Adani, the founder of Adani Group, owns large investments in six prominent Indian enterprises through his Adani Group, including a 75% share in Adani Enterprises, Adani Power, and Adani Transmissions, as well as a 65% position in Adani Ports & Special Economic Zone, a 61% stake in Adani Green Energy, and a 37% stake in Adani Total Gas. 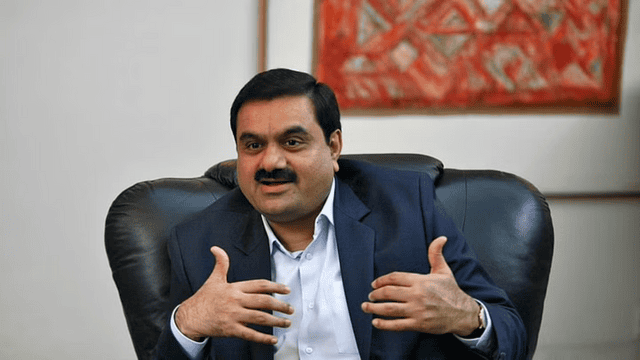 The overall market capitalization of Adani Group firms is $246.8 billion. Adani Power, a subsidiary of Adani Group, joined the power generation sector in 2009.

Adani Enterprises was founded in 1988 by Adani to import and sell commodities. His business was awarded permission in 1994 to build a harbour facility at Mundra Port, which is presently India’s largest private port.

Jeff Bezos launched Amazon.com in a Seattle garage in 1994, shortly after leaving the hedge fund titan D.E. Shaw. He first offered the notion of an online bookstore to his former boss, David E. Shaw, who was uninterested. 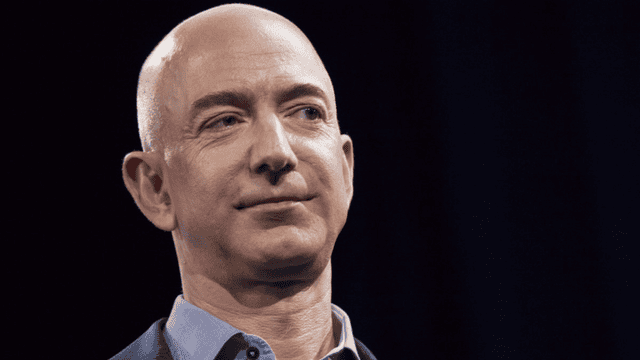 Bezos took Amazon public in 1997 and went on to become the first guy to have a net worth of more than $100 billion since Bill Gates in 1999. Blue Origin, The Washington Post (which he purchased in 2013), and the 10,000-year clock, commonly known as the Long Now, are among Bezos’ other endeavors.

In 2019, Bezos held up to 16% of Amazon before transferring 4% to his ex-wife MacKenzie Scott as part of their divorce proceedings.

Bill Gates started to work alongside his childhood buddy Paul Allen to build new software for the early microcomputers while attending Harvard University in 1975. Following the success of this experiment, Gates dropped out of Harvard during his junior year to co-found Microsoft with Allen. 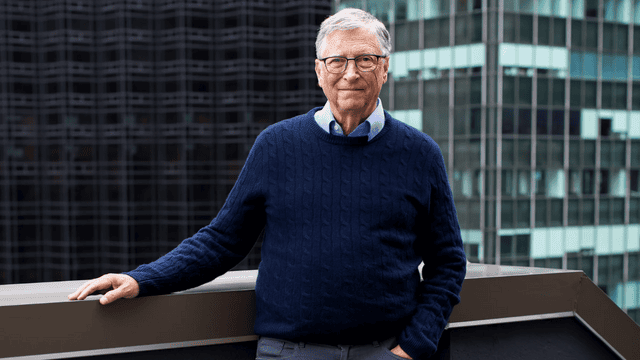 In 2000, the William H. Gates Foundation and the Gates Learning Foundation merged to form the Bill & Melinda Gates Foundation, which is presently co-chaired by Gates and his ex-wife, Melinda French Gates. With over 268,000 acres, Bill Gates is the greatest private owner of farmland in the United States.

Buffett, often known as the Oracle of Omaha, is a buy-and-hold investor who made his wealth by acquiring undervalued businesses. Berkshire Hathaway has recently made investments in well-known corporations. Its fully owned subsidiaries include interests in insurance, energy distribution, railroads, and consumer goods. Buffett is a well-known Bitcoin sceptic. Buffett has given up a large portion of his fortune to charity. Between 2006 and 2020, he donated $41 billion, the majority of which went to the Bill & Melinda Gates Foundation and his children’s organizations.

In 2010, Buffett and Bill Gates co-launched the Giving Pledge. Buffett is still CEO at the age of 92, but he intimated in 2021 that his successor could be Gregory Abel, head of Berkshire’s non-insurance divisions.

Ellison co-founded Software Development Laboratories with Oates and Miner in 1977. Oracle, the first commercial relational database programme to use Structured Query Language, was introduced two years later. After 37 years as CEO of Oracle, Ellison stepped down in 2014. 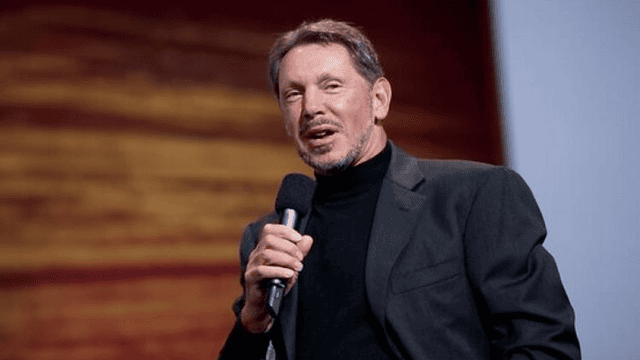 Oracle has agreed to pay $28.3 billion in cash for the medical records software vendor Cerner (CERN) in December 2021. Over the previous decade, Ellison has made significant investments in premium real estate.

Ellison‘s charitable contributions have primarily benefited medical research. In 2016, he donated $200 million to the University of Southern California for the establishment of a new cancer research centre.

Larry Page started his route to fame and money in a college hostel. Page and Sergey Brin improved internet data extraction while at Stanford in 1995. The duo created Backrub, a search engine that evaluates page linkages. Page and Brin founded Google in 1998, and Page served as CEO until 2001 and 2011-2019. Page was an early investor in asteroid-mining business Planetary Resources. In 2018, ConsenSys purchased the 2009 startup due to finance issues.

He invested in Kitty Hawk and Opener, flying car firms. Google shares rose about 50% in 2021, making Page and Brin billionaires.

Mukesh Ambani is the chairman and CEO of Reliance Industries, the world’s largest oil refiner and one of the most valuable firms in the world. Ambani‘s wealth is derived in large part from his position in Reliance, which amounts to 42% of the public firm. He owns Antilia, a $410 million real estate project in Mumbai. In addition, Ambani owns the Mumbai Indians, a professional cricket team.

Ambani developed a 4G phone network in India in 2016, with over 420 million subscribers, and is intending to provide 5G services.

Sergey Brin was born in Moscow, Russia, and moved to the United States with his family when he was six years old, in 1979. Brin became Google’s president of technology after Eric Schmidt took over as CEO in 2001, after co-founding Google with Larry Page in 1998. 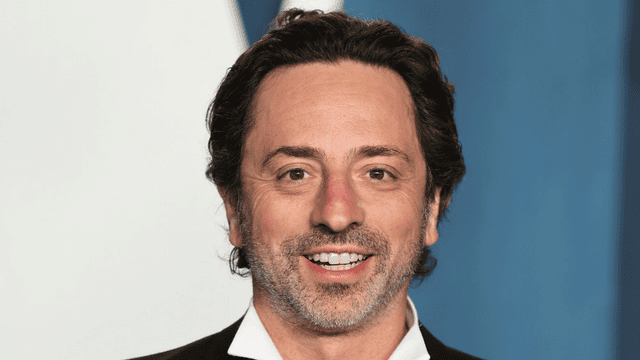 He held the same position at Alphabet since its inception in 2015, stepping aside in 2019 when Sundar Pichai took over as CEO. Brin devoted much of 2019 to X, Alphabet’s research division responsible for groundbreaking innovations such as Waymo self-driving cars and Google Glass smart eyewear.

In collaboration with The Michael J. Fox Foundation, he has donated millions of dollars to Parkinson’s disease research.

With so much of their wealth invested in publicly traded stocks, the richest people’s net worth might change with market prices. Elon Musk is the richest person on the planet, with Bernard Arnault coming in second and Gautam Adani coming in third. 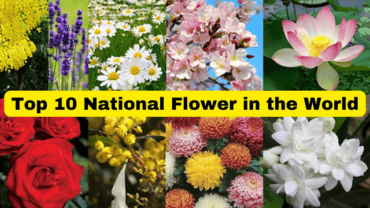