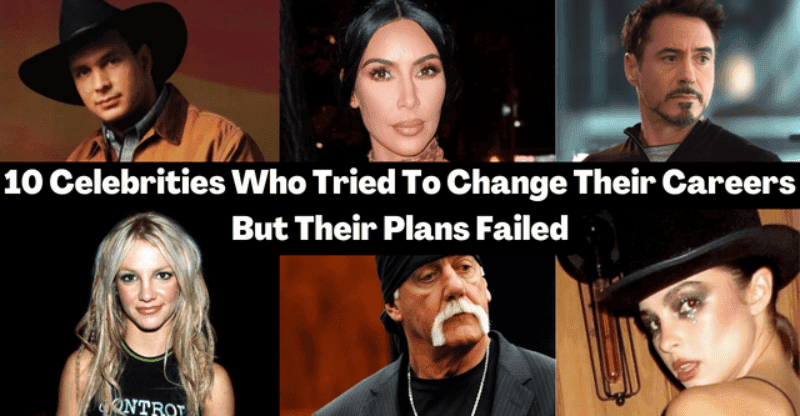 Hello, Readers. I hope everything is going well with you. Today, I’m back with a topic you enjoy reading about. The topic is ten celebrities who attempted to change their careers but failed.

People are motivated by notable job moves, but many are afraid to try it themselves. This is especially true when it comes to changing careers. There is the uncertainty of success as well as the mystery of what lies ahead. One major cause is that people are afraid to step outside of their comfort zones. So, let us begin.

Paris Hilton‘s success in the 2000s was owing to her wealthy socialite status, not her modelling or “The Simple Life” reality show. She started a perfume company and other enterprises before deciding to sing in 2006. In August, she released “Paris.” “Love Is Blind” peaked at 18 on the Billboard Top 100.

It was Paris’s sole album, but reviews were divided (although she did release a few more singles). She’s DJed at Summerfest and Tomorrowland. She’s successful and makes $1 million per set, yet she has critics.

Hilton also tried acting, appearing in “The O.C.” and “Supernatural” and leading “House of Wax.” She was nominated for a Razzie for her performance, and she hasn’t acted since 2010.

Several country musicians have successfully transitioned into other genres of music, including Taylor Swift, although Garth Brooks was not as successful when he attempted to change not only genres but also identities with the introduction of his Aussie rock star alter ego, Chris Gaines.

Brooks only recorded one album as Gaines, but it is widely regarded as one of the worst-selling albums of all time. According to Entertainment Weekly, the album’s release in 1999 “very essentially terminated the career of one of music’s best-selling artists.”

To some extent, this is correct. Brooks didn’t release a new album until 2013 after releasing “The Scarecrow” in 2001. Brooks’ career is on the rise again: he is currently on tour and was named iHeartRadio‘s inaugural artist of the decade in 2019.

In 1995, Hulk Hogan attempted to make the leap from WWE icon to restaurateur by opening Pastamania in Minneapolis’ Mall of America.

Kim Kardashian, who was already a prominent socialite and reality star, took her hand at singing in 2011 with the release of the song “Jam (Turn It Up).”

Kardashian later expressed regret over recording the song. “But if there’s one thing I wish I hadn’t done in life… I dislike it when people dabble in things they should not be. And I don’t believe I should have. For example, what gave me the right to believe I might be a singer? “I don’t have a good voice, for example,” she admitted in 2014.

“The Futurist,” an adult contemporary album by “Iron Man” star Robert Downey Jr., was released in 2004. Downey’s acting career was in a rut at the time; he had lost his job on “Ally McBeal,” and his most recent film, “The Singing Detective,” had tanked at the box office.

Downey’s acting career has recovered significantly since then, with Forbes reporting that he was one of the highest-paid celebrities in 2019 with $66 million in earnings. The same cannot be said for his singing career, which terminated with the release of a single album.

Influencer Addison Rae recently attempted to sing. She decided to release the music “Obsessed” in 2021 after becoming popular for her TikTok dances.

She later performed it on “The Tonight Show with Jimmy Fallon.” The song — and Rae’s performance on Fallon — garnered terrible feedback, and she hasn’t said anything about the rumored forthcoming album.

In 2021, she made her feature film debut in the rom-com “He’s All That.” Despite the unfavorable reviews, Addison has signed a deal with Netflix, so her young acting career is unlikely to end anytime soon.

Some singers, such as Jennifer Hudson, Justin Timberlake, and Mandy Moore, have successfully transitioned into the acting industry, but Britney Spears is not one of them.

Spears never returned to acting, but she did release seven more albums after the film’s failure. Spears has been on indefinite leave from work since January 2019.

Blake Lively was unlucky in her own excursion into the leisure market with her short-lived site Preserve. In 2014, Lively launched Preserve as a digital monthly magazine/e-commerce site/video blog focusing on handmade artisan crafts.

“People want to rediscover the beauty of tiny, special, and handmade,” she told in 2014, explaining why she founded the site. “People desire meaningful stuff. I know this because I desire it.

Because this space does not exist, I am inventing it.” However, she declared in 2015 that the site would be shutting down because “it never came up to its initial mission: it’s not making a difference in people’s lives, whether superficially or meaningfully.”

Even though Lively was unable to launch the new Goop, she is doing well. When she isn’t raising her children with superstar husband Ryan Reynolds, the former “Gossip Girl” actress is working on new projects, including “The Husband’s Secret,” based on the Liane Moriarty novel, according to Variety.

It’s difficult to think that Beyoncé ever made a mistake in her career, but even Queen Bey makes mistakes. Beyoncé and her mother Tina Knowles founded House of Deréon in 2004, a junior’s apparel company “where entertainment and fashion mix flawlessly.” Despite celebrity endorsement, the fashion label went bankrupt in 2012.

Beyoncé’s fashion design career failure did not harm her entire career, as she has since achieved success in the field despite her bumpy start. The megastar debuted her Ivy Park athletic collection in March 2016, and it is now available in retailers worldwide.

Some superstars have successfully transitioned from singer to actor or reality star to clothing designer, but not all have been successful. What appeared to be a fine side job for these superstars turned out to be a massive career failure. I hope you enjoyed the Article, and please leave your thoughts in the comments section. 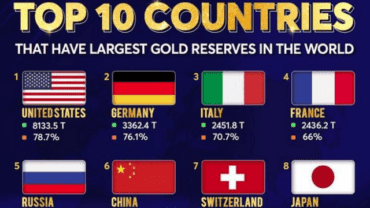