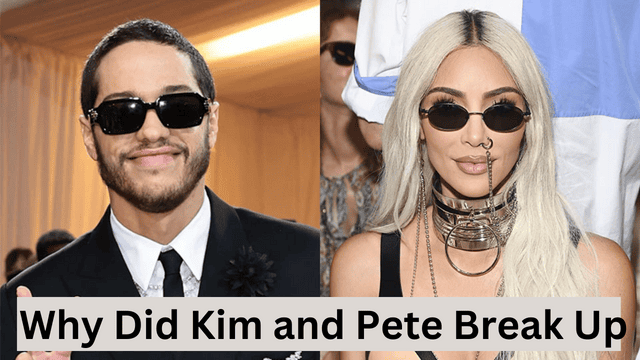 Why Did Kim and Pete Break Up? | How did Pete and Kim Meet?

Ending of an era. Many Kete fans are wondering why Kim Kardashian and Pete Davidson broke up in the wake of the shocking news of their separation. The former Saturday Night Live cast member and the star of The Kardashians appear to have broken up due to scheduling conflicts, age differences, and personality differences, among other factors.

On August 5, 2022, a source told Page Six that Kim and Pete had split up after dating for nine months. The insider stated, “Kim and Pete have decided to just be friends.”

Despite their deep love and respect for one another, they discovered that maintaining a relationship was extremely challenging due to their long distance and busy schedules.

While Kim is based in Calabasas, California, where she lives with her four children, North, Saint, Chicago, and Psalm, Pete is currently filming a movie in Australia.

Kim and her ex-husband, Kanye West, who she filed for divorce from in February 2019, share children. The source for Page Six claims that one factor in Kim and Pete’s divorce was their 13-year age gap.

The insider explained, “Pete is 28 and Kim is 41; they are just in very different places right now. “Pete is completely impulsive and spontaneous and wants her to immediately fly to New York or wherever he is.” But Kim has four kids, and it isn’t that simple, the source continued.

She must put the kids first. The insider also disclosed that Kim has found it challenging to maintain relationships because of her businesses, which include Skims, KKW Beauty, KKW Fragrance, and SKKN. “This relationship and other things going on in her life have completely exhausted [her].”

Why Did Kim and Pete Break Up

According to cinemablend, Fans certainly jumped on board quickly, despite how unlikely Kim Kardashian and Pete Davidson’s relationship initially appeared to be. When it was revealed that Kim and Pete had broken up after nine months, we were left wondering what could have possibly gone wrong because the attraction between the two seemed to be absolutely magnetic. 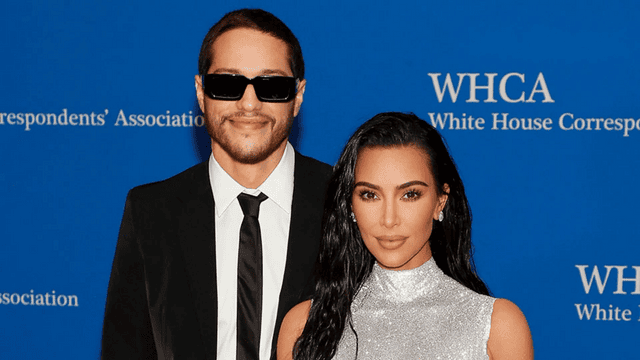 New information about the split has come from a source, and contrary to what some might have assumed, it doesn’t appear to have been due to a lack of chemistry.

Given the lewd statement Kim Kardashian made to her team prior to the trip Down Under, it may have appeared that Kim Kardashian’s recent trip to Australia would be full of sexy time with her boyfriend, but it turns out the two had some very serious conversations about their future. A Hollywood Life source said the following:

The stand-up comedian-turned-actor is currently filming Wizards! in Australia, and his schedule has only gotten busier as a result of Pete Davidson taking on numerous projects after leaving Saturday Night Live.

The couple already lived apart on opposite coasts, with the actor from Bodies, Bodies, Bodies living in New York and Kim Kardashian in California, so the additional distance and lack of extended vacations ultimately proved to be too much. From the source:

Even though Kim Kardashian and Pete Davidson tried to make it work, the distance proved to be a barrier because they are simply in different stages of life. In addition to their 13-year age difference, which at times made them “not relatable” to one another, Kardashian also has four children.

Related: Devin Booker Net Worth: Is “The NBA Star” Broken Up from Kendall?

Who is Austin Butler Dating: Who Many Relationships He Has in Past?

The reality star allegedly wasn’t prepared to return to her diaper-wearing days at this time. The source went on to say:

Kanye West was reportedly not the cause of the couple’s breakup, despite reports that Pete Davidson had been seeking trauma therapy after the attacks launched by Kim Kardashian’s ex-husband. Even when Ye returned to Instagram to mock the former SNL cast member, Kardashian stood up for Davidson against the rapper.

I really wanted these two to work out, but it seems like it wasn’t meant to be. When The Kardashians premieres to Hulu subscribers for Season 2 on Thursday, September 22, viewers will most likely still get to see Pete Davidson and Kim Kardashian in their more carefree years. 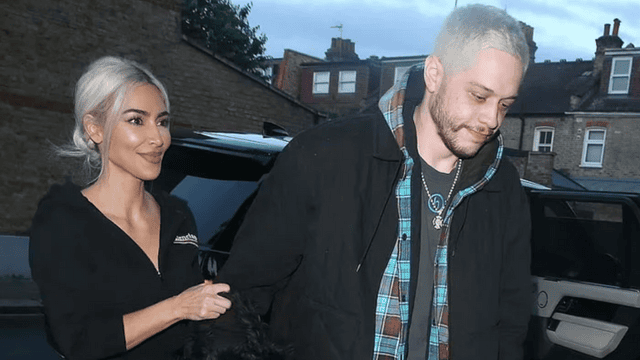 Season 1 is currently streaming, and you can see what other premieres are coming up by looking at our 2022 TV Schedule.

Kim Kardashian and Pete Davidson have been dating for nine months. They broke up due to scheduling conflicts, age differences, and other factors. Page Six claims that one factor in Kim and Pete’s divorce was their 13-year age gap.

The insider also disclosed that Kim has found it challenging to maintain relationships. Kim Kardashian and Pete Davidson broke up because of their 13-year age difference.

The reality star allegedly wasn’t prepared to return to her diaper-wearing days at this age. A source also said Kanye West was not the cause of their break-up. Kim Kardashian and Pete Davidson called it quits in 2021.

They had been dating for nine months, but split after shocking fans with their relationship. Viewers will most likely see them in their carefree years when The Kardashians returns to Hulu on September 22.

What happened with Kim and Pete?

Kim Kardashian and Pete Davidson called it quits in 2021 after shocking their fans with their relationship. In August 2022, an insider told Us Weekly that “they amicably split this week.”

Kim and Pete started dating as far as how long?

9. Months
Nobody anticipated Kim Kardashian and Pete Davidson to become a couple, but they quickly became the entertainment world’s favourite couple! Due to their busy schedules and long-distance relationship, Kim, 41, and Pete, 28, announced their separation in August. They had been dating for nine months.

How did Pete and Kim meet?

2019-01-30: They have a meeting.
Kanye West is actually to thank for Kim’s first recorded meeting with Pete. To honour Kid Cudi’s birthday, the (then-married) couple goes to dinner with the comedian and Timothée Chalamet. Kim later tweets pictures from their evening.