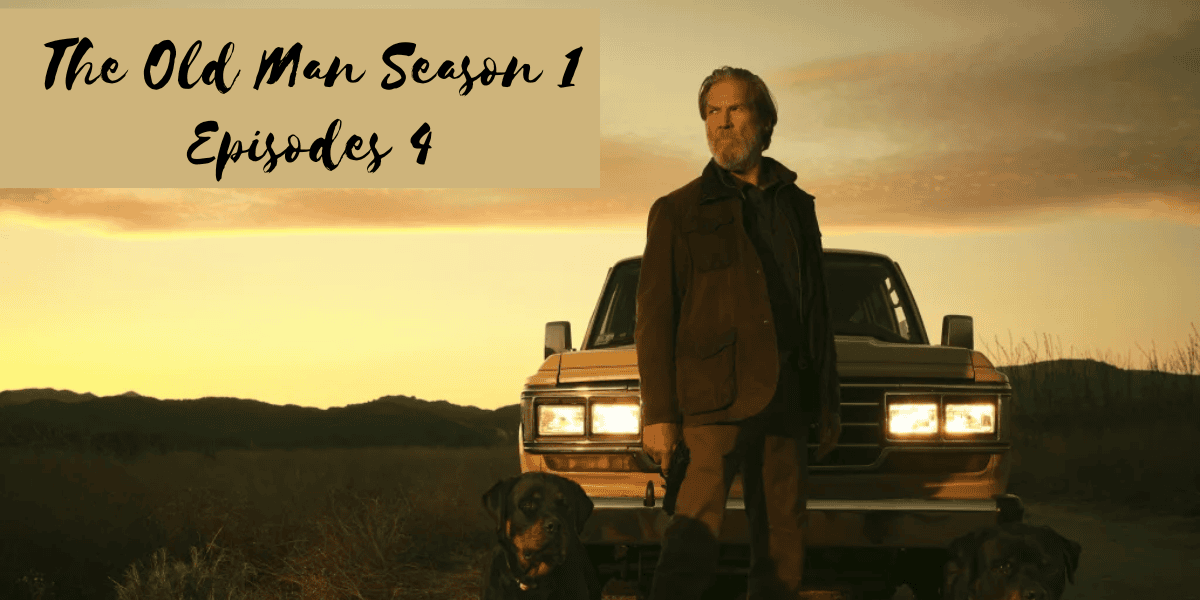 Season 1 Finale Recap: The Old Man Explained: The twists of the previous week have given way to the disclosures of the current one. In an hour-long drama that’s light on bloody violence but heavy on mystery and suspense, we learn more about each character and what makes them tick. Since the scenario revealed in Episode 4 is not what anyone could have predicted, this episode could be the deciding factor in whether or not viewers continue watching.

Chase opens his car’s trunk after last week’s cliffhanger. As expected, Zoe exits the automobile with trepidation. Zoe can’t control her nightmare, despite Dan’s spin. She can’t call her son one final time for fear of being monitored (he doesn’t answer, but we learn in the next scene that the FBI questioned him). Despite Dan’s advice, she cut the call when she heard the message beep. It’s a baby step towards her regaining control.

The women in this story are getting more interesting than the guys, especially the elder man. Harold and his men are still looking for Chase three days after his escape attempt. Angela is also close to Harper’s grandson Chip, who was involved in a school dispute over his presentation. 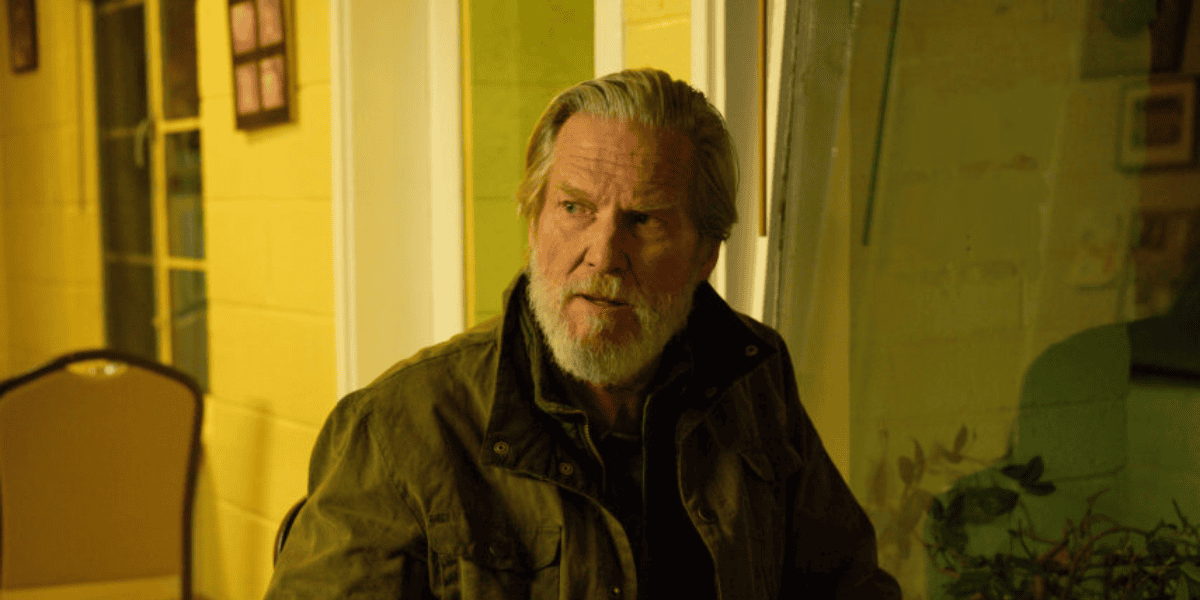 Harold is special to “Angela” since he vowed to quit the FBI when she was dismissed for punching a condescending employee. She tells Waters this while drinking at the bar. What’s true?

As conversations with her father reveal, both after that night at Harold’s and after meeting with Hamzad’s lawyer, she is battling a two-pronged war of loyalty—loyalty towards her father, for whom it can be inferred she took the job as deep cover, and loyalty towards Harold Harper, who forces her to go with Harper to meet with Hamzad instead of taking the easy way out and hiding under an assumed name.

Hamzad, through his lawyer, instructs Harold, Angela, and Agent Waters to help him. If we consider Chase’s perspective, Hamzad may be seeking revenge because his wife left him for Dan.

Harold arrogantly tells Hamzad’s lawyer Dan’s real identity (Johnny Koehler) and Abbey’s as well (Balour). Harold accepts Hamzad’s invitation to meet him in person, which would require Harold and Angela to go on his private plane, but he harbors suspicions about his mentee.

By seeing her interest in Abby and Balour, who connect Dan and Hamzad. Julian (who is in the game and whose coworker moonlights as an assassin) tells him that Dan Chase was on the verge of leaving and going underground, adding to the suspicion. Harold is surprised when he learns his organization has a mole. Harold suspects Angela since the scene instantly cuts to her, and later he tells Agent Waters that a man should expect disappointment from his children.

Dan Chase (or Johnny Kohler) leads the struggle against the Soviet army in Afghanistan in flashbacks. In the dark, he kills soldiers stealthily, like a ghost fading into the shadows before they can scream. It’s gruesome, cruel, and effective.

Suleyman Pavlovich was their target. As Johnny returns and watches Hamzad looming over the Russian prisoners like their executioner, the older version of Abbey (Hiam Abbas) warns him that this is the moment that signified Hamzad’s fall to the side of monsters, according to Johnny, and how they both would become monsters to escape Hamzad’s influence.

It’s amazing how the elder version of Abbey connects the past and present, giving flashback scenes an ethereal feeling of urgency as we see the former version of Dan engage with this ghostly apparition of Abbey. Debatable as a stylistic choice, yet interesting as a story construct.

Angela remembers Abbey as an “empty shell” since her ghostly nature may have extended to the physical world, even if she still loves her. It would be interesting to know if Balour, after leaving Hamzad’s clutches, ever found the happiness she craved by escaping with Dan.

Second Part of an Explanation of the Ending of “the Old Man,” Season 1, Episode 4 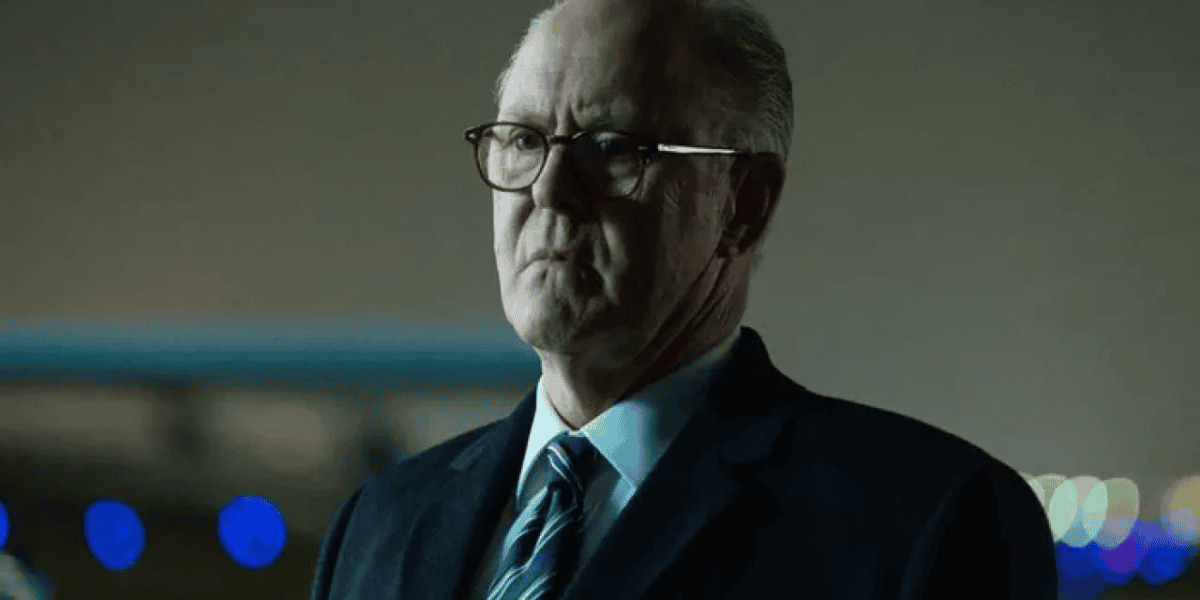 Henry Dixon, Dan’s alter ego, is a wealthy mogul who is interested in getting associated with Suleyman Pavlovich’s mining and metallurgical company as soon as possible.

A point of view that Zoe’s compelled alter ego, “Marcia Dixon,” quickly comes to understand after being contacted by one of those associates who are interested in finding out whether or not she feels at ease. Zoe, who is currently residing in a penthouse apartment in LA that is owned by Henry Dixon, soon concocts a plan, which she manages to spring on an unsuspecting Dan after lulling him to a false sense of security by organizing a sumptuous dinner with wine.

Henry Dixon’s penthouse apartment is located in the city of Los Angeles. Zoe discloses that she had already informed Dan’s board of directors of her intention to divorce him via a letter that she had written and sent to the company that Dan owns. She rightly anticipated that this would throw the board into a tizzy since issues would arise over the distribution of assets. This, in turn, would utterly disrupt whatever plans Dan now has.

Therefore, she provides Dan with two choices: either he gives up half of his firm, or he gives her a respectable amount of exit money so that she can leave him.

Either way, she gives him the option to walk away from the relationship. Unfazed, she watches as Dan, in a fit of wrath, comes dangerously close to choking her. Zoe is portrayed by Amy Brenneman as a woman who has been rendered so emotionally fragile as a result of a previous divorce that she would not allow a man to take control of her free will and instead blackmails Dan into “accounting” for her.

As the show dives headfirst into the spy genre’s espionage subgenre in this episode of The Old Man, the show undergoes something resembling a seismic upheaval. And just like the best stories in the genre, The Old Man focuses on organizations and factions betraying and double-betraying each other in order to continue a version of the shadow war that was supposed to have ended with the conclusion of the cold war.

This version of the war was supposed to have ended when the cold war came to an end. And at this point, it is only being directed by older guys who have vengeance disguised as rational arguments, and legacy is being used as a pawn in this gigantic but ultimately pointless chess game.

For my part, I like the change in genre, which piqued my interest in the lie-filled tapestry that was being described. On the other hand, a few choices made throughout production have left me both confused and optimistic about the show’s eventual reward.