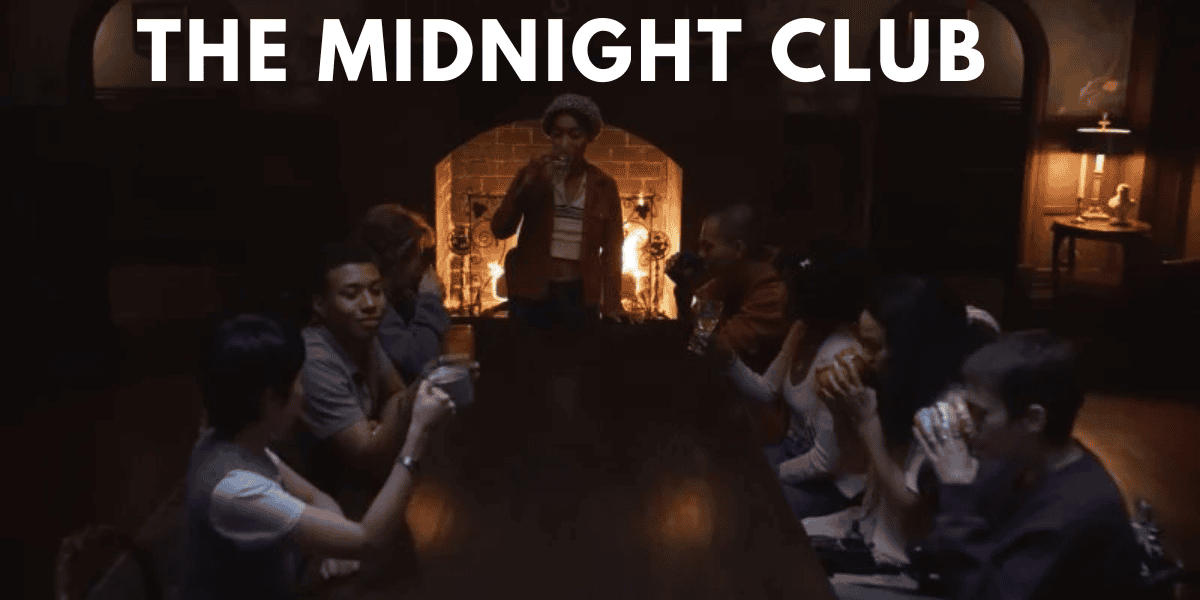 Mike Flanagan has stated that this is not the first time that he has attempted to adapt The Midnight Club. His new series on Netflix, which is based on a book written by young adult author Christopher Pike, will premiere on October 7, but Flanagan’s original attempt to create was a long and strange odyssey in and of itself, dating all the way back to the early 1990s and involving a supposedly reclusive author as well as a tragic backstory that very few people have ever heard.

The novel was written by Pike and published for the first time in 1994. It is about a group of young people who are all terminally sick and are receiving care in a hospice.

Every night, they get together to tell each other terrifying stories. In addition, they make a pact with one another, stating that should any of them pass away, the others will come back to life in some fashion to demonstrate that there is life beyond the one that has been cut short.

When he was a college student approximately three years later, he became convinced that The Midnight Club might be his first feature picture. He was attending Towson University in Maryland at the time, and he was nurturing long-distance aspirations of Hollywood from there.

Flanagan developed a screenplay and even drafted a business plan for his low-budget independent film, and he offered his friends and family the opportunity to invest their own money in the project. After he had finished putting everything together, he submitted the proposal to Pike’s publisher. “They sent me a cease and desist notice,” he says. “I should stop doing what I’m doing.”

That appeared to be the conclusion. Nobody else, even Flanagan, ever produced a version of The Midnight Club, but he never forgot the effect that even the cover made with its terrified children and the hooded person that stood before them. 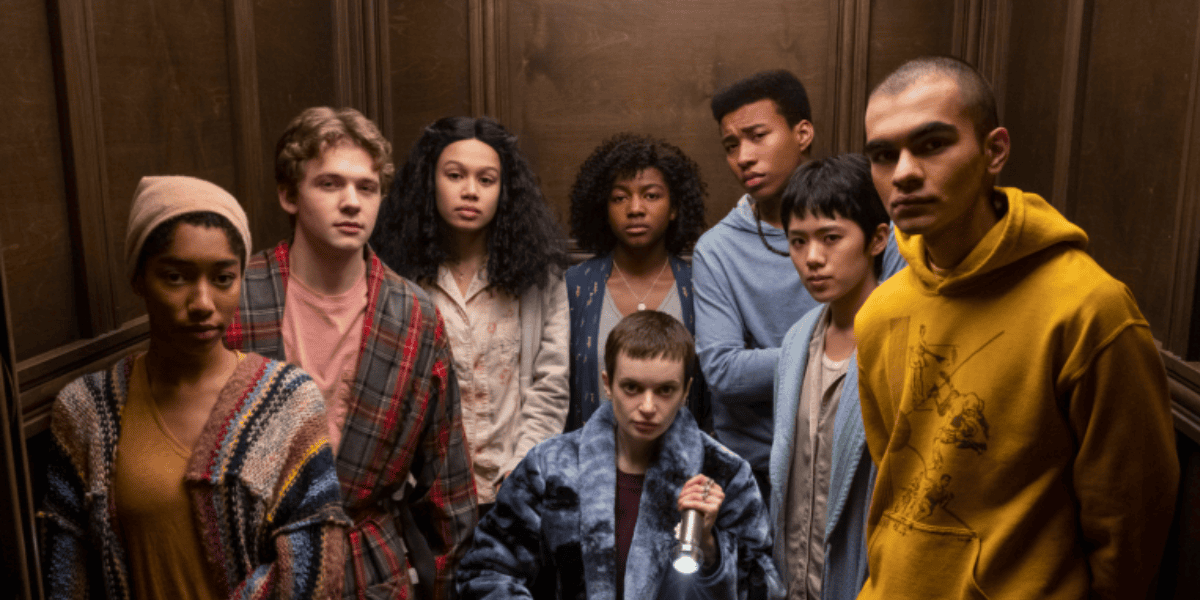 He claims that when he was a teenager, “The Midnight Club was a big shock to me because I assumed I was getting this pulpy little YA novella that would be about a terrifying Grim Reaper or whatever.” “But no, it was about teenagers who had to come to terms with fatal illnesses and mortality. Furthermore, it didn’t hold back there either.

It served as a true lesson on how to use genre to discuss really serious topics. I wasn’t quite ready to go on to Stephen King at this point. I had just finished reading Goosebumps by R.L. Stine and The House with a Clock in Its Walls by John Bellairs. This actually made my hair stand on end.

Pike’s writings featured aspects that may be gory, colorful, and violent and were noticeably edgier and more adventurous than those written for young readers. Flanagan explains, “It’s like, oh, my God, this is heavy.

Were we reading Pike books, “some of the first serious conversations I had with my peers about death and love and sex and drink and drugs and all the rest”? Many young readers at the time considered the books essential reading because of their unlawful content. According to Flanagan, “We always felt like we were getting away with something.”

Over the course of two decades, Flanagan steadily established his reputation as a writer-director with the releases of Oculus in 2013, Hush in 2016, and the King adaptations Gerald’s Game (2017) and Doctor Sleep (2018). (2019). His work for Netflix propelled him to new heights, and a few years ago he made the decision to reprise The Midnight Club as a TV anthology series that he co-created with writer-producer Leah Fong.

Making it an adaptation of multiple Christopher Pike books was their new strategy. They determined that the stories the kids tell each other at night would be adaptations of other Pike tales, along with all the baggage they hold about not fitting in, finding love, and feeling lost and alone. Even though the episode is set in the distant year 1994, some things remain the same.

The coming of age is “so sharp and immediate” when you combine the already-heightened difficulties of adolescence with mortality, according to Fong. Long before most individuals are aware that they must, these children are only facing the possibility of their own demise. We all do that, she asserts. “ 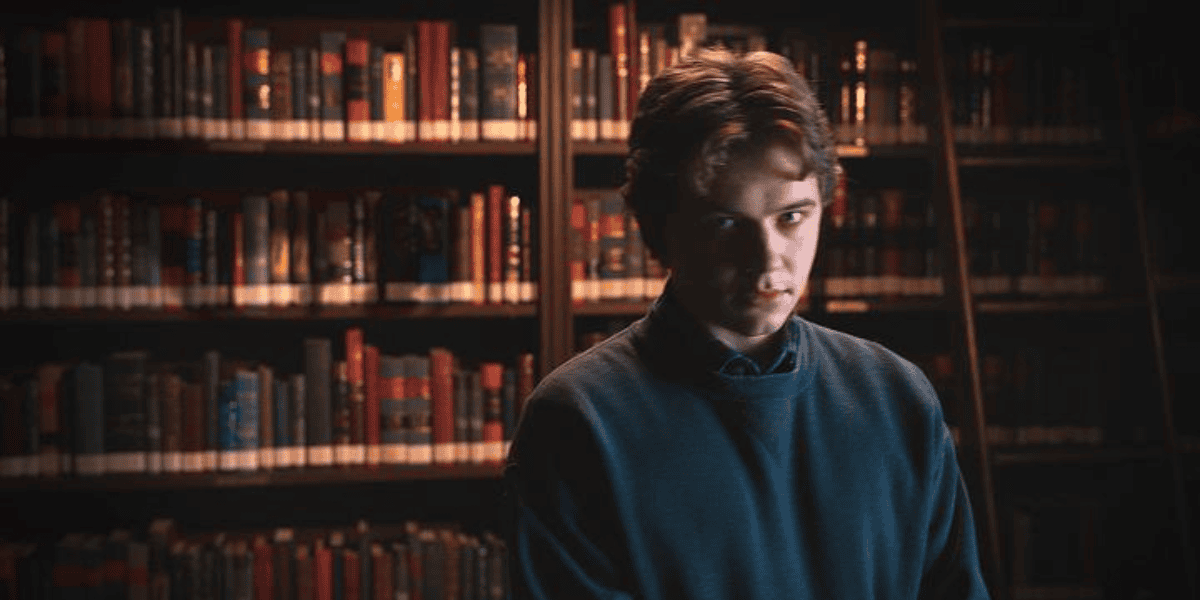 The Midnight Club became more difficult to pull off by adding many additional Pike films to the mix, but Trevor Macy, Flanagan’s producing partner at Intrepid Pictures, said they were essential to expanding the breadth of the series. Within the confines of the program, each one stands alone as a mini-movie that captures the perspective of the sick child who tells it.

It’s like having control over the final days of your life, or at least the final days you believe you have left, he says. The many responses each storyteller has to accept their own demise are depicted in these other works by Pike. That’s sometimes humorous, sometimes ranting into space, sometimes depressing, but it’s always relatable.

Naturally, doing all of this would require Pike’s approval on several occasions. According to Flanagan, “I didn’t know anything about him other than the fact that I enjoyed the books as a child and then wondered where he went. “The author, who published two books a year, suddenly stopped publishing.” I had always wondered why.

In Hollywood, Pike had a reputation for rejecting every adaptation. He was thought to be a recluse. Maybe he was just a made-up character, like Carolyn Keene from Nancy Drew, or maybe he wasn’t even real at all.

He turns out to be true. And he wishes that people didn’t hold some of these claims to be true.

Flanagan discovered him on Facebook, where Vanity Fair also discovered him. The phone rings shortly after sending a message: “Hello, this is Christopher Pike.”

Pike, who is currently 66, resides in Santa Barbara. He continues to write, but not as quickly as he did in the 1990s. While he appreciates his seclusion, he’s far from a recluse; after answering inquiries about his own work, he enthusiastically talks at length about other TV series and novels. His most recent book is 2015’s, Strange Girl. His real name is Kevin McFadden; Christopher Pike is just a pen name. But he goes by his middle name, Christopher. Since that is how readers perceive him, he claims it is probably best to use his pseudonym the majority of the time.